Bernie Sanders and Ted Cruz faced off for another 90-minute debate on CNN tonight, discussing President Donald Trump’s plan for tax reform. Even before the debate began, supporters from both sides began placing their “bets” on who they thought would walk away the winner. Now that you’ve seen the debate, who do you think should be declared the winner? Sen. Tim Scott joined Cruz and Sen. Maria Cantwell joined Sanders, so we will be including them in the poll too.

The debate was focused on Trump’s tax plan. Some were excited about the debate and glad to see the two face off again, after they first debated taxes in mid-October. Prior to that, they debated Obamacare in February. But others, especially those who are still upset about how the media virtually “ignored” Sanders during the Democratic primary, thought this was “too little, too late.”

Who do you think won? Supporters from both sides are feeling pretty passionate about their opinions on tonight’s debate. Let us know your thoughts in the poll below.

With attempts to repeal and replace Obamacare stalled, Republicans are now focusing on passing President Donald Trump’s tax reform plan. Tonight, Senators Ted Cruz and Bernie Sanders will debate the best path forward on this critical issue, including the Republicans’ desire to repeal the Obamacare individual mandate as part of remaking the tax code. The two are ideologically opposed, making this a debate that will likely generate a lot of conversations in the days to come. Sanders, Cantwell, Cruz, and Scott will also field questions from voters around the country at the Town Hall Debate. They last faced up on October 18 when they had their first tax debate. Before that, Sanders and Cruz debated in February when they addressed Obamacare.

While Republicans believe the tax reforms are going to help the middle class, Democrats believe the Republicans’ plan helps those at the top far more than those in the middle or at the bottom economically. A Senate Finance Committee tax plan is heading for a floor vote soon, and the Tax Policy Center has said that under this plan, half of taxpayers would be paying more by 2027, including 3/5 of households just above and below the median income and 2/3 of middle class households, according to CNN. However, upper class will also be affected, the Tax Policy Center predicted, with 54 percent facing higher taxes. But the top 1 percent would get tax cuts. Republicans, however, dispute these predictions. Fox News has said that the media is twisting the studies to claim it hurts the middle class. Their reports say that the increase in taxes is only due to the expiration of cuts at the end of 2025, not taking into account cuts to middle class taxes that would be implemented under a new plan or a likely extension of the former cuts. Fox says the the richest and the poorest would get the lowest tax cuts (5 percent) and those making $20,000 to $1 million would see cuts of 7.7 to 9.7 percent. If the plan did end up cutting taxes, Democrats have worried that might pull away votes. 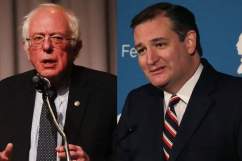