1. The Globe Interviewed 20 People Before Printing the Story

Four different men told the Globe that Hefner harassed or sexually assaulted them over the past few years: three saying Hefner grabbed their genitals, and one saying Hefner kissed him against his will.

The Globe’s account says their “account is based on interviews with 20 people who have dealt with Hefner or know his alleged victims. All of the men said they felt powerless to report the incidents because they feared alienating Rosenberg, with whom they believe Hefner has tremendous influence. Reporting Hefner’s behavior to Rosenberg or the authorities was a career-threatening prospect, they said.”

The newspaper gave anonymity to Hefner’s four accusers, because all must still work with Rosenberg and interact with Hefner. However, the Globe said, “Each of their stories was confirmed by people who witnessed or talked to the victims shortly after the incidents they described, and, in one case, by e-mails describing the alleged assaults soon after they occurred.”

The Globe account does specify that they found no indication Rosenberg was aware of Hefner’s alleged misconduct. Neither Hefner nor Rosenberg would speak to the Globe about the story, but both said they were surprised by the allegations.

2. Hefner is 38 Years Younger Than his Spouse

According to a February 2015 profile piece announcing the couple’s engagement in MassLive.com, Hefner and Rosenberg started dating in September 2008. Hefner interned in Rosenberg’s office before their romantic involvement, and from 2010 through 2013 was chair of The Rosenberg Committee, his partner’s fundraising and strategy organization.

When Rosenberg asked Hefner to marry him, Rosenberg was 65 years old and Hefner was 27.

3. Hefner has Long Been Viewed as a Potential Political Liability for his Husband 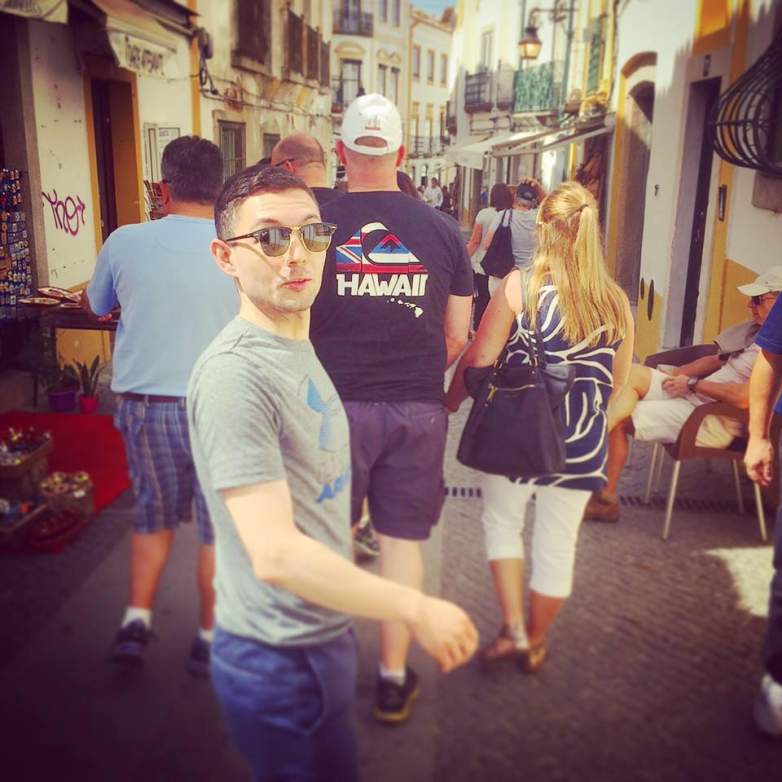 In December 2014, before Hefner and Rosenberg decided to marry but well after their romantic partnership became known (and after Rosenberg became the Massachusetts Senate’s president-elect), the Boston Globe noted that many state senators were concerned about certain behaviors exhibited by their incoming president’s partner. As the Globe noted, “Mocking tweets attributed to Hefner have sparked anger, as have his reported boasts about the influence he would wield when his partner takes over next month.”

At the time, Rosenberg assured his senatorial colleagues that he would erect a “firewall” between his public duties and private life (a claim MassLive mentioned two months later, when it announced Rosenberg and Hefner’s upcoming marriage).

When Rosenberg was elected president of the Massachusetts Senate, Hefner was working for Regan Communications Group, a prominent Boston public relations firm. In December 2014, after Hefner and Rosenberg’s relationship inspired much public scrutiny, Regan announced that Hefner would be reassigned to an office in Jupiter, Florida.

Hefner’s LinkedIn page, where he goes by his married name Bryon Rosenberg (although the page’s actual address is BryonHefnerMA), says he worked at Regan Communications from May 2014 to January 2015.

4. Hefner Used to be Considered a Success Story for Overcoming Long Odds

Bryon Hefner had a rough start in life, spending most of his childhood in and out of various foster homes. But he graduated high school at the top of his class, did well in college, and by age 28 had a job at a prestigious regional PR firm, and a fiance who’d recently been elected to one of the most powerful positions in state politics.

By late 2014, when Hefner’s behavior was generating concern in Massachusetts political observers, most coverage of Hefner came from that angle: a young man successfully overcomes a tough childhood, then starts sabotaging his adult success. The Boston Globe’s 2014 story covering concerns over Rosenberg’s partner’s behavior was headlined “For senator’s partner, uproar is unexpected turn in a resilient life” and kicked off by noting “Until recently, Bryon Hefner was widely considered a success story – a former foster child who was homeless, abused, and shuttled through a dozen homes but still managed to graduate from high school with honors and go on to college and a career.”

Similarly, when Bay Windows (a blog serving New England’s LGBT community) published its “Open Letter to Bryon Hefner” in December 2014, the letter said in part “You’ve heard this before —you’re a success story. Rising from a heartbreaking childhood, in and out of foster care—and finishing at the top of your high school class, on to college and at 28 you’ve got a job at the most powerful public relations firm in the region and your boyfriend is about to become one of the most powerful men in the state. And even better, he credits you with nursing him through illness and helping him come to terms with his sexual orientation. It’s a Cinderella story—starring you!”

In 2008, the Worcester Telegram featured Hefner in its story “Coming of Age,” about young adults who grew up in foster care (specifically, focusing on the fact that very few people, whether raised in foster care or by their own families, are able to achieve successful adult self-sufficiency the second they turn 18, which can be problematic for former foster kids who have state support pulled before they’re ready).

Most of the 2014-era Massachusetts political controversies regarding Hefner stemmed from GeneralHooker@24Beacon, a Twitter account which describes itself as “A candid & non-partisan look @ the pacesetters, game changers, & backbenchers that stalk the halls of the hub of the universe.” (“Hub of the universe,” of course, is a sarcastic reference to Beacon Hill, which is to Massachusetts as “Capitol Hill” is to the United States.) The most recent tweet on the account is from June 2014.

Despite the “no-partisan” promise in the bio, the account clearly had a bias against various state-level politicians; when senators first started expressing concerns over their colleague’s partner in 2014, one of their most-cited concerns was Hefner’s tweets mocking Therese Murray (then the outgoing president of the Massachusetts Senate), in addition to Hefner’s alleged boasts that he would influence his partner’s decisions on Beacon Hill.

There are only 66 tweets in the entire @24Beacon Twitter archive, with roughly half of them mocking Therese Murray. 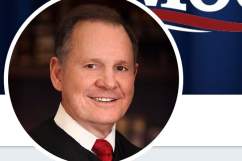