A Dallas man has been arrested in Washington D.C. after allegedly traveling to the capital to “kill all white police.” Michael Arega was arrested at around 4 p.m. on November 6 at Lafayette Park, directly in front of the White House. The suspect was taken into custody by the Secret Service after a “be on the lookout” notice had been sent out by the Montgomery County police department in Maryland at around 3 p.m., reports ABC Washington D.C.

1. Arega Wrote on Facebook Hours Before His Arrest, ‘Kill Trump in Jesus Name!!’

Arega has been regularly updating his Facebook page in the 24 hours prior to his arrest. He reposted a conservative news post showing Donald Trump’s reaction to the Sutherland Springs shooting. Above the status update, Arega wrote, “Kill him in Jesus name!!” However, just a week earlier, Arega posted a video from Trump’s propaganda-style White House news service. In the caption, Arega wrote, “True and real news. May God bless our President Donald Trump.”

2. Arega Was Unarmed at the Time of His Arrest

WUSA reports that Arega was arrested without incident. The suspect was unarmed at the time of his arrest. In a statement, the Secret Service said, “Secret Service personnel at the White House immediately increased their posture of readiness and began searching for Arega.” The agency later said that Arega was charged with making felony threats.

The day before his arrest, Arega checked in on Facebook at the Days Inn in Silver Spring, Maryland.

Online records show that Arega operated a construction company in the Dallas area named Rehoboth Concrete Construction. While on his Facebook page, Arega says that he works as a quality control inspector at Alpha Testing, another construction company. In his description of the job, Arega writes, “I am a king.”

Arega’s page is dominated by his various Christian preaching. In his life events section, Arega says that he last traveled to Washington D.C. in 2013. That same year, Arega says he traveled to New York City, Philadelphia and Dubai. Arega’s Facebook profile photo is an image that shows the name, “The All Nation Kingdom of God Church.”

4. The Secret Service Said in June 2017 that Trump Faced a Similar Number of Threats to President Obama

Speaking to reporters in June 2017, Secret Service Director Randolph “Tex” Alles told USA Today that there hadn’t been a significant rise in the number of threats made against the president. That came despite some high-profile threats against the controversial Republican president. Director Alles said that there are on average six to eight threat reports every day. Although Alles did say that Trump’s large family and willingness to travel to his various homes had created stress on the agency. The director said, “There are more places we have to protect by statute. That and the fact that he has a large family. That’s just more stress on the organization. We recognize that. It’s not something I have any flexibility.”

NBC Washington reports that there is little deterrent for those threatening and disrupt elements of the governments. The station report says, “Almost all of those arrested since 2014 are free from custody… at least two of them are missing and being sought by law enforcement.”

Arega’s connection to the Dallas-area will not doubt spark memories of the July 2016 police shooting in the city. On July 7, 2016, Micah Xavier Johnson ambushed cops in the city, killing five officers and injuring nine others. The attack came while activists were protesting the police shootings of Alton Sterling in Baton Rouge, Louisiana, and Philando Castile in Falcon Heights, Minnesota. Arega, an Afghan-war veteran, had been angry over police shootings of black men in America. That shooting was the largest loss of life incident for American law-enforcement officers since 9/11. 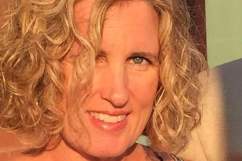 Loading more stories
wpDiscuz
0
0
Would love your thoughts, please comment.x
()
x
| Reply
A Dallas man has been arrested in Washington D.C. after allegedly traveling to the capital to "kill all white police."