On Nov. 17, entertainment news site The Wrap first reported that actress Aurora Perrineau (daughter of Lost actor Harold Perrineau) had gone to the police to accuse Murray Miller, a writer and executive producer for “Girls,” of raping her in 2012, when Perrineau was 17. Here’s five things to know:

When The Wrap first broke the story of Perrineau’s complaint against Murray Miller, it also reported that Miller’s attorney Matthew Walerstein said his client “categorically and vehemently denies Ms. Perrineau’s outrageous claims,” and that Walerstein’s own legal team had “gathered overwhelming evidence directly contradicting these false and offensive claims.”

Perrineau, for her part, declined comment beyond “I filed a police report today. I cannot talk about the investigation that is happening currently.”However, The Wrap also said it had the results of a polygraph test Perrineau said she took and passed in September, detailing her accusations against Miller.

According to Perrineau’s polygraph statement, she met Miller while she and two friends were at the Standard Hotel and she “consumed some alcoholic beverages.” She said Miller flirted with her, although “I told him repeatedly that I was 17 years old.” The statement goes on to say Miller asked Perrineau and her friends for a ride home because he was drunk, and they agreed. When they got to Miller’s house, she says, everyone got out of the car, and although she did not want to she “felt like I had to go along with everyone else.”

Then, according to her polygraph statement, “At some point, I woke up in Murray’s bed naked. He was on top of me having sexual intercourse with me. At no time did I consent to any sexual contact with Murray.”

A spokesperson for the West Hollywood Sheriff’s Office confirmed that the office took Perrineau’s report on Friday.

Shortly after The Wrap broke the news of Perrineau’s police visit and claims against Miller, the Hollywood Reporter received a statement from Lena Dunham and Jenni Konner, the co-showrunners for “Girls”:

During the windfall of deeply necessary accusations over the last few months in Hollywood, we have been thrilled to see so many women’s voices heard and dark experiences in this industry justified. It’s a hugely important time of change and, like every feminist in Hollywood and beyond, we celebrate. But during every time of change there are also incidences of the culture, in its enthusiasm and zeal, taking down the wrong targets. We believe, having worked closely with him for more than half a decade, that this is the case with Murray Miller. While our first instinct is to listen to every woman’s story, our insider knowledge of Murray’s situation makes us confident that sadly this accusation is one of the 3 percent of assault cases that are misreported every year. It is a true shame to add to that number, as outside of Hollywood women still struggle to be believed. We stand by Murray and this is all we’ll be saying about this issue.

Miller’s IMDB page lists Miller as having written seven episodes of “Girls” between 2013 and 2017. On Feb. 17, 2013, Dunham tweeted the presumably half-joking, half-serious comment “Tonight’s episode of Girls was directed by Claudia Weill, who is a living legend, and written by Murray Miller, who is a human garbage can.”

Tonight's episode of Girls was directed by Claudia Weill, who is a living legend, and written by Murray Miller, who is a human garbage can.

In October 2015, when entertainment news outlets reported that HBO had ordered from Dunham a pilot episode for “Max,” described as a half-hour feminist comedy set in the early 1960s, Murray Miller was announced as the writer for the pilot episode. (By September 2016, the entertainment-news coverage about Max had shifted to asking “When will Lena Dunham’s new HBO show premiere?” So far, it still has not.)

3. Miller Also Worked on Such Animated Comedies ‘King of the Hill’ and “American Dad’

Murray Miller was born in December 1976. His first TV writing credit was in 2002, when he was a staff writer for the animated series Clone High. He also wrote seven episodes of “American Dad” and five of “King of the Hill,” according to his IMDB page, and had producer or co-producer credit on several more. “Max” is the most recent writer credit listed on the page; for executive producer, it’s the 2017 movie Tour de Pharmacy.

In October 2012, he wrote a Daily Beast article about a “great art-hoax experiment” in which he agreed to impersonate artist Bert Rodriguez, at Rodriguez’ request, at the prestigious Art Basel art fair. As Miller summarized in the story’s subheading: “Helping a sculptor pull off an elaborate prank on hundreds of unsuspecting art-world blowhards taught me one thing: no one pays attention to anyone.”

4. Dunham Faced an Almost Immediate Online Backlash for her Support of Miller

“I always say that I can play sort of six variations on one girl, all of whom are a variation on me." @lenadunham #PAA pic.twitter.com/M28DWF5gSG

Other than the statement she released with Girl’s co-showrunner Konner, DUnham has not publicly commented directly on the allegations against Miller. But on the evening of Nov 17, she tweeted a comment widely interpreted as an oblique reference to Miller and her stated support of him: “I believe in a lot of things but the first tenet of my politics is to hold up the people who have held me up, who have filled my world with love.”

I believe in a lot of things but the first tenet of my politics is to hold up the people who have held me up, who have filled my world with love.

The backlash against the perceived hypocrisy of DUnahm’s Miller response (compared to previous things she’d said emphasizing the need to believe women who claim they’ve been raped or sexually assaulted) was swift and fierce. “Apparently Lena Dunham is a huge supporter of women coming forward with sexual assault unless it’s someone she knows personally and has held her up and filled her world with love,” a typical tweet said.

5. Aurora Perrineau had Already Been Professionally Acting for a Year When she says Miller Raped her

Aurora’s parents are both actors: Harold and Brittany Perrineau. Her father’s best-known TV roles include playing Augustus Hill in “Oz” and Michael Dawson in “Lost.”

Aurora Perrineau was born in 1994. Her first acting role was in 2011, when she played Bianca on “Pretty Little Liars.” Her best-known roles are arguably Shana in the 2015 Jem and the Holograms movie, or Iris in Equals that same year.

On Oct. 28, after the “WhoIsYourHarvey” Twitter hashtag (referring to alleged serial sexual abuser Harvey Weinstein) encouraged women to share their own stories or sexual harassment or assault, Perrineau tweeted what sounds in retrospect like an oblique reference to her own alleged rape by Miller (spacing errors lifted form the original): “I was sowrapped up in blamingmyself that I failed to even recognizethat I hadbeen sexuallyassaulted”. The tweet included a link to an article about #WhoIsYourHarvey published in The Wrap, the same outlet which later broke the story of Perrineau’s allegations. 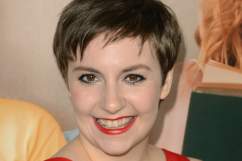