At 85 years old, and as the senior member of the high court’s four-person liberal wing, Ginsburg has had a series of health issues. Since the 1990s she has suffered two bouts of cancer as well as heart problems.

On November 8, it was revealed that Ginsburg had fallen in her office and fractured three ribs. This isn’t the first time this has happened: she also fractured two ribs in 2012.

Appointed by President Bill Clinton, Ginsburg took the Oath of Office on Aug. 10, 1993.

She is the oldest serving justice, while Justice Stephen G. Breyer is 78, and Justice Anthony M. Kennedy, who has sided with liberals on key issues, is 80. And when it comes to length of service on the court, only two of the other current justices have served longer – Kennedy and Justice Clarence Thomas.

Since the February 2016 death of Justice Antonin Scalia only 8 justices have served on the court. Trump has appointed conservative U.S. Court of Appeals Judge Neil Gorsuch, 49, as Scalia’s replacement, who is awaiting confirmation.

But with an aging bench, Trump stands to have a major impact on the court’s future.

Last year, after Ginsburg called him a “faker” who “really has an ego,” he shot back on Twitter, asking her to resign. Ginsburg later apologized.

Justice Ginsburg of the U.S. Supreme Court has embarrassed all by making very dumb political statements about me. Her mind is shot – resign!

Last summer, Ginsburg said in an interview that she won’t step down from her job “as long as I can do it full steam.”

In a recent BBC interview, she said she looked to the example of Justice John Paul Stevens, who served until he was 90.

But, she said, “at this stage of my life I take it year by year.” 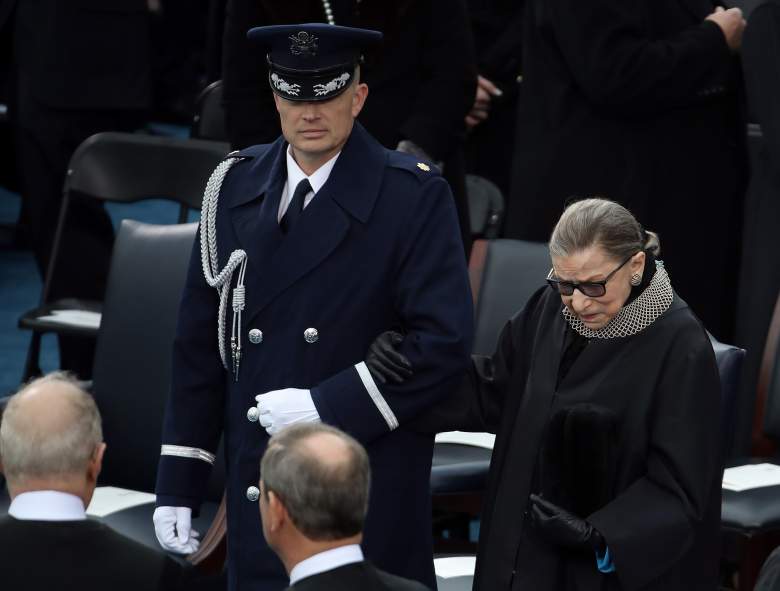 In 1999, Ginsburg was diagnosed with colon cancer. She successfully underwent surgery, chemotherapy, and radiation to treat it.

But during a routine scan in 2009 at the National Institutes for Health, doctors discovered a small cancerous tumor in her pancreas. Although at the time the diagnosis seemed grim, she successfully recovered.

Neither bout of cancer caused her to miss any significant time on the bench.

Later on in 2009, while undergoing outpatient treatment for iron deficiency, she spent a night in the hospital after feeling lightheaded.

Most recently, on Nov. 26, 2014, she felt discomfort after a workout session with her personal trainer, and was admitted to the hospital. Doctors placed a stent in her heart.

When it comes to her immediate family health history, her mother, Cecilia Bader, died of cancer at the age of 47, when Ruth was only 17.

Her husband Martin Ginsburg died in 2010 at the age of 78, after battling cancer.

Back in 1999, after her bout with colon cancer, Ginsburg, who stands 5’1” and weighs just over 100 pounds, wanted to regain strength so she started a regular workout regimen with personal trainer Bryant Johnson.

Ginsburg works out for about an hour twice a week in a gym inside the Supreme Court. Her normal workout time is around 7 p.m.

Her workout includes a wide variety exercises, from squats and rows to balance and core work. She can chest press press 70 pounds, according to her trainer, who also works with two other Supreme Court justices.

Just before her 80th birthday, she was able to do 20 pushups.

4. She Likes Being Notorious RBG

When she was first appointed to the Supreme Court, she was called the Thurgood Marshall of gender equality law.

But it wasn’t until Justice Sandra Day O’Connor stepped down from the bench in 2005 that Ginsburg – then the sole woman on the court – started to step forward as an outspoken leader.

And by 2007, Supreme Court watchers said she became more vocal, issuing powerful dissents and choosing to read them aloud, something she hadn’t often done previously.

By 2013, she became a unwitting hero on social media, with the launching of the Notorious R.B.G. page on Tumblr, which spawned a range of merchandise bearing her likeness.

Ginsburg was unaware of she’d become a phenomenon until a law clerk told her about the Tumblr page, which was created by an NYU law student who compared the petite Ginsburg to rapper Notorious B.I.G.

Ginsburg got a kick out of the site, and she and her grandchildren follow the Tumblr account. In fact, Ginsburg has said she has a large supply of Notorious RBG T-shirts, which she has given as gifts.

5. She Doesn’t Need the Money

Ginsburg grew up in a low-income, working-class neighborhood in Brooklyn. Her father was a furrier and her mother worked in a garment factory.

She graduated with a bachelor’s degree in government from Cornell University in 1954, finishing first in her class. That same year she married law student Martin D. Ginsburg. The first few years of their marriage were challenging, as their first child, Jane, was born shortly after Martin was drafted into the military. Ginsburg put the rest of her education on hold until he returned from military service.

Last #tbt before you can hold all the throwbacks in your hands! #NotoriousRBG book out on Tues.! ? (c.1953 @Cornell) pic.twitter.com/Yr8IOY6rp5

Ginsburg and her husband eventually both graduated from law school, and over the years their fortunes improved considerably.

According to the Center for Responsive Politics, Ginsburg ranks second in the judicial branch when it comes to personal wealth, with an estimated net worth of nearly $10.6 million.

It has dipped significantly over the years, from a high of more than $31 million in 2007.

The most recent document shows Breyer ranking first among the justices in net worth, at just under $12 million.

Ginsburg’s most recent financial disclosure also shows dividend income from a variety of investments, as well as travel costs she received for participating in several law-related programs or lectures. 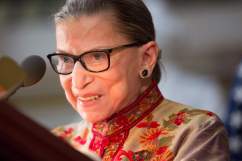 Loading more stories
wpDiscuz
12
0
Would love your thoughts, please comment.x
()
x
| Reply
Supreme Court Justice Ruth Bader Ginsburg, 84, has suffered from cancer and heart disease, and is the oldest member of the nation's highest court. Will she remain on the bench?