Democratic congressman Jim Clyburn of South Carolina is in hot water over his answer to a question posed to him by Cedric Richmond, current Democratic chair of the Congressional Black Caucus, regarding why fellow Democrat John Conyers is refusing to step down from his job after allegations of sexual impropriety, when men in other industries stepped down (or were forced to leave).

A video tweeted by Alex Moe, Capitol Hill producer for NBC, shows Clyburn walking to an elevator while Richmond asks “Other men in other industries have faced similar accusations … and gotten out of the way, resign, stepped down, far faster than he has, right … Harvey Weinstein, Charlie Rose, Matt Lauer?”

.@Clyburn You just used a WH talking point for defending Trump against all of his accusers. And I guess we should all ready ourselves for acceptance of Roy Moore should he be ‘elected’. Dems had the opportunity to take the morale high road and this is what we do? Disappointed.

Clyburn curtly responded, “Who elected them?” just before stepping into the elevator and letting the doors close behind him.

This is hardly the first time Clyburn has dismissed the allegations against Conyers; on Nov. 21, the day after BuzzFeed first broke the news that Conyers had spent money from his office operating budget to settle sexual-harassment claims brought against him by a former staffer, the New York Times ran a story headlined “Democrats Move Swiftly Against Conyers Amid Latest Harassment Charges.”

However, not all of the Democrats mentioned in the Times story lived up to the headline; the article ended with a quote from Clyburn saying he was not sure the claims “have any real substance ….You can’t jump to conclusions with these types of things. For all I know, all of this could be made up.” 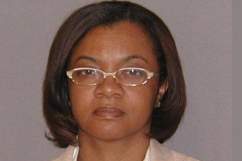