The campus was on lockdown for over two hours but around university officials said the lockdown was over and gave an “all clear.”

RamALERT: Campus Police has issued an ALL CLEAR for the previous alert. You may resume normal activity on campus.

Winston-Salem police told FOX8 WGHP that one person was stabbed near Hill Hall and a suspect is being sought by police. The victim was identified as Terrence Semple, a 20-year-old sophomore from Fayetteville, North Carolina. His medical condition is unknown.

There were reports of a gunman on campus, but the Winston-Salem Journal said that turned out not to be true.

Students posted several messages asking what was happening on the campus after receiving alerts of a lockdown just after 1 p.m. local time.

A reporter with NBC affiliate WXII said there was police activity at the intersection of Cromartie Street and Martin Luther King Jr. Drive.

According to the Winston Salem State University website, the campus has 5,107 students, 313 faculty and is located on 117 acres. The college was founded in 1892. African-American activist Louis Farrakhan is an alumni of the university.

Nearby Salem College in Winston-Salem said there was no threat on its campus, but officials were monitoring the situation, according to the school’s newspaper The Salemite.

“Salem College director of Public Safety Chief Chris Batista informed the Salem community about the situation, stating that there is currently ‘no known threat to our campus,'” the paper reported. 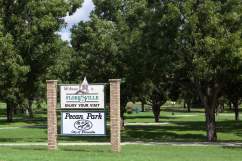 Loading more stories
wpDiscuz
0
0
Would love your thoughts, please comment.x
()
x
| Reply
There are reports of a stabbing at Winston Salem State University in North Carolina. Here's what you need to know.