Senator Al Franken has announced in a speech from the Senate floor that he will be resigning from the Senate in the “coming weeks.” You can watch the Minnesota Democrat’s speech above.

“A couple months ago I felt that we had entered an important moment in the history of this country. We were finally beginning to listen to women about the ways in which men’s actions affect them. The moment was long overdue,” Franken said. “I was excited for that conversation and hopeful that it would result in real change that would make life better from women all across the country and in every part of our society.

“Then the conversation turned to me. Over the last few weeks a number of women have come forward to talk about how my actions have affected them. I was shocked. I was upset. But in responding to their claims, I also wanted to be respectful of that broader conversation, because all women deserve to be heard and their experiences taken seriously,” he said.

Eight women have come forward with allegations against Franken in the past month, including two women who shared their stories on Wednesday. More than 30 Democratic senators, led by women, spoke out on Wednesday to call for Franken’s resignation. Franken said he thinks he was right to give his accusers respect, but did not admit to all the allegations against him.

“It gave some people the false impression that I was admitting to doing some things that I haven’t done. Some of the allegations against me are simply not true. Others I remember very differently,” he said. “I said at the outset that the Ethics Committee was the right venue for these allegations to be heard and investigated and evaluated on their merits. That I was prepared to cooperate fully and that I was confident in the outcome.”

Franken said, “I know in my heart that nothing I have done as a Senator, nothing, has brought dishonor on this institution. And I am confident that the Ethics Committee would agree. Nevertheless, today I am announcing that in the coming weeks I will be resigning as a member of the United States Senate.”

The departing senator then used his moment in the spotlight to address the sexual harassment and misconduct accusations that have been made against President Donald Trump, and the sexual assault and child molestation accusations against Republican Alabama Senate candidate Roy Moore.

“I of all people am aware that there is some irony in the fact I am leaving, while a man that has bragged on tape about his history of sexual assault sits in the Oval Office,” Franken said. “And a man that has repeatedly preyed on young girls campaigns for the Senate with the full support of his party.

“But this decision is not about me, it’s about the people of Minnesota. It’s become clear that I can’t both pursue the Ethics Committee process and at the same time remain an effective Senator for them. Let me be clear, I may be resigning my seat, but I am not giving up my voice, I will continue to stand up for the things that I believe in as a citizen and as an activist. But Minnesotans deserve a Senator who can focus with all her energy on addressing the challenges that they face everyday,” Franken said.

According to NBC News, Franken’s resignation will be effective as of the end of the year.

Franken said “I am proud that during my time in the Senate I have used my power to be a champion for women. And that I’ve earned a reputation as someone who respects the women I work alongside everyday. I know there’s been a very different picture of me painted over the last few weeks, but I know who I really am.”

Franken’s seat will be filled by Minnesota’s Democratic Governor Mark Dayton. The interim senator would serve until 2018, when voters would pick someone to finish the final two years of Franken’s term.

Franken faced a wave of calls for him to step down on Wednesday, with at least 32 Democratic senators, including 13 women and 19 men, telling him to resign, according to CNN.

New York Senator Kirsten Gillibrand was the first to call for Franken to resign on Wednesday. “While Senator Franken is entitled to have the Ethics Committee conclude its review, I believe it would be better for our country if he sent a clear message that any kind of mistreatment of women in our society isn’t acceptable by stepping aside to let someone else serve,” she wrote on Facebook.

In a statement from her office, Senator Amy Klobuchar, Minnesota’s other senator, said Wednesday, “Senator Klobuchar personally spoke with Senator Franken this morning. As has been reported, he will be making an announcement tomorrow morning.”

Senator Bob Casey was the first male colleague of Franken’s to call for him to step aside Wednesday. He has since been joined by several others, including Minority Leader Chuck Schumer. Democratic National Committee Chairman Tom Perez also called for Franken to resign.

The calls for Franken’s resignation came on the same day that two more women came forward with accusations against him.

A former Democratic Congressional aide, whose name was withheld to protect her identity, told Politico that Franken tried to forcibly kiss her after a taping of his radio show in 2006, three years before he became a senator. The woman said she had accompanied her boss to Franken’s studio. After her boss left the room following the taping, she was gathering her belongings when she said she came face to face with Franken.

“He was between me and the door, and he was coming at me to kiss me. It was very quick, and I think my brain had to work really hard to be like ‘Wait, what is happening?’ But I knew whatever was happening was not right, and I ducked,” the woman told Politico. “I was really startled by it, and I just sort of booked it towards the door, and he said, ‘It’s my right as an entertainer.'”

Franken, who had called for an ethics investigation into the accusations to be conducted, denied the former aide’s accusation, telling Politico, “This allegation is categorically not true and the idea that I would claim this as my right as an entertainer is preposterous. I look forward to fully cooperating with the ongoing ethics committee investigation.”

Later Wednesday, Tina Dupuythe former communications director for Democratic Congressman Alan Grayson, wrote in The Atlantic that she was groped by Franken in 2009. 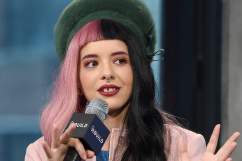 Loading more stories
wpDiscuz
0
0
Would love your thoughts, please comment.x
()
x
| Reply
Senator Al Franken has announced in a speech from the Senate floor that he will resign from office. You can watch video of his speech here.