Getty The race between Roy Moore and Doug Jones is expected to be tight.

Alabama Republican Roy Moore said Tuesday night that “when the vote is this close, it’s not over” after results showed he had been defeated by Democrat Doug Jones in the special election to replace Attorney General Jeff Sessions in the U.S. Senate.

Moore and his campaign indicated that they think a recount could be possible and did not concede. Jones, meanwhile, has declared victory. With 99 percent of precincts reporting, Jones holds a 50 percent to 48.3 percent lead, according to Decision Desk HQ.

According to Alabama election law, a recount is automatically triggered if the margin is less than or equal to 0.5 percent. The losing candidate could submit a written waiver of the recount.

Recount rules: Under Alabama state law, a recount is automatically ordered when a candidate wins by no more than 0.5 percent of all votes cast for the office. That means the recount threshold will be a margin of somewhere between 5,000 and 7,000 votes

“The votes are still coming in and we’re looking at that. … It’s not over and it’s going to take some time,” Moore said.

A Moore campaign spokesperson said there could be a recount and that military ballots have not been counted yet. He could also request a recount within 48 hours of the certification of the election results at his own cost. The vote will be certified “later this month.”

If the recount is triggered automatically, it would be paid for by the state.

“Costs shall be kept to a minimum by using county personnel or volunteer workers whenever possible. The recount shall be conducted under the supervision of a trained and certified poll official. Representatives of opposing interests shall be given at least 24 hours’ notice and shall be invited to participate in the recount,” state law says. “The recount shall be conducted as simply as the type of equipment and local conditions permit provided that the following minimum safeguards are observed. The voted ballot container or envelope holding the ballots shall be delivered unopened, and still sealed in the original container, to the inspector in charge of the recount.

“A representative of the authority having custody of the ballots shall be present during the recount. The recount shall consist of reading the ballots through the counter. Any ballot that was counted in the original election, but is rejected by the counter in the recount, shall be counted by hand. Representatives of opposing interests may participate in the hand recount, and any unresolved disputes over the interpretation of the intent of the voter may be appealed to the canvassing board,” state law says.

“When the recount has been completed, the ballots shall be returned to their container along with a printout of the recount results. The ballot container shall be sealed and signed by the inspector conducting the recount and the sheriff or sheriff’s representative,” state law says. “If the recount produces a change in precinct totals of sufficient magnitude to alter the result of the election, the outcome shall constitute grounds for an election contest as now prescribed by law.”

If the results are close, but not within 0.5 percent, a losing candidate may petition for a recount of any or all precinct returns within 48 hours, according to state law.

“The petitioner must be prepared to pay the cost of the recount and shall give security to cover these costs. The canvassing authority shall set the amount of the security based upon an estimate of actual costs,” state law says. “The costs shall be kept to a minimum by using county personnel or volunteer workers whenever possible. However, the recount must be conducted under the supervision of a trained and certified precinct election official. Representatives of opposing interests shall be given at least 24 hours’ notice and shall be invited to participate in the recount.”

Recount procedures would be the same as if it was an automatic recount. If the recount changes the results of the election, then the state or county would pay for the costs.

Alabama Secretary of State John Merrill told The Young Turks that it is rare for a recount to occur.

“A recount cannot just be ordered because somebody felt like there needed to be one. Somebody needs to pay for it [in that case],” Merrill said Tuesday. His office would oversee a recount if it occurred.

Voters exit after casting their ballots at a polling station setup in the Fire Department on December 12, 2017 in Gallant, Alabama.

One issue with a possible recount has been raised in recent days. According to The Guardian, a last minute ruling by the state’s Supreme Court could “impede recount procedure.” A group of citizens had been fighting for the preservation of electronic ballet records.

The Guardian reported, “A court in Montgomery, the state capital, issued an injunction on Monday afternoon ordering election officials around the state to preserve digital images of the ballots cast by Alabama voters” in the special election. “But the supreme court stayed that injunction almost immediately following a protest lodged by Alabama’s chief election official, the secretary of state, John Merrill. Voting rights experts denounced the ruling as a blow to transparency in a state that already has a flawed vote recount procedure and a somewhat checkered history of questionable election outcomes that the state’s senior officials and courts have allowed to go unchallenged.”

“The records for federal elections are required by law to be preserved for 22 months after the election occurs,” Merrill told AL.com on Tuesday.

Priscilla Duncan, the attorney fighting for the preservation of the ballot images, told the news site that the “the paper ballots aren’t really what’s counted” unless there is a statewide recount, which would be “cost-prohibitive.”

She said, “he fact that none of their arguments makes any sense just makes you wonder what’s really at stake here. These machines are hack-able … That’s what worried us. It’s just all about transparency. It’s like saying, ‘well, we don’t need a car because we have a horse and buggy.'”

Experts questioned the decision to destroy the digital ballots. John Sebes, chief technology officer for the OSET Institute, a California non-profit dedicated to election integrity told Al.com that digital copies and paper ballots could be checked for glitches and fraud. The two could be compared to show whether machines are scanning properly.

“If it goes to a recount, we’re going to have to go through some legal battles to get to the point where we’re actually counting paper ballots,” Sebes told AL.com. “I think having digital backups would help.” 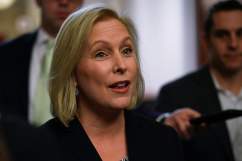 Loading more stories
wpDiscuz
0
0
Would love your thoughts, please comment.x
()
x
| Reply
The Senate race between Republican Roy Moore and Democrat Doug Jones is expected to be close. Here are the Alabama recount laws and procedures.