Anastasia Knyazeva is being called “the most beautiful girl in the world.” The 6-year-old Russian model has obtained social media fame, with hundreds of people liking and commenting on photos each and every day.

Knyazeva has already landed numerous modeling gigs and seems to be following in the footsteps of some of the most successful child models in the world.

Knyazeva already has quite the following on Instagram. Her mom runs the page, which is filled with tons of comments from more than half a million followers. The page was started in 2015, but has increased in popularity in recent months, especially as Knyazeva becomes more and more well known.

According to the Daily Mail, Knyazeva’s followers are enraptured by her “doll-like features and striking blue eyes.”

“I think she is the most beautiful girl on the earth,” commented one Instagram user.

“What a beautiful eyes,” wrote another.

Knyazeva has one sibling, an older brother, who sometimes makes appearances on her Instagram page. You can see a photo of them together below.

A post shared by Анастасия Князева (@knyazeva_anastasiya_official) on Sep 3, 2017 at 7:24am PDT

2. She Is Represented by President Kids Management

Knyazeva is signed with President Kids Management. Through the company, Knyazeva has landed several modeling gigs over the past two years. She has modeled for major brands like Amoreco and Kisbiana and recently landed her biggest gig yet, becoming the face of popular Russian children’s brand, Chobi Kids.

According to the Daily Mail, Knyazeva was “voted the face of Little Miss Aoki, a line from luxury children’s couture house Mischka Aoki, in October [of] last year.”

Below is a description of the brand.

“Little Miss Aoki – under creative and direction of Winnie -The President and Founder of Mischka Aoki, set to launch this Spring/Summer 2017 season on LittleMissAoki.com and prestigious retailers worldwide. Offering fashion-forward dresses, using signature tulle and embroidery while adding in some fun, playful silhouettes. This long awaited new line will express a fresh styles and ideas, that present a simpler taste of Mischka Aoki & it is destined to become a fashion phenomenon of its own.”

3. She Has Taken Over the Coveted Title of ‘Most Beautiful Girl’ from Child Model Kristina Pimenova

In 2014, the world was introduced to model Kristina Pimenova. When she was just 9 years old, her look landed her a contract with LA Models in the United States. Her career was a bit tainted, however, when her mom, Glikeriya Pimenova, was accused of posting “provocative” photos of the child.

Despite this controversy, however, Kristina Pimenova is a very successful model. At age 11, she has already modeled for Roberto Cavalli, Dolce & Gabbana, Armani, and Benetton.

Knyazeva has also drawn comparisons to French model Thylane Blondeau, who was called “the most beautiful girl in the world” when she was a young child. The now 16-year-old was just 6 when she broke into the modeling world. She is known as the youngest model to star in French Vogue, according to the Daily Mail.

Blondeau rose to fame when she was just a child, and has an a very successful career in the industry. She is currently signed with WME/IMG. According to the Mirror, Blondeau is now a brand ambassador for L’Oreal Paris and she recently walked the runway for the Michael Kors show during New York Fashion Week.

Blondeau has amassed 1.8 million followers over the last decade. She often shares photos of her ads, and recently posted the below photo, showing her in print for Polo by Ralph Lauren.

4. Her Mom Has Faced Serious Backlash

Not unlike Kristina Pimenova’s mother, Knyazeva’s mother, Anna, has been faced with a good amount of criticism over the past couple of years. Ever since she started posting photos of her daughter, there have been negative commenters asking why the child wears so much makeup and why she rarely smiles.

“I’d like to know how much make-up her parents give her before each photo,” wrote one Instagram user.

“Why does not she smile? She is a child,” wrote another.

Anna Knyazeva has not responded to her critics. Instead, she chooses to focus on her daughter and continues to post stunning photos of the long-haired beauty.

What many parents don’t realize is that sometimes sharing photos of their children — especially having them dolled up for “work” — is considered a violation of that child’s personal information because the child doesn’t understand how the internet works or he or she may be too young to consent.

“The problem with baby branding is that firstly you are sharing information about them without their permission, and secondly you are creating a voice which isn’t actually theirs, and this means that people are getting to know you and not your child,” psychologist Emma Kenny explained to Yahoo! Lifestyle.

“Sharing pictures, media, and social content online isn’t very safe statistically, and with recent figures suggesting that grooming online is at pandemic levels, protecting your child needs to be a parent’s priority,” she added. 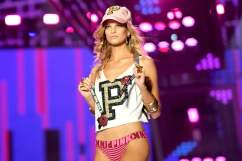 Loading more stories
wpDiscuz
0
0
Would love your thoughts, please comment.x
()
x
| Reply
Anastasia Knyazeva, 6, has been called "the most beautiful girl in the world." She recently landed a gig with popular Russian brand, Chobi Kids.