A genius new app developed by Facebook,”Messenger Kids,” was designed to put parents at ease while making it easier for children to safely communicate online via video chat and messenger with friends and family.

While federal law prohibits children under the age of 13 from having Facebook accounts, the social media leader has acknowledged that many of them are going to be online anyway. The app is a sure-fire way to give parents more confidence about their kids using the feature since they’ll have control from their own Facebook accounts. The “Facebook newsroom” announced:

To give kids and parents a fun, safer solution, we built Messenger Kids, a standalone app that lives on kids’ tablets or smartphones but can be controlled from a parent’s Facebook account. Whether it’s using video chat to talk to grandparents, staying in touch with cousins who live far away, or sending mom a decorated photo while she’s working late to say hi, Messenger Kids opens up a new world of online communication to families. This preview is available on the App Store for iPad, iPod touch and iPhone.

The app was rolled out on December 4 after Facebook talked with thousands of parents and experts in the United States who found there was a major need for a messaging app that would allow kids to connect with people, but with parents having control over the conversations and contacts.

Facebook rolls out a Messenger app just for kids pic.twitter.com/ZYXCmZfel6

While the app is only available to Apple users at the moment, Facebook said the feature will be “coming to Amazon App Store and Google Play Store in the coming months.”

To get started with the promising new app, Facebook provided the following instructions:

Every child account on Messenger Kids must be set up by a parent. For parents, setting your child up with a Messenger Kids account is done in four steps:

1. Download: First, download the Messenger Kids app on your child’s iPad, iPod touch, or iPhone from the App Store.

3. Create an account: Finish the setup process by creating an account for your child, where all you’ll need to do is provide their name. Then the device can be handed over to the child so they can start chatting with the family and friends you approve. 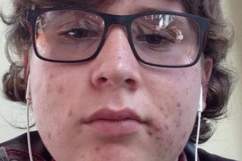 “Messenger Kids is full of features for kids to connect with the people they love,” Facebook stated. “Once their account is set up by a parent, kids can start a one-on-one or group video chat with parent-approved contacts. The home screen shows them at a glance who they are approved to talk to, and when those contacts are online.”

The children’s app includes appealing features to kids such as “Playful masks, emojis and sound effects bring conversations to life,” according to the social media guru.

There will be no ads in Messenger Kids and the information from the app will not be used for ads. It was “designed to be compliant with the Children’s Online Privacy and Protection Act (COPPA)” and downloading it is free of charge with no in-app purchases.

“We’ve worked extensively with parents and families to shape Messenger Kids and we’re looking forward to learning and listening as more children and families start to use the iOS preview,” the news release continued. 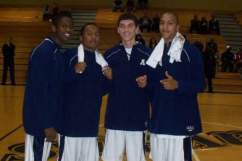 Howell ‘Trai’ Donaldson: An Interview With a ‘Close Friend’ of the Suspected Tampa Serial Killer

Read More
Apps, Breaking News, Facebook, Parents, Social Media, Technology
A new app, "Messenger Kids," was developed by Facebook with the intentions of allowing children to safely communicate while their parents have control through their own accounts. Read everything you need to know about the new app here.