Troy Police Department Justin Mann and James White have been charged in the "savage" slayings of two women and two children in Troy, New York. They were arrested Saturday, several days after the shocking quadruple murder.

Two men have been charged with murder in the “savage” killings of two women and two children in Troy, New York.

The victims were found dead on December 26 in a basement apartment at 158 2nd Avenue in the Lansingburgh section of Troy by the building’s property manager. Police Chief John Tedesco said last week, “After being in this business for 42 years, I can’t describe the savagery of a person who would do this. I don’t have the word. Only a person of savagery would do something like this.”

Tedesco said the victims were targeted, but police have not said if they know the motive for the killings.

“There are indications at the crime scene that this was not a random act,” Tedesco said.

Police sources said investigators identified Mann and White as suspects after receiving tips from members of the community and reviewing security camera footage from the city of Troy, the Times Union reports.

1. The 4 Victims Were Found Tied Up With Their Throats Cut in the Basement Apartment Almost 5 Days After They Were Killed

Police have called the killings “horrific,” but have released few details about how the four victims were killed. According to police, it appears that the two women, Shanta Myers and Brandi Mells, and the two children, Jeremiah “JJ” Myers and Shanise Myers, were killed about 9 p.m. on December 21. They were found nearly five days later, about 12:50 p.m., on December 26.

Sources told the Albany Times Union that police found the four victims tied up, with their hands and ankles bound. Their throats appeared to have been cut.

The newspaper reports that the two children were found kneeling with their heads and chests on a bed. One of the women was on a mattress on the floor and the other was nearby, face down, but covered with a sheet, according to the Times Union.

A bloody knife was found on a ledge close to the victims, police sources told the newspaper. A second knife was on a bed near the victims, sources said.

Myers older son was in Massachusetts at the time of the killings and told the Times Union he was afraid he would be next.

“I’m scared to go to the corner store,” Isaiah Smith, 15, told the newspaper “I’m not sure if they’re coming for me next.”

15 yr old Isaiah Smith's mother, brother, & sister are 3 of the 4 victims in the #Troy quadruple homicide.

"What happens if that was your family and you were the only one who survived?" pic.twitter.com/V7qusGMtns

He said his mother and siblings moved in with Mells earlier this year, but because of the apartment’s size, he stayed with a relative. A family member told The Daily Beast that Isaiah went to the apartment on December 23 to deliver Christmas presents for his siblings, but the door was locked.

“He maybe thought they wasn’t home at that moment. Nobody would have thought anything like this would have been going on,” Sharonda Bennett, Mells cousin, told The Daily Beast. 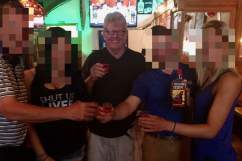 2. Mann, Who Is on Parole for a Robbery Conviction, Was Friends With Brandi Mells

A Troy Police cruiser remains parking in front of 627 Hamilton Street in Schenectady, where Justin Mann lived, and where police say he and James White were arrested Friday night, charged with 4 gruesome murders in Troy. pic.twitter.com/InmQ9P2WhF

Police were still at the scene Saturday morning.

Mann is currently on parole, police said. According to New York Department of Corrections records, Mann was convicted of robbery in 2014 and sentenced to five years in prison. He was paroled in June 2017. His supervision by the DOC is set to expire in 2019.

Police said both suspects have criminal records, but details about White’s history were not immediately available.

Justin Mann, 24, is lead away to jail after pleading not guilty to four counts of felony murder, including one first degree charge. pic.twitter.com/Q3BjA0UkEz

Police Chief James Tedesco said at a press conference Saturday morning that one of the victims knew one of the suspects, but declined to elaborate. The Daily Beast reports that Mann was friends with Brandi Mells, according to her girlfriend’s family.

“I never seen him before a day in my life, neither of them,” Shanta Myers’ nephew Khalif Coleman told The Daily Beast. “But some of my family members recognize him as Brandi’s friend. He supposedly always hung out with her.”

3. Chief Tedesco Said It Is a ‘Good Feeling’ to Have the 2 Men in Custody

Chief James Tedesco said at a press conference Saturday morning that it is a “good feeling” to have the two men in custody. He said no other arrests are expected, but the investigation is ongoing.

“I don’t have to tell you what a good feeling it is to have these two in custody,” he told reporters. “It’s a great feeling of relief. This was never an us versus them. It was about the victims from the beginning.”

Rensselaer County District Attorney told reporters, the victims’ families “have suffered an unspeakable loss. I can’t imagine the unspeakable pain they must be suffering right now.”

Major Robert Patnaude, the state police Troop G commander, said, “We’re confident that we have a great case here, that we’re going to give Joel a great case to prosecute.” 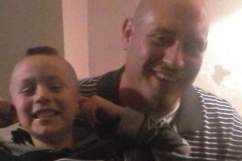 WATCH: The two Troy quadruple homicide suspects were silent as they walked out of Troy City Court and into a police SUV Saturday morning. pic.twitter.com/xcp8RUdKdi

They were both charged with one count of first-degree murder and four counts of second-degree murder, authorities said. The case will be presented to a grand jury, according to the Troy Record.

White and Mann will both be back in court in January. They were taken to the Rensselaer County Jail after their court appearances. Both are being represented by public defenders and did not comment during or after court. 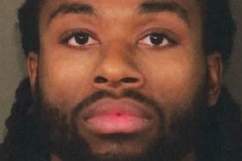 5. Family & Friends of the Victims Gathered at the Court & Said It Is a ‘Relief’ That Arrests Were Made

Family members, media have packed the courtroom for the arraignment of 2 individuals in the murders of Shanise & Jermaine Myers, Shanta Myers, and Brandi Mells. pic.twitter.com/siqsmUjLxr

Dozens of friends and family members of the victims gathered at the Troy City Court for the suspects’ arraignment.

Keith McCutchen, Mells’ uncle, told the Times Union, “it was a relief” to know the arrests were made.

Shakera Symes, Shanta Myers’ sister, had pleaded with the public to give tips to police earlier this week, saying their family wouldn’t be able to rest until arrest were made.

“Give the information to the authorities so that they can help find the person who has destroyed us, emotionally, mentally,” Symes said, according to the Times Union. “It feels like somebody has ripped us to shreds.” 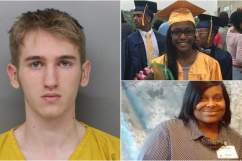