A Tennessee mother’s video of her son in tears after being bullied has gone viral after being viewed nearly 17 million times on Facebook. Kimberly Jones uploaded the video of her son, Keaton, on December 8. Jones says she recorded the tearful and emotional conversation at her son’s request. Kimberly wrote in the caption accompanying the clip, “For the record, Keaton asked to do this AFTER he had he me pick him up AGAIN because he was afraid to go to lunch. My kids are by no stretch perfect, & at home, he’s as all boy as they come, but by all accounts he’s good at school. Talk to your kids. I’ve even had friends of mine tell me they’re kids were only nice to him to get him to mess with people. We all know how it feels to want to belong, but only a select few know how it really feels not to belong anywhere.”
Here’s what you need to know:

1. Keaton Says Bullied Poured Milk on Him Among Other Things

Keaton says the bullies make fun of his nose and tell him that he has no friends. 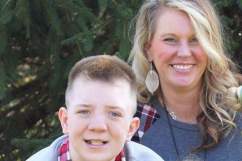 2. Celebrities Have Taken to Social Media to Voice Their Support for Keaton

Keaton- hang in there. Keep studying and never lose sight of your dreams. I was bullied and called fat. It gets better. Your bullies have been hurt somehow and that is why they need to hurt. They will fade away. Adventure is out there. #Keatonjones https://t.co/r5pENrI9f3

Support for Keaton began to spread to celebrities after the video was uploaded. University of Tennessee wide receiver Tyler Byrd was one of the first to tweet his support for Keaton saying, “We going to the middle school next Tuesday show young Man some love we will also TWITTER LIVE some of it so everyone can show there love and support.” While Titans tight end Delanie Walker posted this video:

@DonteStallworth @Lakyn_Jones hopefully my video and the tweets that Keaton have been getting brings awareness to bullying and how serious it is in our school system pic.twitter.com/1Dujv3RxA5

In that clip, Walker reads a quote from Guatama Buddha saying, “Our life is shaped by our mind; we become what we think. Joy follows a pure thought like a shadow that never leaves.” Walker adds, “You can be whoever you want to be. Sorry that bullying has been taking place at your school. Hopefully this video and all the tweets that are being put out there make awareness to stop bullying.” Walker invited Keaton and his family to the Titans/Jaguars game on December 31.

Here’s is the best of the rest of celebrity reactions:

buddy next time I make it home to Knox I'm going to walk into that lunchroom with you and watch the bullies say they are sorry to you. you don't deserve that. keep your head up and continue to be kind…you will always Come out on top. sending a hug. https://t.co/fZn2hbMPKp

Anyway I can, I will stand up for you. https://t.co/2tgVTEbxoW

It appears to me that you go to school with a lot of insecure students. When they look into the mirror, they don’t like what they see. That’s why they choose you to pick on. Stay strong and know that you have friends that have your back, like me. Stay phenomenal kiddo. https://t.co/cNiaEjbY8b

Bless your beautiful heart, Keaton Jones. It WILL GET BETTER. https://t.co/Cc1whejaib

3. Chris Evans Made Arguably the Best Offer to Young Keaton

The Avengers star Chris Evans made arguably the best offer to young Keaton. Evans wrote on Twitter, “Stay strong, Keaton. Don’t let them make you turn cold. I promise it gets better. While those punks at your school are deciding what kind of people they want to be in this world, how would you and your mom like to come to the Avengers premiere in LA next year?”

Another celebrity who reached out to Keaton to make him a very special offer was UFC head honcho Dana White. White said in a Twitter posting that he was extending an invite to Keaton to come to Las Vegas. White wrote, “Meet Keaton Jones a very smart little boy who is being bullied at school. This video is heartbreaking!! I want to bring Keaton to Vegas and hang out at UFC Headquarters. If anyone knows how i can reach the family please let me know. Thank u everyone.” 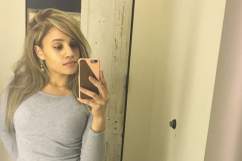 4. Keaton Was Born With a Tumor

The Knoxville News Sentinel reports that contrary to media reports, Keaton is a student at Maynard Middle School in Maynardville, Union County, not a school in Knox County. He had previously attended in Knox County but moved in the summer of 2017.

On October 18, Kimberly Jones wrote in a separate Facebook post that her son was at a birthday party and that one boy said he recognized Keaton from the scar that “goes all the way across his face.” Jones added that her son had been born with a tumor. 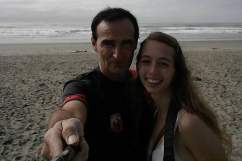 5. 1 in 3 U.S. Students Say They Have Been Bullied in School

According to Stop Bullying, between 1 in 3 and 1 in 4 U.S. school students say that they have been victims of bullying. The website adds that middle school, the education level that Keaton is at, is where the most active bullying takes place. Due to more awareness of bullying as an issue, many believe that it is on the rise, though Stop Bullying says that studies suggest bullying is actually decreasing.

The Washington Post reported in August 2017 that an American Academy of Pediatrics study had noted a sharp rise in adolescent suicides that are inextricably linked to bullying. The study also noted that bullying that results in suicide is also linked to “excessive internet use.”

Read More
5 Fast Facts, Breaking News
wpDiscuz
0
0
Would love your thoughts, please comment.x
()
x
| Reply
A Tennessee mother's video of her son in tears after being bullied has gone viral after being viewed nearly 17 million times on Facebook.