A British diplomat was found murdered and raped by the side of a highway in Lebanon. The BBC reported that Rebecca Dykes’ body was found on the evening of December 16, according police sources. Her family said in a statement, as per the network, “We are devastated by the loss of our beloved Rebecca. We are doing all we can to understand what happened. We request that the media respect our privacy.” Dykes was 30 years old.

The Lebanese Daily Star reports that Dykes’ body was found at the side of the Metn highway in Beirut. A second autopsy is pending on Dykes’ body. Sky News reports that Dykes is thought to have been strangled with a rope. Al-Jadeed TV referred to the rope as being “thin rope.”

The Daily Telegraph reports that Dykes was last seen with friends on the night of December 15 at a bar in the Gemmayzeh district of Beirut. Naharnet in Lebanon, quoting a security source, said, Dykes’ body “carries clear marks of rape.” Dykes body was taken to the Daher al-Bachek hospital for further examination. 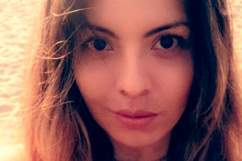 According to her LinkedIn page, Dykes has previously worked for the British foreign service in Iraq and in Libya. Dykes, who grew up in China, attended the prestigious Rugby School and is graduated of both the University of Manchester and University of London, Birkbeck. Dykes had qualifications in international security and global governance, international relations and affairs and social anthropology.

Dykes has worked for the British Foreign Office since June 2010, working on aid efforts and policy involving Iraq and Libya. Since January 2017, Dykes worked in Beirut as the Program and Policy Manager for the British embassy. 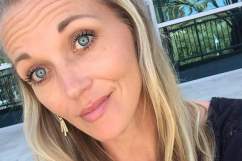 3. The Foreign Office Is ‘Providing Support’ for Dykes’ Family

@beckydykes
What a great loss!
The ugly face of life is when someone dedicates her life to working for peace and stability in the world gets murdered in such brutality.. very sad.@ukinlebanon @HugoShorter @FCO @BBCBreaking @Reuters

In a statement, the British Foreign Office said, “Following the death of a British woman in Beirut, we are providing support to the family. We remain in close contact with local authorities. Our thoughts are with the family at this difficult time.” The British Ambassador to Lebanon, Hugo Shorter, said in a statement, “The whole embassy is deeply shocked, saddened by this news. My thoughts are with Becky’s family, friends and colleagues for their tragic loss. We’re providing consular support to her family & working very closely with Lebanese authorities who are conducting police investigation.” 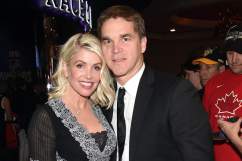 4. There Has Been No Information Regarding Arrests

Authorities believe that Dykes was kidnapped with her body being found miles away from where she was last seen, according to the Telegraph’s report.

5. Despite Security Problems in Lebanon, the Country Has a Low Murder & Rape Level

Despite security problems relating to terrorism, statistics indicate that Lebanon has among the lowest murder and rape levels in the world. Lebanese journalist Kareem Chehayeb wrote on Twitter in the wake of Dykes’ murder, “Lebanon is not safe. We have had an increase in reported rape, murders…but they are downplayed as ‘fillers’ for local media outlets and are overshadowed by feature travel/PR stories for intl mainstream media. Lebanon also has a significant patriarchy issue. Just because we have nightclubs and don’t resemble the social conservatives of Saudi Arabia and Iran doesn’t mean it should be ignored.” 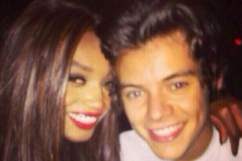 Read More
5 Fast Facts, Breaking News, Murder
wpDiscuz
0
0
Would love your thoughts, please comment.x
()
x
| Reply
A British diplomat was found murdered and raped by the side of a highway in Lebanon.