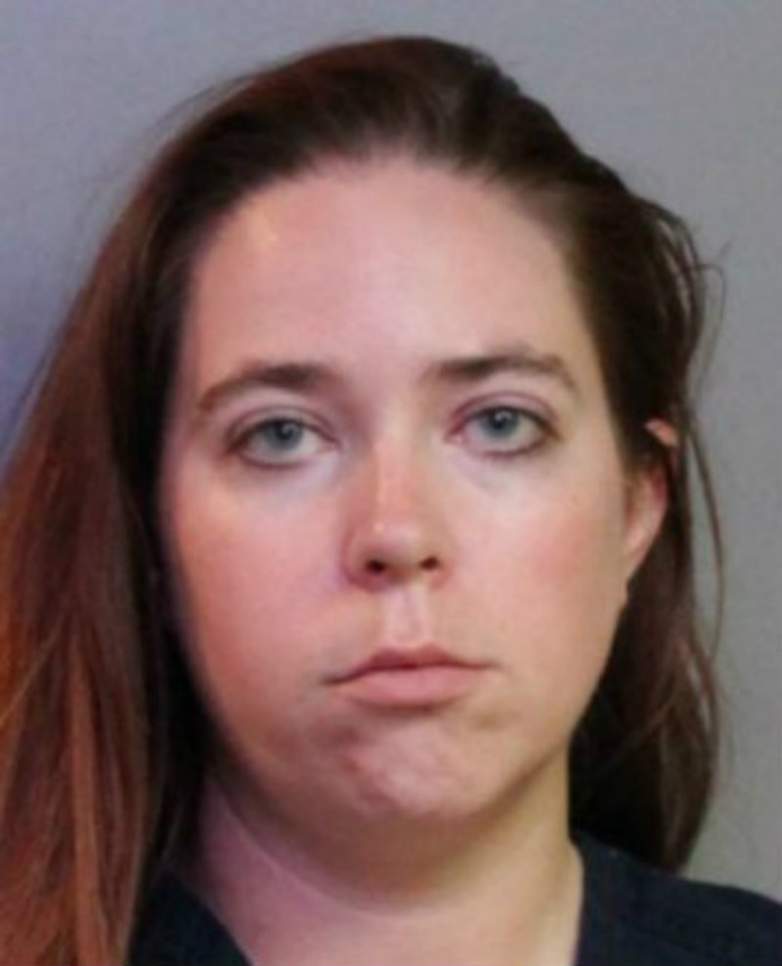 Police say Robin Dunlap sent nude photos to a teen boy and continued to contact him after realizing his true age.

A Central Florida high school teacher was arrested December 17 after police say she sent sexually explicit messages to a teen she met through Xbox One.

Authorities say Robin Dunlap, 27, continued to have contact with the 15-year-old boy even after learning his true age.

The woman said the teen, who resided in Texas, represented himself as a 19-year-old during the initial exchanges.

1. She Turned Herself in to Police After the Teen’s Mother Revealed His Age

According to a press release, Dunlap voluntarily turned herself into police on September 18 after admitting to authorities that she sent nude photos to a 15-year-old boy. The teen’s mother discovered the photos in his phone and contacted Dunlap to let her know what his true age was. The release states:

Back on 9-18-17, 27 year-old Robin Dunlap (24th St NW, Winter Haven) voluntarily came to the Winter Haven Police Department to turn herself in for sending nude photos to a 15 year-old boy in Texas. She stated that she sent the nude photos before she learned of his real age. The boy had represented himself as a 19 year-old throughout the conversations the two had over Xbox One. The conversations moved to communicating through Kik via text and video chat using their respective cell phones. The mother of the victim checked her son’s phone and realizing what was happening contacted Dunlap through the same phone and informed her that her son was 15 years-old, not 19. That’s when Dunlap chose to turn herself in.

According to the affidavit, which you can read above but be forewarned that it is sexually explicit, “The defendant originally made her report to the Winter Haven Police Department on 9/18/2017, stating that she had sent nude photographs of herself to a minor (the victim).”

Investigators downloaded information from the victim’s cell phone which revealed a photo of the suspect’s genitalia. Although “the photograph did not show a face,” Dunlap admitted to authorities that she sent the obscene photos, according to the affidavit.

“There is absolutely no excuse for an adult – especially a high school teacher – to continue sexually explicit conversations with a 15 year-old long after his real age is revealed,” said Winter Haven Police Chief Charlie Bird. “The vulnerable age of this victim and the fact that this woman took advantage of him for her own personal needs is inexcusable.”

Police said that although the suspect turned herself in, they were not able to find evidence that the teen’s age was revealed to Dunlap.

2. Dunlap Said the Teen Was the Only One Who ‘Understands Her’ & Continued Communications With Him After Turning Herself in

The affidavit revealed that “there were multiple additional screen shots of conversations being conducted between the defendant and the victim on 9/25/2017, 9/26/2017 and 9/30/2017.” The conversations took place via Xbox One, a popular gaming system.

During those discussions, Dunlap revealed that she was “nervous” about talking to him through that system, and suggested that they talk on a tablet instead. The two then conversed via Google Hangouts, a web-based application that allows users to send messages, video chat and exchange photos.

“The victim at one point tells the defendant that he loves her,” the documentation stated, adding that the teen “admitted that the coversations were between him and the defendant on the above listed dates.”

The El Paso Police Department conducted an interview with the victim, who was from Texas. “During the forensic interview the victim stated he informed the defendant that he was 19-years-old,” investigators said.

The victim then described a sexual scenario that ensued and said he talked with Dunlap about “meeting each other all the time but never set a date, time or place,” court documents stated.

Authorities said they learned through talks with the teen victim that the relationship continued even after Dunlap turned herself in. Dunlap agreed to let authorities go through two phones in her possession during an interview, though they could not find any nude photos on the phones, according to court documents.

The suspect “also stated she continued to speak to the victim because the victim was making suicidal statements to her,” the affidavit stated.

3. Court Documents Show Her Husband Filed For Divorce in November

Court records show that Christopher John Dunlap filed for divorce against the suspect on September 27, 2017.

Her Facebook page stated that there was “no relationship info to show,” and also revealed she liked pages such as “Best Teacher,” and “Coconino High School.”

4. She Is Being Held on Felony Charges

#Teacher #RobinDunlap arrested for sending nude images to a kid on Xbox. pic.twitter.com/9EQDPwAizt

According to court documents, the suspect was charged with transmitting material harmful to a minor and using a communication device to commit a felony.

She was still being held at Polk County jail as of Tuesday. According to the press release:

Based on the fact that Dunlap knew the age of the victim, yet continued to have sexually explicit conversations with the 15 year-old, Dunlap was taken into custody and booked into the Polk County Jail on charges of Transmitting Material Harmful to Minor (F.S.S. 847.0138) F3 and Using 2-way Communication Device to Commit a Felon (F.S.S. 934.215) F3.

5. She Was Listed as a Science Teacher at the School

Dunlap was listed as a science teacher on the Haines City High School’s website, though that information has since been removed.

It is not yet clear if the suspect has been terminated due to the case.