A Wall Street finance executive died after suffering “strong lacerations” to her legs after being attacked by a monster Tiger Shark in Costa Rica. Rohina Bhandari, 49, was killed on November 30 while scuba diving with friends. The attack occurred at the Cocos Island National Park, about 340 miles off of the Costa Rican coastline. Her death was first announced in a statement by the Costa Rican Ministry of Environment and Energy who said that Bhandari had suffered “strong lacerations” to her legs. Bhandari was referred to only be her last name in the statement. Speaking to the Washington Post, officials in Costa Rica said that the attack was the “first occurrence of this magnitude” at the park. The attack was also referred to as an “isolated incident.”

1. Bhandari’s Tour Guide Tried to Scare the Shark Away

Bhandari was returning to the surface when the attack occurred, reports the Washington Post. The Post report says that Bhandari’s tour guide, identified only as Jimenez, 26, was trying to scare the shark away from the group. Jimenez himself was also bitten in the leg. He is in stable condition in a local hospital. The Post said that a different boater repelled the shark as it was attacking Jimenez. The shark is believed to have been a female.

Costa Rica’s La Nacion newspaper reports that there were 18 people in the charter when the attack occurred. It was run by a company called Undersea Hunter Group. A company spokesperson told the newspaper that they are in “shock” at the attack and are providing help to Bhandari’s family.

2. Bhandari Had Recently Quit Her Job as an Equity Executive

Up until October 2017, Bhandari had been a senior director at WL Ross & Co, a New York City equity firm, according to her LinkedIn page. The company was founded by Commerce Secretary Wilbur Ross. Bhandari’s friend Silvia Francescon told People Magazine, “Notwithstanding her bright career, Rohina was a very humble person. I will miss her courage … She challenged herself in the deepest way. And she succeeded. All of this is surreal. She deserves to be remembered for her grace and kindness. A beautiful soul.” A spokesperson for the company told People that Bhandari had quit in October 2017. That spox said, “We were saddened to learn of the death of Rohina who was a dear friend and colleague. We ask that everyone respect the privacy of her family during this difficult time.”

On her LinkedIn page, Bhandari said she had a Master of Science in Finance from George Washington University. Bhandari was formerly on the US-India Business Council between April 2003 and October 2004. In her summary section, Bhandari wrote that she “Raised USD 1.2 billion in alternative investments” and was “Rehired by two previous employers, highlighting strength as a valued asset to an organization.” The Bangalore Mirror reports that Bhandari attended Sophia High School in Bangalore. The Mirror also reports that Bhandari was also a scholarship student at the Asian Institute of Management in the Philippines and that she worked for a time at a five star hotel in Bengaluru, India.

4. Friends Have Taken to Social Media to Mourn Bhandari

Desperately sad to hear of the tragic, untimely passing of my dear friend Rohina Bhandari. Always generous & gregarious, she was a mainstay of my social life in NYC a decade ago, visited us in Chile and so kindly lent us her apartment in NYC in July this year. RIP sweet Rohina. pic.twitter.com/nAyV8B8lum

Speaking to People Magazine, Silvia Francescon paid tribute saying, “Rohina was kind, gentle and full of grace. She was also fun, we laughed a lot… I was devastated not only by her death, but about how it happened.” Francescon added that she was in “total shock” upon hearing the news. While British diplomat Jon Benjamin wrote on Twitter, “Desperately sad to hear of the tragic and untimely passing this week of my dear friend Rohina Bhandari. Always generous and gregarious, she was a mainstay of social life in NYC a decade ago, visited us in Chile and so kindly lent us her apartment in NYC in July this year, also hosting a party for us. One of a kind.”

Another said, “RIP Rohina Bhandari you were one of a kind, You will Be truly missed my friend!” While another said, “I’m confident that the next one will be even better. It’s a terrible loss for her friends of which there are many. Thinking of the good times. Lovely girl.”

Bhandari’s brother told the Bangalore Mirror that his family were not planning to release statement and only said that they are grieving their loss. The newspaper adds that Bhandari is originally from Bengaluru, Bangalore and that she had been planning to visit the area in December 2017 to celebrate her 50th birthday. A friend told the Mirror, “Rohina was two years junior to me in Sophia High School. She was always energetic and fun-loving. She came from a wealthy family and she was always humble.”

The Costa Rican Ministry of Environment and Energy said that despite the many species of shark that are present on Cocos Island National Park, there had never been a threat to divers before. The island is nicknamed “Shark Island.” The Costan Rican Star reported in 2012 that researchers had found five Tiger Sharks in the waters around the island. They were two males and three females, the females were larger, coming in at 13 feet. Prior to that, Tiger Sharks had been absent from the island for 30 years. One of the directors for Undersea Hunter was quoted in the Star story as saying, “Now it’s weird if you get a trip without a tiger. Before, they were not even on the list.”

Cocos Island National Park is “the only islands in the tropical eastern Pacific with a tropical rainforest,” reports the Washington Post. The exact area where Bhandari was killed is known as Manuelita, reports La Nacion. 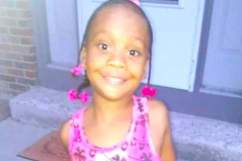 Loading more stories
wpDiscuz
0
0
Would love your thoughts, please comment.x
()
x
| Reply
A Wall Street finance executive died after suffering "strong lacerations" to her legs after being attacked by a monster Tiger Shark in Costa Rica.