Sidney Landers, of Phoenix, Arizona, is facing homicide charges after a 3-year-old girl, Morgan Koepp, died after being left in his care.

The little girl was initially hospitalized on Sunday night after her mother noticed injuries on the child which required medical attention.

A family member said the injuries, which included five broken ribs, resulted in the young victim going into cardiac arrest in addition to causing a flesh-eating bacteria to take over her tiny body.

Morgan was taken off of life support and succumbed to the horrifying injuries on Wednesday.

Heavy spoke with the beautiful toddler’s grieving mother, grandfather and a close friend of the family.

1. He Told Police He Was ‘Frustrated’ the Little Girl Had ‘Several Accidents in Her Pants’ & ‘Covered Her Mouth’ to Stop Her From Screaming

During an interview with investigators, Landers, 33, said he “did not mean to cause the injuries” to the victim but did so out of frustration.

According to a police report obtained by KTVK: 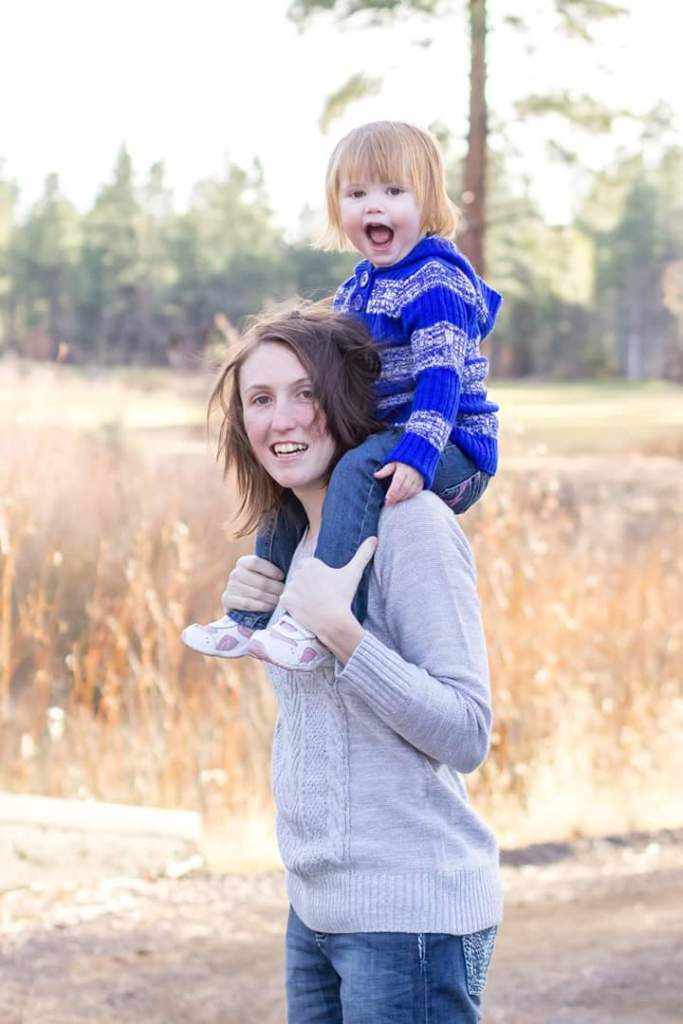 Timothy WilliamsMorgan was the light of her mother’s eye.

Brianna Williams, the beloved mother of Morgan, spoke with Heavy and explained how the nightmare unfolded. She stated:

On Sunday morning Sidney’s oldest boy and I woke up to an empty apartment. Sidney had taken his younger two boys and Morgan out. Sidney’s phone was broken from the day before but he was supposed to get a new one on Sunday. I called Sidney several times but the phone continually went straight to voicemail. Around noon on Sunday his younger two boys came running in the apartment and by the time I got to the parking lot, Sidney was gone again with Morgan. I asked his boys where they went and why Morgan didn’t come home too.

The boys said that daddy went to get a new phone. I continuously called until his phone finally rang rather than getting voicemail, however it wasn’t until around 5 pm that Sidney answered. He informed me he was out running errands and ‘figuring a few things out.’ I told him to bring Morgan home and then finish. He called a few times later on saying that he was on his way home…but he still didn’t get home until later that evening. When he got home and I saw Morgan I instantly asked what happened and why her face was swollen and bruised up. I never received a straight answer. I attempted to leave the apartment but Morgan got sick all over both of us. I showered her and I then laid down to calm her down and make sure she didn’t throw up again due to not wanting her choking on it while driving.

Sidney fell asleep and Morgan and I immediately left for the emergency room.

2. The Victim Had ‘Multiple Broken Ribs,’ Went Into Cardiac Arrest & Suffered a Flesh-Eating Bacteria Due to the Injuries 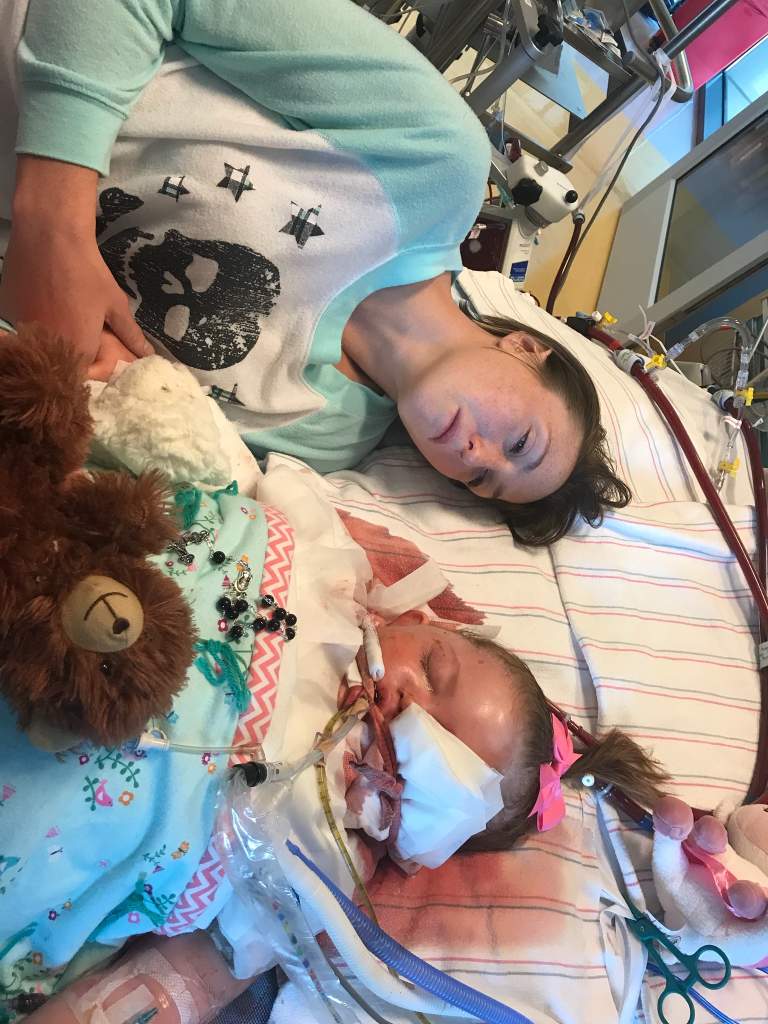 Morgan is seen here with her beloved mother while in the hospital.

When Morgan was taken to the hospital, she was “alert,” and even said “Hi Papa” when she saw Timothy Williams, her maternal grandfather. Though five of her ribs had been broken and she was heavily bruised, Morgan even had enough strength to ask her grandpa to take her to the bathroom, and he was able to get her to take a sip of Gatorade, Williams told Heavy. Never did they imagine that things would take a turn for the worse in only a few hours.

“She was bruised and very hurt, but just like when she would fall down and get right back up, that’s what she was doing in the hospital at first,” Williams said.

“She said ‘Hi Papa,'” he explained through tears. “She was the most fun-loving little girl.” 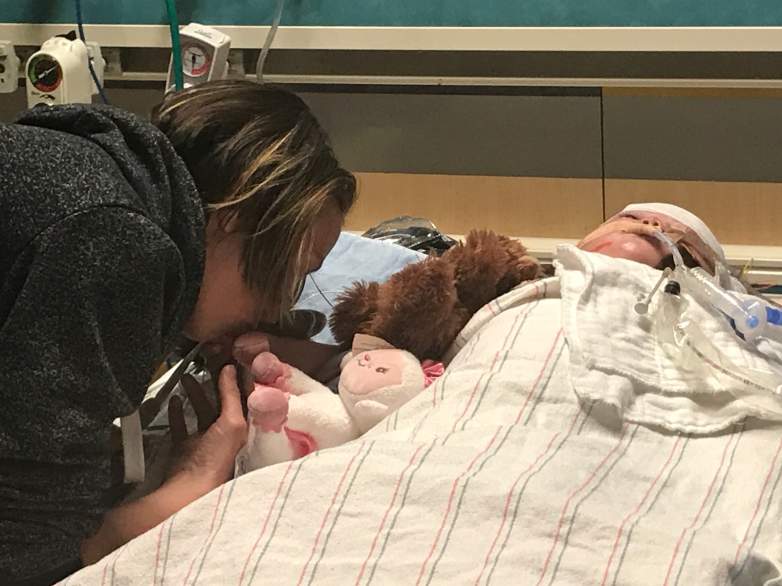 The beautiful little girl was sadly taken off of life support on Wednesday. Her mother softly kisses her in this heartbreaking photo.

“They had to bring her back, and then they had to put her on life support to breathe for her, to keep her alive,” the grandfather stated.

Morgan’s mother told Heavy that her little girl was “immediately” taken back after arriving at the hospital. She explained the absolute horror of the experience:

Once we arrived they brought her back immediately. Tests came back showing multiple severe trauma areas. Morgan proceeded to get worse as time passed. By noon Monday Morgan was moved to PICU. The doctors informed me that Morgan had a few heart failures and needed to be put on the ECMO machine to give them a chance at saving her. I told the doctors to do everything possible to save my baby girl, no matter what it required. Hours passed and on Tuesday they found out Morgan contracted Group A Step (Necrotizing Fasciitis) also known as flesh-eating bacteria.

Doctors believe the bacteria was pushed further into the tissue from the trauma Sidney caused. They transferred her to the operating room and performed surgery, removing as much of the dead flesh away as possible. This was taken from her face, neck, and throat as well as a small portion on her back and arm. The outcome was unsure if Morgan would be able to pull through.

My eyes closed for a few moments that night and I woke up feeling something wasn’t right around 2 a.m. on Wednesday. A few hours passed and doctors informed us over the last 12 hours Morgan’s health has taken a turn for the worse. Sometime between 12:00-1:00 pm family was called into the conference room for a full update on our precious Morgan. I immediately felt my heart break even more, I was shaking, crying, weak and more. Doctors said Morgan was bleeding in the brain and her heart no longer had any movement. I requested to lay down and hold her while family and friends said their goodbyes. They turned her machines off just after 3 p.m. and Morgan’s time of death was 3:19 p.m.

3. There Were No Warning Signs That He Was Capable of the Alleged Crime Until After Morgan’s Death, & He Is a Father to 3 Boys 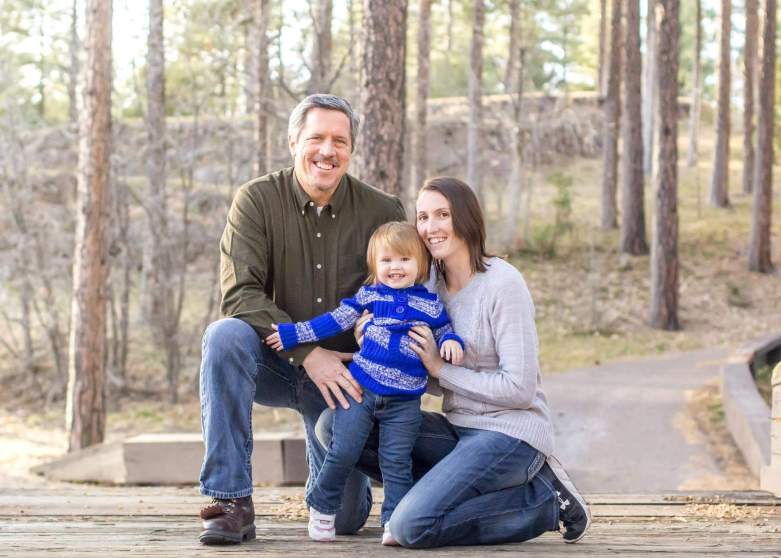 Morgan is shown here with her Grandfather, Timothy Williams, and her loving mother.

Williams told Heavy that Landers has three young boys of his own, and appeared to be a good father. He met the man a few times and never saw any warning signs.

“There were never any warning signs,” Williams told Heavy. “But now I blame myself. I should’ve done a background check on him. Because we were told after Morgan died by his [Landers’] ex father-in-law, that he had several restraining orders brought against him in the the past.”

Morgan’s beautiful eyes could light up any room.

Brianna reiterated the fact that there were no red flags, and explained that her “heart will never be the same.” She told Heavy:

From the start of time of when we were together there was absolutely no violence…not drugs, no heavy drinking. His boys and Morgan were happy and healthy kids who grew to love each other. No one saw or expected anything like this to ever happen from my ex’s family, his friends or even my family. According to his sister, during Morgan’s 3rd birthday she stated that was the healthiest and happiest Sidney had ever looked or been.

My heart will never be the same after losing my princess and knowing that the man I grew to love and trust and bond with flipped some switch that killed my daughter. Morgan is now with our lord and watching down over me, I am able to keep moving forward with all the love and support as well as knowing she can never be hurt again. I pray that Sidney will one day tell the full truth of what he did to my beautiful baby girl. I pray that I can one day put trust into someone else. I pray that all the negative people leaving horrible comments shaming me as Morgan’s mother will be forgiven by God and nothing ever happen like this in their life.

Landers’ Facebook page showed photos where he appeared to be a dedicated and loving father. 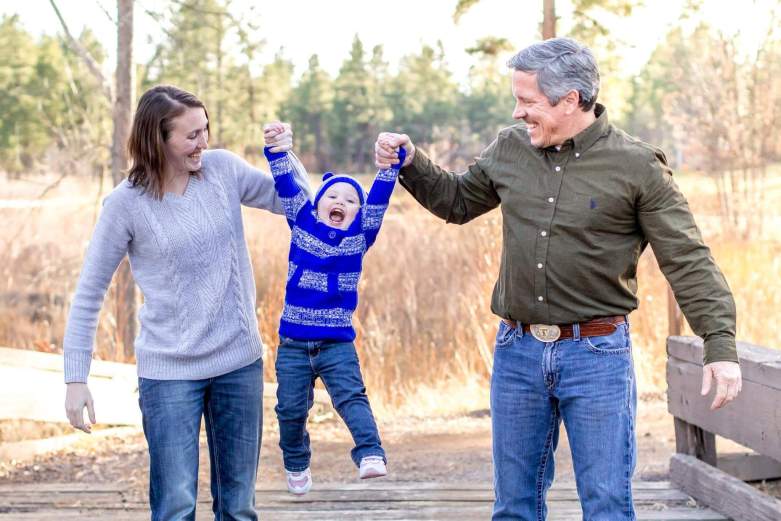 The love that embraced Morgan is evident through the family’s photos. She is shown here being swung happily through the air by her mother and grandpa.

Melanie Stone, a friend of the family, spoke with Heavy about the love that Brianna and Morgan’s grandfather had for the little girl.

“When I learned what happened to my friend Tim’s granddaughter I was horrified,” she stated. “This is something you read about or see on the news, and when it hits someone you know it becomes a reality. Seeing Tim’s pictures with his daughter Brianna and granddaughter Morgan you can tell just how close they were, and the bond the three had. My heart breaks for them. Morgan and her family deserve justice.”

4. Family Is Asking to Please Not Blame the Mother, She’s Going Through ‘Unimagineable Pain’ & This is Not Her Fault 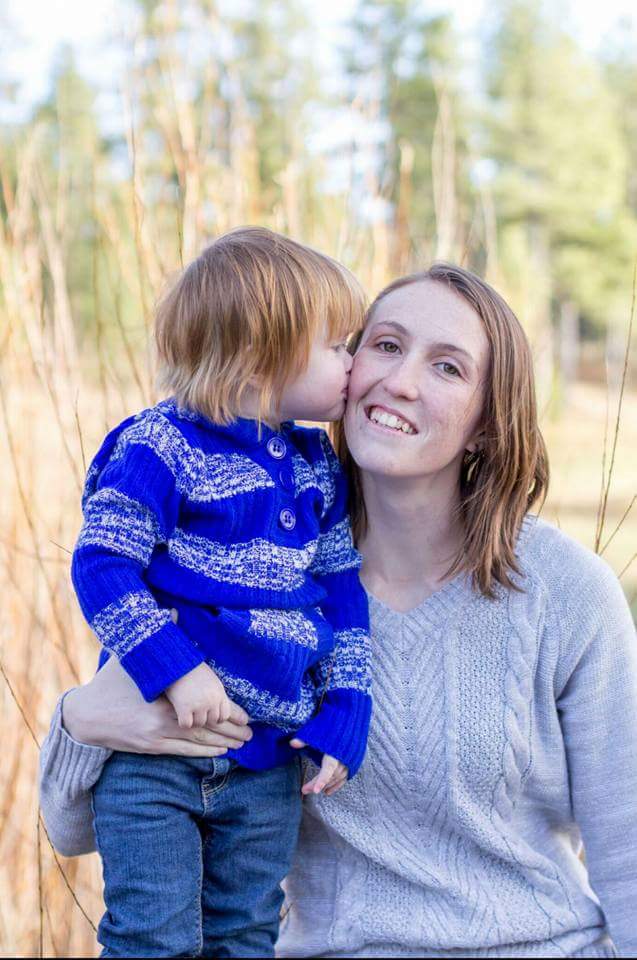 Morgan is shown with her beloved mother.

Brianna is receiving heavy blame, criticism and threatening messages online, and Williams told Heavy that’s the last thing she needs at this time. He stated:

It wasn’t her fault. She was a wonderful mom. She’s a wonderful person. If she ever had any idea at all that this could happen she never would’ve been with him. She doesn’t deserve what is happening right now, she needs to grieve. She shouldn’t have to deal with all of this when she is going through this, it’s not right and it’s not fair. She loved being a mom. This isn’t her fault whatsoever and people need to just stop. In every sense of the word, she was the best mom.

The woman’s life revolved around her daughter, the man said, as can be seen in the precious family photos that will now serve as memories of the adorable little girl.

5. Morgan’s Mother Wrote a Heartbreaking Letter to Her Daughter

Baby Morgan was described as completely lovable and happy by family.

Brianna wrote a moving letter to her daughter Morgan and posted it to a GoFundMe account set up to help the family during this trying time. She stated:

To my beautiful baby girl who taught me so much in these last 3 years. I saw you fighting and fighting as hard as you could. I saw how much pain you were in and I am so sorry you had to endure such a tragedy,” the letter read. “Its breaks my heart and to see you laying there fighting so hard for mommy shows me how much you tried and how much you love me. I hate that I will never be able to watch you grow and see you again or hold you again until I one day get to heaven. But I am able to keep going because I know you are now resting in a better place.

To donate to the GoFundMe page, please click here.

Morgan’s funeral is tentatively set for December 30 in Pinetop, Arizona.

Landers is currently being held on child abuse charges at Maricopa County Jail, and charges are expected to be upgraded to homicide very soon.

Read on for more touching photos that Morgan’s grandfather shared with Heavy: 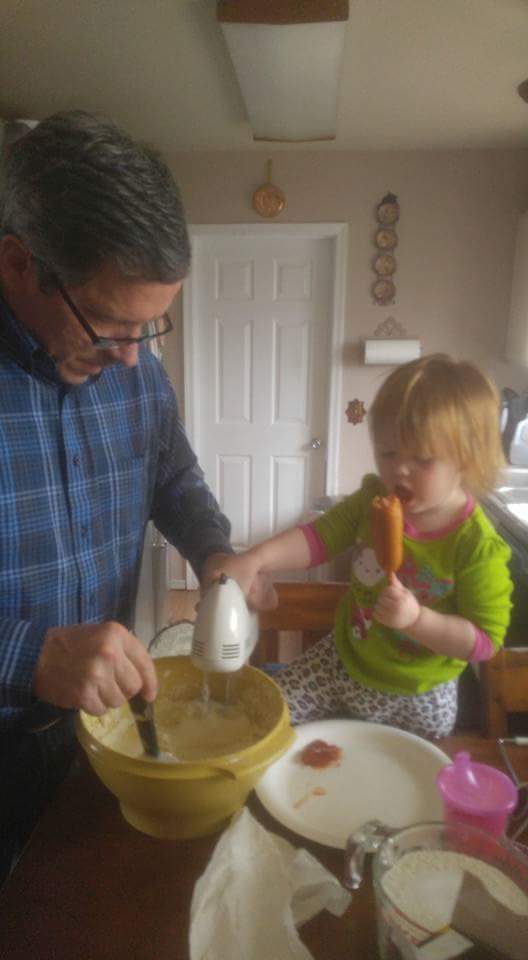 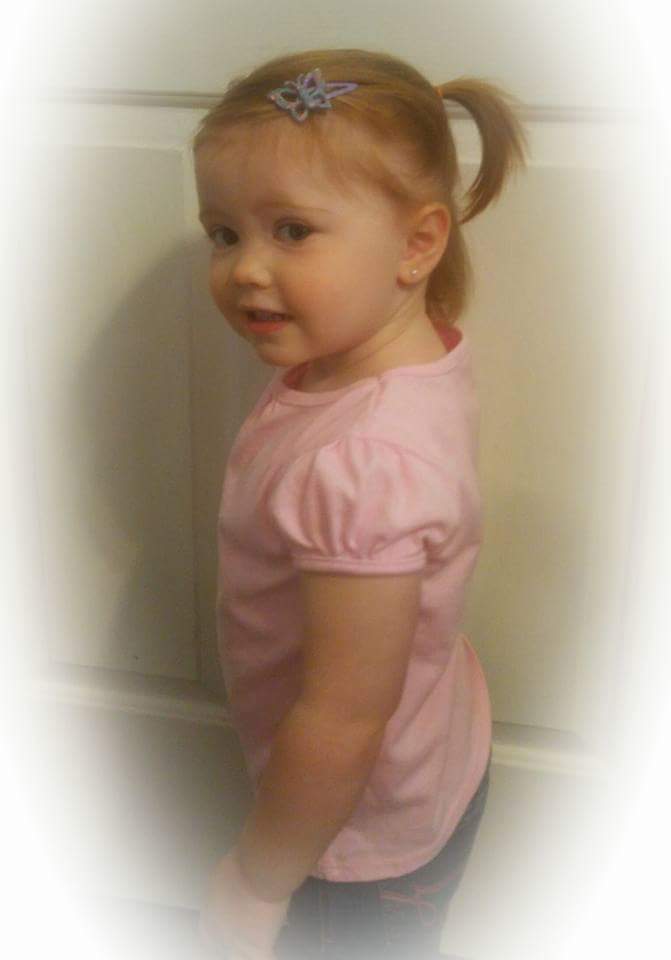 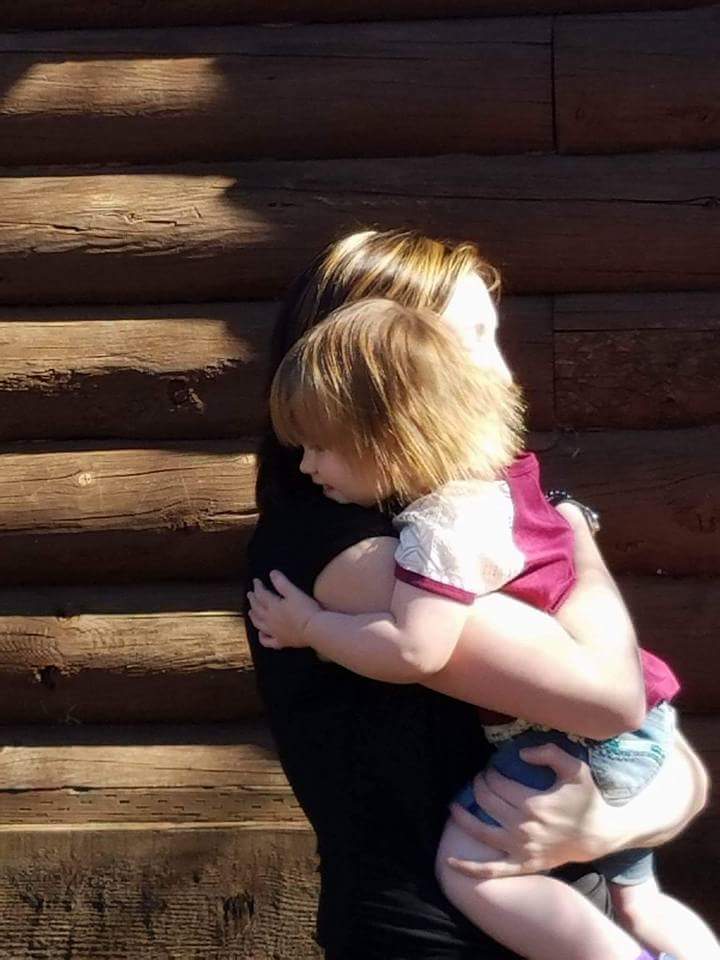 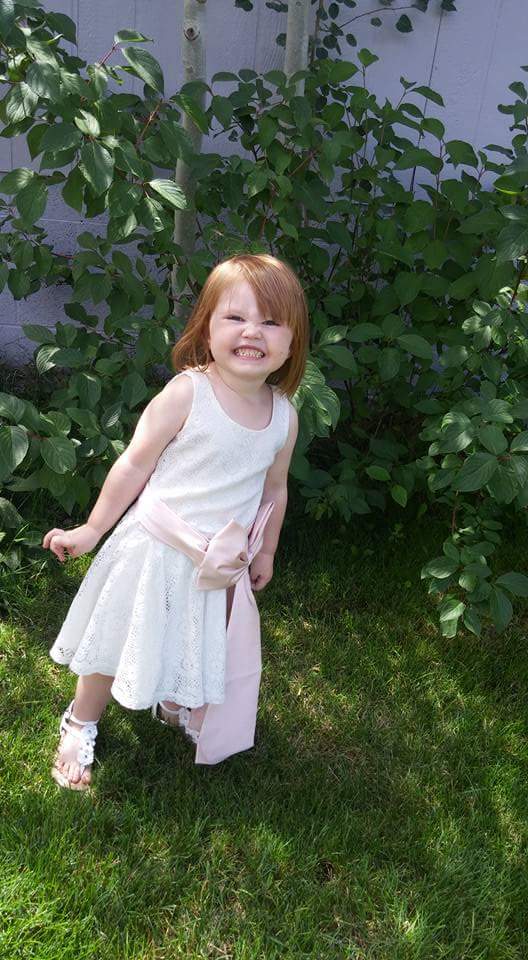 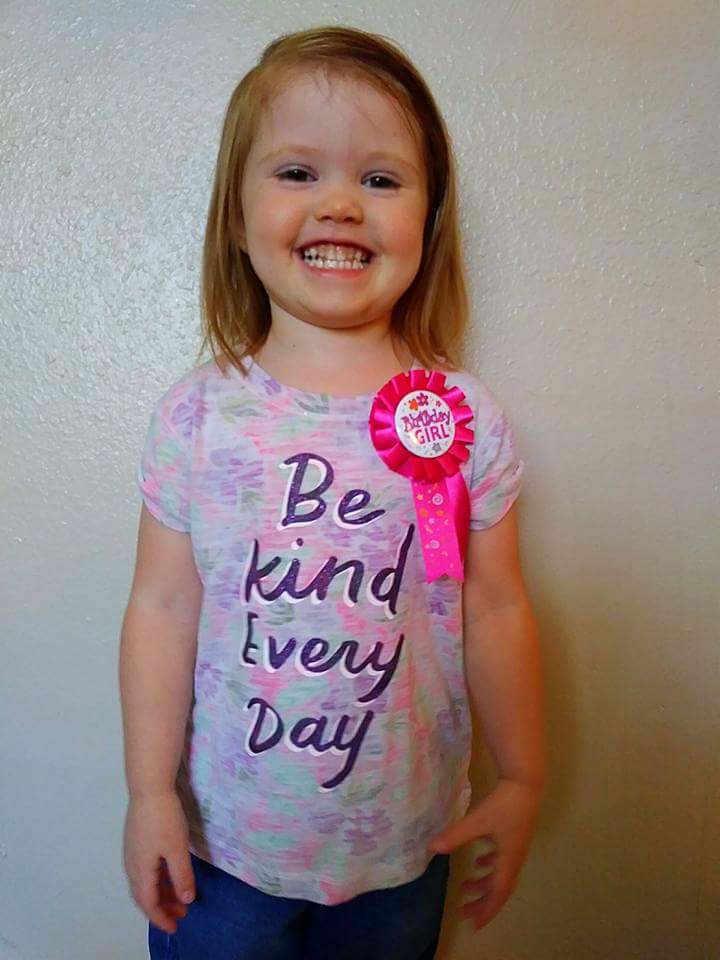 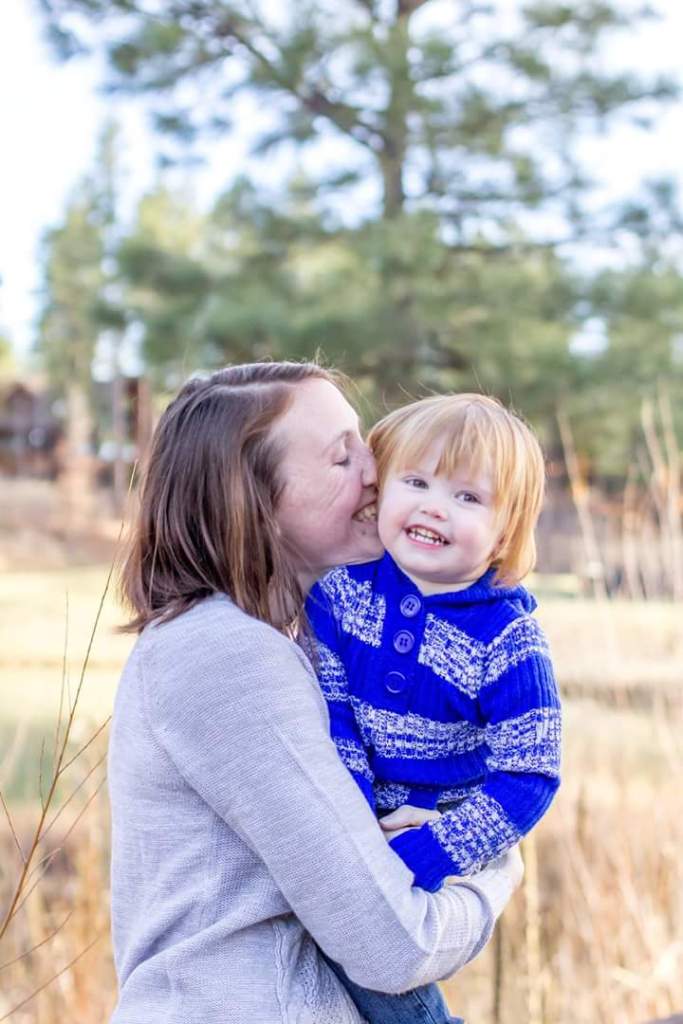 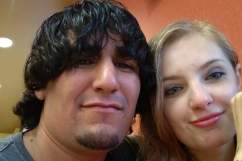 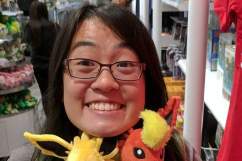 Loading more stories
wpDiscuz
0
0
Would love your thoughts, please comment.x
()
x
| Reply
Sidney Landers, of Phoenix, is facing homicide charges after 3-year-old Morgan Koepp died after being in his care. Heavy spoke with the little girl's family. Read the latest developments on this heartbreaking case here.