A Florida Republican has resigned from his role as county commissioner after he was accused of having an affair with a firefighter’s wife. St. Lucie County Commissioner Tod Mowery announced his resignation on December 4 in a letter to Florida Governor Tod Mowery. WPTV reports that Mowery cited “personal reasons” in his letter. Mowery had served in the $79,520 per-year job since 2010 having last been elected in 2014. The next election for the position was scheduled for 2018.

A few days before Mowery’s resignation, St. Lucie County firefighter Peter Villasuso sent a letter to Governor Scott and accused Mowery of having an affair, reports CBS 12. The station says that Peter Villasuso wrote in the letter that Mowery “not only shows his callous disregard for the sanctity of marriage, but also shows his breach of fiduciary duty to the firefighters of the fire district.”

Here’s what you need to know about Peter Villasuso’s wife Susan:

On her Twitter page, Villasuso goes by the moniker SharonForJesus. That profile has been set to private. Her bio section simply say “Psalm 42.” The psalm deals with the conflict of believers, according to Christianity.com.

2. Peter Villasuso Says He & His Wife’s ‘Life Has Truly Been a Dream’

In an emotional article about his son’s diagnosis with autism, Peter Villasuso writes, “Our life has truly been a dream.” Peter begins the article by saying, “First, I’m a husband to a beautiful soul, Sharon.”

Peter is a Saint Lucie County firefighter and paramedic. He wrote, “My life could easily be a movie. I was on a TV show called Fame or Shame. It was an MTV talent show during Spring Break of 1996, I think. I did an impersonation of a T-Rex. It was my 15 minutes of fame.” Peter adds, “I’ve broken hearts and had mine stepped on a few times. But, that was all part of God’s plan for me to meet the right girl in Sharon. I was a volunteer firefighter in Alachua County but never got hired until Sharon came along. She made me a better man and I got myself the badge.” While his wife wrote in 2015, “I have been greatly blessed by being able to stay at home and dedicate myself to my husband and children. I’m so grateful that God has made a way for me to be able to be at home and that I have the loving support of my husband to do so.”

4. Villasuso Is a Native of Guatemala & Went There on a Church Mission in 2015

Villasuso wrote in a 2015 Go Fund Me plea that she is a native of Guatemala. Villasuso launched the campaign so she could join her church on a mission to the country in 2015. Villasuso writes that she moved to Florida when she was 12 years old, her family also lived in California and Texas for a time before returning to Guatemala. She would come back to Florida in her teenage years where Villasuso says she forgot how to speak English and was held back a year in high school.

Villasuso says on the Go Fund Me page that she became a born-again Christian on September 11, 1998. She adds, “No matter how many times I’ve failed him the love in my heart for Christ has always been there bringing me back to my knees countless times to let me know that without him I am nothing. I owe my all to him for calling my name to come and accept his son Jesus as my Lord and Savior.”

5. Mowery Said He Is Asking ‘Forgiveness of any Transgressions I’ve Made’

The Treasure Coast Post reports that Mowery has lived in Florida since 2005. The newspaper says that he is married to a local teacher, Deborah. Deborah Mowery is former combat medic, spending eight years in the arm. Mowery runs a small business, Redtail, a landscaping and land-planning company.

On his Twitter page, Mowery refers to himself as, “Former candidate for U.S. Congress; St Lucie County Commissioner (Vice Chair); Exec VP at Missionary Flights; Small Business Owner; Husband; Father.” According to his official profile, Mowery serves as a Deacon at his local church while his wife runs the children’s ministry. 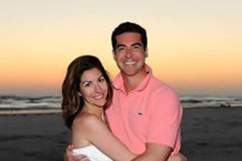 Loading more stories
wpDiscuz
0
0
Would love your thoughts, please comment.x
()
x
| Reply
A Florida Republican has resigned from his role as county commissioner after he was accused of having an affair with a firefighter's wife.