An Alabama teenager was badly injured with trauma to his brain after an encounter with police in the city of Troy. Ulysess Wilkerson’s mother, Angela Williams, wrote on Facebook on Christmas Eve, “Troy police officers did this to my son While he was in handcuffs. Please share this s*** happening in Troy Al now. I hope that they body camera was on and they haven’t told me s*** yet . Please share I’m heading to Birmingham to UAB he has fracture and had to transport to have surgery.”

The incident occurred in the downtown area of Troy, about 50 miles south of Montgomery, on December 23 just before midnight. Wilkerson is 17 years old and allegedly encountered city police along with a friend after they were walking behind a closed building. The Troy Messenger reports that there will be a protest held in the city on December 30 to raise awareness of the incident. A family spokesperson, Kenneth Sharpton Glasgow, told the newspaper, “The family wants justice. They family is very, very upset with the City of Troy and especially the police department.” Glasgow added that Wilkerson has been released from the hospital but that his recovery would be “slow and painful.”

Buzzfeed reports that police in Troy exited a car after seeing Wilkerson walking near a business that was closed. That report says that Wilkerson ran from the cops, when they caught up with him, a struggle occurred. The arrest is under investigation by the Alabama State Bureau of Investigation. Lt. Heath Carpenter told the website that the case is still under investigation while refusing to say whether any officers had been put on leave. CNN reports that at least one of the officers involved in the incident had received threats via Facebook.

After being taken into custody, Wilkerson was taken to Troy Regional Medical Center. A witness, Brittany Patterson, told WKRG, “You could see the swelling of his face you could tell he had a lot of bleeding. He looked like he was passed out or maybe in and out of consciousness.” After seeing the scene, Patterson said she thought, “I hope they are not beating him.”

2. Cops Say a Gun Was Found Close to Where Wilkerson Was Arrested

Wilkerson’s mother’s Facebook post has been shared nearly 100,000 times at the time of writing.
Buzzfeed reports that, in a statement, the Troy Police Department has deemed the use of force as “necessary.” Cops in the city say that they believed that Wilkerson was armed after he repeatedly reached around his waistband. The website’s report adds that after cops examined the scene, a gun was found close to where Wilkerson was arrested.

WSFA reports that the gun that was found is now in the possession of the Alabama Bureau of Investigation and is being processed as evidence.

3. Wilkerson’s Father Says, ‘All Over the World People Are Saying They Want Justice

Facebook/Sadot WilkersonThe image being shared by many of Wilkerson’s friends.

In an interview with WKRG, Ulysses Wilkerson’s father, Sadot Wilkerson said, “From all over the world, people are commenting they want justice. They had him handcuffed when we got in there they said he was charged with obstruction of justice the ambulance came to take him to UAB they took the handcuffs off and dropped the charges on him. As y’all can see troy police officers tried to kill my son and he has massive swelling and they can’t start surgery until swelling goes down.” On his Facebook page, Sadot Wilkerson has called for justice for his son using his son’s moniker “FatDaddy.”

In a separate article, the Messenger reported that Wilkerson’s family is being represented by Dustin Fowler, the same lawyer who represented the families of Trayvon Martin, Tamir Rice and Michael Brown.

4. The Charges Against Wilkerson Have Been Dropped

Facebook/Sadot WilkersonSadot Wilkerson posted this photo to Facebook, claiming it shows one of the officers who beat up his son.

Wilkerson is facing charges of obstruction of justice and obstructing governmental operations. Those charges have since been dropped. In a statement, the Alabama Bureau of Investigation said:

On Sunday, December 23, 2017, Troy (Alabama) Police Officers arrested a 17-year-old juvenile in the area of Madison Street at approximately 11:52 PM. During the arrest, the juvenile was injured, and was transported directly to Troy Regional Medical Center. The Juvenile was later transported to University of Alabama Medical Center in Birmingham, and subsequently released.

City of Troy Police Chief Randall Barr requested the Alabama State Bureau of Investigation (SBI) conduct an independent investigation into the use of force by his officers. Chief Barr’s request was approved and Agents from SBI immediately responded to Troy, conducting interviews and collecting evidence.

In order to protect the juvenile involved and the integrity of the investigation, no additional information will be released by SBI until this investigation is closed. The completed investigation will be turned over to Pike Co. District Attorney Tom Anderson for presentation to a Grand Jury.

The investigation could last until February 2018, reports the Troy Messenger.

5. Wilkerson’s Injuries Include Swelling on the Brain & a Cracked Eye Socket

Wilkerson’s father told WKRG that his son has suffered, “trauma to the brain, swelling on the brain, and a cracked eye socket in three different places.” In a Facebook post, Sadot Wilkerson wrote, “As y’all can can see troy police officers tried to kill my son he has massive swelling and they can’t start surgery until swelling goes down need help with lawyer names and numbers justice for my son love you fattdaddy daddy on da way rite there wit you and please help if this can b put on da news.”

Civil rights activist Rev. Al Sharpton has shared the images of Wilkerson on his official Facebook page. Sharpton said that his organization are ready to work with the family. 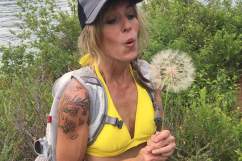 Loading more stories
wpDiscuz
0
0
Would love your thoughts, please comment.x
()
x
| Reply
An Alabama teenager was badly injured with trauma to his brain after an encounter with police in the city of Troy.