President Donald Trump and Republican members of Congress gathered Wednesday afternoon for a ceremony celebrating the passage of the GOP’s sweeping tax bill. You can watch video of the full celebration above.

The victory celebration came after a late night 51-48 vote along party lines by the Senate and a 224-201 vote of the House. No Democrats supported the bill and 12 House Republicans voted against it. Trump is expected to sign the bill into law later this week.

“We broke every record, it’s the largest, I always say the most massive, but it’s the largest tax cut in the history of our country and reform,” Trump said, as members of Congress and Vice President Donald Trump stood behind him. “It’s really something special.”

Trump thanked several members of Congress for their work, saying, “it’s really a lot of fun when you win. … We haven’t even been a year, and we did the largest tax cut in our history. I hate to say this, we essentially repealed Obamacare, because we got rid of the individual mandate, which was terrible.”

Senate Majority Leader Mitch McConnell said, “This has been a year of extraordinary accomplishment for the Trump administration. We’ve cemented the Supreme Court right of center for a generation. Mr. President, thanks to your nominees we’ve put 12 circuit court judges in place, the most since the circuit court system was established in 1891, you hold the record. You’ve ended the over-regulation of the American economy and that coupled with what we did last night and what the House finished this morning, means America is going to start growing again.”

House Speaker Paul Ryan said at the victory celebration, “What this represents is a promise that each and every one of us made to the American people last year is a promise that is kept today. Something this big, something this generational, something this profound couldn’t have been done without exquisite presidential leadership. Mr. President, thank you for getting us over the finish line, thank you for getting us where we are. This has been such a team effort from everybody.”

While Republicans are celebrating the bill, Democrats are speaking out harshly against it.

Senate Minority Leader Chuck Schumer said on Twitter, “Yet again, Republicans showed their only priority is to give the richest few a bigger piece of the pie. I believe the entire Republican Party, will come to rue the day they voted for the #GOPTaxScam. Today it’s clear as day: Republicans stand with the wealthiest few – not with the middle class.”

House Minority Leader Nancy Pelosi said in a statement, “The House revote is the latest evidence of just how shoddily written the GOP tax scam really is. The wealthy and well-connected will be exploiting the hidden loopholes and giveaways in the GOP tax scam for years to come. Meanwhile, middle class families pay more and our children get stuck with the bill for an exploding national debt. … the American people will once again see the contempt House Republicans have for the future of the American middle class.” 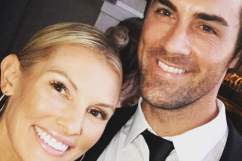 Loading more stories
wpDiscuz
0
0
Would love your thoughts, please comment.x
()
x
| Reply
President Donald Trump and Republican members of Congress are held a ceremony to celebrate the passage of the GOP's tax bill.