Sara Zghoul, a model, aspiring actress, and young mother from Oregon was murdered, and her remains were stuffed into suitcases that were found in an abandoned BMW.

Zghoul, 28, was remembered by friends and loved ones for her love of her young child and her beauty, which led to modeling assignments. The suspect has been identified by The Oregonian as 35-year-old Jeremiah “Jeremy” Johnston, who lived at his mother’s house in Aloha, Oregon, about half a mile from Zghoul’s home and near where she was found dead. Johnston was released from prison last year and has a lengthy record that includes several drug and gun convictions.

1. Zghoul’s Body Was Dismembered & Decapitated in the Horrific Crime

The details of what happened to Sara Zghoul are graphic and horrifying. According to Oregon Live, authorities discovered the “decapitated and dismembered body of a woman stuffed inside two suitcases in the trunk of a luxury car.” The body was later identified as Zghoul, who was from Aloha, Oregon.

Police discovered Zghoul’s remains after getting a tip “regarding a possible homicide where the victim’s body had been left inside a vehicle,” reported KATU-TV.

2. A Suspect Is In Custody After Being Tracked Into a Ravine

Authorities have not revealed much about the suspect who is in custody. According to Fox 12, the suspect was taken into custody not long after Zghoul’s body was discovered. He was detained in Beaverton, but “deputies said his name is not being released,” the television station reported.

A local man described to Fox 12 seeing the suspect leaning against a tree in the woods and wailing. “I could see a murderer right below our deck,” the witness told the television station. “The tone of his voice when he was yelling, it was very desperate.”

The witness told the television station that he called 911, adding, “It was really cold and rainy, and he’s just sitting out there leaning against a tree.” The suspect is from Aloha.

The suspect was found in a ravine, where he had allegedly tried to commit suicide, according to Newsweek.

The suspect remained hospitalized on January 28. He has not been publicly identified by the Washington County Sheriff’s Office, but has been named by The Oregonian as Jeremiah Johnston. 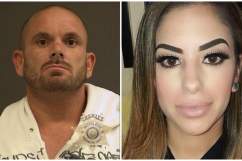 3. Friends Remembered Zghoul as a Loving Mother Who ‘Touched Lives’

Friends remembered Zghoul for her inner beauty as well as her physical form. Wrote one friend on Facebook, “I wish I could’ve been there to protect you because this would’ve never happened! Praying for you and your family. Go with God and rest in His loving arms..” Another wrote: “#rip your a beautiful angel up above.”

Jessica Winters, a friend, told Fox 12 she was in shock, saying, “I’m just like comprehending everything. She was so outgoing, she walks in a room and you just have to be happy.”

“She was such an amazing human. Our hearts are forever shattered.” The sisters of Sara Zghoul are in shock tonight. The young mother was found dead inside a car trunk in Aloha. Thoughts & prayers for her sisters, parents & her son ? @fox12oregon #aloha pic.twitter.com/aDDB21Z1Ww

“Rip you were a beautiful young mother now your a beautiful angel ? prayers for your family ???? so very sad,” wrote another friend. “My heart hurts so much.. I’m still in disbelief that your gone.. you were my sister and I had some of the best times of my life with you.. at a loss for words all I can say is i deeply love you Sara Zghoul Rest In Peace you beautiful soul❤️,” wrote another.

“I’m sorry u left the way u did you touched lives and brought smiles to anyone around u your child will love u forever and ever and always know the beauty u posesed until we meet again friend,” wrote another man.

On one of her Facebook pages, Zghoul wrote that she studied Pharmacology at Portland State University. On Instagram, Zghoul had recently posted about a relationship, writing, “I love having this 32-yr-old childboyman in my life. He irritates me more than anyone else could, because he knows my ‘tells’. But dat okaaaay, I know hims!”

Another wonderful shoot with @lestertsaiphotography

On a recent modeling photo of herself, she wrote, “Runway show I walked in for a few different brands but here, I am sporting the clothing line ‘Issuez’. I’m sorry to all the wonderful photographers – I do not know who took this one. ❤️” Her Instagram page is filled with modeling shots.

She wrote under one picture of her young son, “what an amazing boy God blessed me with. I love you to the moon and back an infinite number of times! ?” She had also posted a recent photo of a missing young woman on her social media pages.

She also wrote with one photo: “Live dangerously occasionally.”

5. Zghoul Once Wrote That She Didn’t Know How Her Story ‘Will End’

? Family of Sara Zghoul just sent me this picture. This is Sara, her body was found inside a car in Aloha. A suspect is in custody @WCSheriff @fox12oregon pic.twitter.com/bvowbQVemn

Some of the young woman’s social media posts are heartbreaking in retrospect. “I don’t know how my story will end but nowhere in the text will it read ‘I gave up.’ Life gets better if you want it to. And I love mine,” she wrote in one.

She touched lives during her short life. Gregory McKelvey, a friend since childhood, told Fox News, “She was known for being a great person and she touched so many people. It felt like she knew everyone and losing her is a big loss for the community.”