The ex-boyfriend of a college cheerleader has turned himself in to authorities, four months after she was raped and murdered. Authorities in San Antonio announced on February 28 that Mark Howerton, 22, was in custody in relation to the killing of Trinity University student Cayley Mandadi, 19. Mandadi’s Halloween death had been considered a mystery at the Texas school.

On November 4, the school alluded some what to Howerton’s connection to the death in Facebook post that read in part, “Mark Howerton, who had been associated with Cayley and is not welcome back to Trinity.” Mandadi was traveling in a car on October 29 with Howerton when he noticed she wasn’t breathing, he dropped her at hospital in Luling and left the scene. Mandadi was transferred to a hospital in Kyle and put on life support. That support was turned off on October 30. She was pronounced dead on October 31.

In her obituary, Mandadi was described as someone who ” touched and brightened countless lives with her kind heart, contagious laugh and amazing spirit.”

1. Howerton Told Cops He Had ‘Make-Up Sex’ With Mandadi Shortly Before Her Death

According to documents in the case, Mandadi attended the Mala Luna music festival in San Antonio on October 28. Howerton told police that the couple drank Crown Royal whiskey and took MDMA. While there, the couple encountered another ex-boyfriend of Mandadi’s, Jett Birchum. The couple engaged in a fight during which, according to the documents.

Mandadi’s autopsy revealed that she had suffered head trauma. When Howerton was first interviewed by detectives it was noted that the suspect’s knuckles were marked “in a manner consistent with someone punching someone else.”

After their argument, the couple left the festival. Howerton says that after driving for a while, they parked at a gas station for “make-up sex.” Howerton described the sex as being rough. The suspect told police that Mandadi told him that she would leave college for him and go to Houston to be together.

When Mandadi was initially brought to the hospital on October 29, she was nude from the waist down. Police were called to the medical facility and noticed that Mandadi had bruises on her thighs and neck. Upon further investigations, the documents show that detectives found Mandadi was “covered from head to toe” in various cuts and bruises. Police do not believe that these injuries are consistent with Howerton’s assertions that the pair had “rough sex.”

You can read the full documents in the case here:

In the documents, it’s shown that investigators interviewed multiple associates of Howerton who described him as suffering from roid rage. One friend said that Howerton had “destroyed” Mandadi’s dorm room during one bout of rage. After thrashing the room, Mandadi’s sorority sister says Howerton threatened to throw Mandadi off of her balcony. That sorority sister said that Mandadi had confessed to her several times that she was scared of Howerton and that she gave in to him out of fear. One person said that he had bought anabolic steroids from the suspect.

My San Antonio reports further about Howerton allegedly destroying Mandadi’s dorm room. The website says that on September 24, 2017, Trinity University police were called to her residence after neighbors reported hearing loud noises as well as two people fighting. When cops got there, Howerton was alone in the room. He told officers he was waiting there while Mandadi was at a party. When Mandadi did return, she was upset, according to My San Antonio. Damage included items being broken and thrown to the floor, soda being poured on the bed and a screen door being smashed. Howerton was charged with criminal mischief for the nearly $1,500 worth of damage.

Mandadi’s ex-boyfriend was also interviewed by police. He said that Mandadi and him had broken up in August 2017 but were trying to get back together. Jett Birchum said that he had seen Howerton being “aggressive” with Mandadi at the music festival. Witnesses saw Howerton slam Mandadi’s head against his car’s window on another occasion.

3. Howerton’s Attorney Says He Is Innocent of All Charges

Speaking to the media, Howerton’s lawyer, John Hunter, said that is client is innocent of all charges. KSAT reports that Hunter as saying, “Mr. Howerton is ready and eager to vindicate himself in court. He’s innocent of the charges, and he’s doing the right thing. If someone has a warrant out for his arrest, then he needs to turn himself in.”

According to documents, Howerton says that he had known Mandadi since February 2017 and had been dating her since September 2017.

Online records show that Howerton has been previously arrested. In February 2015, Howerton was arrested in Tyler for possession of marijuana and another controlled substance. 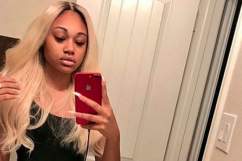 4. Howerton Was Regarded as a ‘Hitting Machine’ During His High School Baseball Career

During his high school years in Tyler, Texas, Howerton was once voted as Athlete of the Week by the school’s local NBC affiliate. At the time, Howerton was a star on his school’s baseball team. The TV report refers to him as being a “hitting machine.”

A student at Trinity, Connor McClure told Fox San Antonio a few days before Howerton’s arrest, “There are rumors [Howerton] has shown up to Greek life before. Other than that, I don’t know anything about him.” McClure also told the station that, “A lot of people were really shaken up,” after Mandadi’s murder. 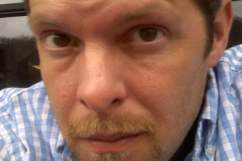 5. Mandadi’s Family Said Her Death ‘Left an Unimaginably Painful Gap in Our Hearts’

While not speaking publicly at the time of Mandadi’s death, her family expressed the sorrow in her obituary. One part of the tribute reads, “was our purpose and meaning since the day she was born. She leaves an unimaginably painful gap in our hearts, but will remain forever young in our memories.” Mandadi was active in her youth in theatre, the girl scouts and “hiking in foreign countries.” The obit mentions that Mandadi is survived by family members in the United States, Canada and India. It concludes with the linest, “While we grieve intensely for a wonderful life cut short, we take comfort in that her life was joyful, full of love, beauty, compassion, and intelligence, and made this world a better place for all her friends and family. While we will miss her deeply, we know that she will live on in the hearts of her friends and family for the rest of our lives. We don’t expect the crying to stop any time soon, but she gave us plenty to smile about while she was with us.”

After news of Howeton’s arrest had spread, Mandadi’s family released a short statement that read, “We remain utterly devastated by the loss of Cayley. We ask people of faith to pray for her family, friends, and for justice in this case.”

Loading more stories
wpDiscuz
0
0
Would love your thoughts, please comment.x
()
x
| Reply
The ex-boyfriend of a college cheerleader has turned himself in to authorities, four months after she was raped and murdered.