Getty Ed Stack attends the Dick's Sporting Goods "We Could Be King" Premiere during the 2014 Tribeca Film Festival at Sunshine Landmark on April 23, 2014 in New York City.

“Thoughts and prayers are not enough,” says Edward W. Stack, CEO of Dick’s Sporting Goods, a major gun retailer. And with those words, in a statement released early Wednesday morning, the 70-year-old sporting goods chain will no longer sell assault-style rifles and high capacity magazines and has raised the purchase age to 21.

Reacting to the mass shooting at Marjory Stoneman Douglas High School, as students return to classes for the first time since the Feb. 14 massacre of 17, Stack said, “We support and respect the Second Amendment, and we recognize and appreciate that the vast majority of gun owners in this country are responsible, law-abiding citizens. But we have to help solve the problem that’s in front of us. Gun violence is an epidemic that’s taking the lives of too many people, including the brightest hope for the future of America – our kids. Following all of the rules and laws, we sold a shotgun to the Parkland shooter in November of 2017. It was not the gun, nor type of gun, he used in the shooting. But it could have been.”

There are more than 715 Dick’s Sporting Goods Stores and more than 125 combined of its Golf Galaxy and Field & Stream locations, the latter where rifles sales will stop.

1. Stack Said Nikolas Cruz Bought A Gun At a Dick’s Store in Florida

Although he did not buy the AR-15 he confessed to using in the massacre on Valentine’s Day at Marjory Stoneman Douglas High School that killed 17, Nikolas Cruz bought a gun at Dick’s, Stack says.

As Heavy reported, police got a tip about Cruz and his arsenal and plans on Nov. 29, 2017. 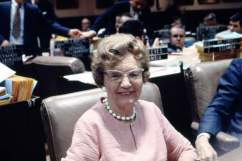 Florida authorities were told Cruz “bought a gun from Dick’s last week and is now going to pick it up.”

2. Stack Said the Student-Led Gun Control Movement Inspired Him to Enact the Ban at His Stores

Saying it’s ‘united in sport’ and deeply disturbed by Stoneman Douglas shooting, Stack said he was inspired by the gun-control advocacy led by the student survivors of the shooting. 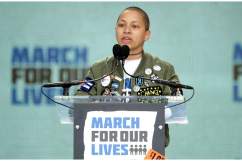 Dick’s Sporting Goods announced this morning it would cease sales of assault rifles and require a gun purchaser be 21.

“We have tremendous respect and admiration for the students organizing and making their voices heard regarding gun violence in schools and elsewhere in our country.
We have heard you. The nation has heard you,” Stack said Wednesday morning.

Stack said, “But thoughts and prayers are not enough. We have to help solve the problem that’s in front of us. Gun violence is an epidemic that’s taking the lives of too many people, including the brightest hope for the future of America – our kids. We deeply believe that this country’s most precious gift is our children. They are our future. We must keep them safe.”

We deeply believe that this country's most precious gift is our children. They are our future. We must keep them safe. Beginning today, DICK'S Sporting Goods is committed to the following: https://t.co/J4OcB6XJnu pic.twitter.com/BaTJ9LaCYe 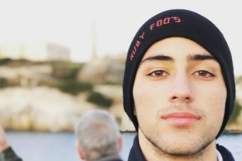 GettyVictims of gun violence attend a vigil to mark the 5th anniversary of the 2012 mass shooting at Sandy Hook Elementary School in Newtown, Connecticut, at Rutgers Presbyterian Church, December 14, 2017 in New York City.

Just days after the mass shooting at Sandy Hook Elementary School in Newtown, Connecticut where Adam Lanza killed 20 first-graders, six educators and himself, Stack announced Dick’s would stop selling assault rifles. At the time it wasn’t clear if the ban was permanent. It was. Stack said in today’s statement that his company “had already removed them from all Dick’s stores after the Sandy Hook massacre.” In December of 2012, just four days after the school slaughter, Stack offered his and his company’s “deepest sympathies to those affected by this terrible tragedy …during this time of national mourning.” The sale of assault rifles had ended at the world’s largest sporting goods chain.

NBC News reported at the time that Adam Lanza had tried to purchase a rifle at a Dick’s in Danbury, Connecticut. Then-Connecticut State Police spokesman Lt. Paul Vance said officials were tracing every weapon connected to Lanza.

4. Dick’s Sporting Goods Was Founded in 1948 With Savings From Stack’s Grandmother’s Cookie Jar

YouTube/Dick’s in Binghamton, New York in 1948.

Dick’s Sporting Goods was founded in 1948 when an 18 year-old Dick Stack was working at an Army surplus store in Binghamton, New York. An avid fisherman, Dick was approached by the store owner to come up with a list of products needed to get into the fishing tackle business. After Dick presented his suggestions, the owner told him he was a dumb kid and had no idea what he was doing. Dick was upset and promptly quit. He went to his grandmother’s house where he spent a lot of time as a kid and told her what had happened.

Dick’s grandmother asked how much it would cost to build the store himself. Dick said it would cost $300. His grandmother then went to the cookie jar where she kept her life savings and gave him $300 and told him “do it yourself.” Dick used that money and his relentless work-ethic to open a bait-and-tackle shop in Binghamton. By the late 1970’s, he expanded his product line to include much of what you’ll find at Dick’S Sporting Goods today.”

5. Stack Was Named As Among the World’s Richest People By Forbes & He Is a University Lecturer

In 1977, Ed Stack, named to Forbes’ ranking of the richest people, began his career with the company his father founded and was, by 1984, chairman, president and CEO. In 2017, Forbes said Stack, 62, was worth $1.2 billion. Stack and his siblings bought the store from their father and are responsible for taking two stores and growing the chain. Dick’s went public on the New York Stock Exchange in 2002 under the ticker symbol DKS.

Correction: A previous version of this story cited Forbes as noting Stack is a Baseball Hall of Fame board member. He is not. Apologies to both Messrs. Stack.