Cops in Massachusetts say a 23-year-old man stabbed two people inside of a public library, killing one, on a Saturday morning. Middlesex District Attorney Marian Ryan told the media on February 24 that Jeffrey Yao, who was known to police, was in custody in Winchester after the attack. The Boston Globe reports that a 22-year-old woman was killed inside of the Winchester Public Library’s reading room. She has not been named. Local police received multiple calls from the library after the stabbing took place.

A 77-year-old man, who had apparently tried to intervene in the fatal attack was also stabbed, he is expected to survive. DA Ryan said that Yao is facing a murder charge as well as a charge of assault with intent to murder. The district attorney added that as Yao was taken into custody, he was yelling “incoherently.” Ryan also said, “The preliminary investigation suggests that the female victim was seated at a table in the library when the suspect approached her, unprovoked, stabbing her multiple times.” Yao will be arraigned in Woburn District Court on February 26.

A 22-year-old woman brutally stabbed to death this morning while she was studying inside the #Winchester Public Library. DA says suspect approached her from behind with a 10-inch hunting knife. Still unclear whether suspect knew the victim. Details at 10PM @boston25 pic.twitter.com/DAddHzfDMx

DA Ryan said that the victim was in a reading room studying when the suspect approached her from behind and stabbed her in the torso and head with a 10-inch blade hunting knife. The woman stumbled from the reading room to the front the library while other patrons apprehended Yao until police arrived. Winchester Police Chief Peter McDonnell said at the press briefing, “I want to thank men and women who were present at the Winchester Library, who came to this woman’s aid and corralled the suspect until the police was able to get there and place him under arrest.”

The woman was rushed to a local hospital where she succumbed to her injuries. In terms of motive, Ryan said, “With respect to motive, possible knowledge of the parties of each other, that is all part of the early and ongoing investigation, which we’re conducting right now.” Yao is “known to police,” according to Ryan, though she didn’t elaborate on how.

Nick Pappas wrote on Twitter after news of the attack became widely known, “Horrible news. I went to High School with this person and sat near him in AP Economics. I’m not exaggerating when I say he didn’t shower for six months straight. He exhibited plenty of mental health issues, but clearly nothing was done about it.”

According to his Facebook page, Yao is from the city of Jinan in China. At the time of his arrest, Yao was living in Winchester. Neighbors told the Boston Globe that Yao had been quiet in his youth but as he grew up he began exhibiting strange behavior. That behavior allegedly included trying to break into houses, smashing glass publicly and threatening people on the street.

During the summer of 2017, a group neighbors in Winchester told WCVB that they went to police to talk about Yao’s behavior. Nicole Luongo told the station, “They go, ‘We’re handling it. It’s under control, don’t worry about it. We know what’s going on. We can take care of this.” While Leslie Luongo said, “We went to the police and now this poor innocent girl, whoever she is, is gone,” Leslie Luongo said. “They have to do more in this country with mental illness.” 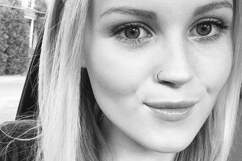 Read More
Breaking News, Murder
Cops in Massachusetts say a 23-year-old man stabbed two people inside of a public library, killing one, on a Saturday afternoon.