Joevon Patterson-Smith, a 17-year-old Washington D.C. student with special needs, died 19 days after a violent attack that is believed to have occurred inside a classroom, his family says. The official cause of death has not yet been released, but Joevon’s family believes that his death was a direct result of injuries he sustained during the attack at Frank W. Ballou High School.

His family told Heavy he was a quiet, kind young man. He ran track and enjoyed sports. He loved his family and often posted pictures of them on his Instagram account. He was scheduled to graduate this year and begin a new life beyond high school. Patterson-Smith’s family are looking for answers, and they are looking for justice.

1. Authorities Say Patterson-Smith Was Attacked When He Refused to Let Classmates Use His Phone

Police and other authorities have said Joevon Patterson-Smith was attacked when he refused to let his attackers use his phone, according to WUSA-TV. The police report, outlined in further detail below, also states that the attack had to do with a dispute over a cell phone.

This police report details the attack against Joevon Patterson-Smith at Ballou High School on January 10th. He died 19 days later.

Police said it is unclear if the attack had anything to do with Joevon’s death. Investigators are waiting on an autopsy. @wusa9 pic.twitter.com/cW1qu6VZiQ

According to police and witnesses, three students approached Patterson-Smith in a classroom and demanded that he let them use his cell phone. When he allegedly refused, the three attackers began to hit him, striking blows to his body and face as well as dousing him with perfume, according to the New York Daily News. Additionally, WLWT-TV reports that Patterson-Smith was kicked in the head during the attack, which his father, Joe Patterson, described as an ambush.

One discrepancy is how many students were involved in the attack; some reports say that Joevon was assaulted by three people; others say four. It is further believed that all of the students alleged to be involved in the attack are minors. Their names have not been released and it is not known if they have been charged with any crimes.

Patterson-Smith put his head down in class following the attack and when he came home, he began spitting up blood, WLWT reports. At that point, Joevon’s family rushed him to the hospital, where he would remain for the next 19 days.

2. His Older Sister Says the School Has Misrepresented What Happened, Saying Her Brother Was ‘Beat, Tased & Maced Numerous Times’

Samaya Smith, Joevon’s older sister, told Heavy that Ballou High School has withheld and misrepresented certain information in connection with the attack. Samaya said, “we [the Smith family] want to bring as much awareness to this as we can.”

Samaya said her brother’s attackers used a stun gun on him multiple times and that he was maced. “They beat, tased and maced him numerous times INSIDE OF A CLASSROOM IN BALLOU HIGH-SCHOOL WITH A TEACHER PRESENT IN THE SAME ROOM WHILE THIS ALL HAPPENED,” Smith told Heavy.

It is believed that there are multiple students who witnessed the attack. However, interviewing those witnesses may be complicated.

“The police chief also said that one of the challenges in this case is that some of the children they are interviewing are developmentally disabled, so they have to follow a certain procedure when they talk to those kids,” reports Fox DC.

“How she [the teacher] did not hear the taser go off? Your guess is just as better as mine. After the initial attack in the classroom, these spiteful individuals followed my little brother to the bus stop where they continued to hit and tase him,” Samaya Smith said in an email to Heavy.

3. Police Are Actively Investigating Joevon’s Death, but It Has Not Been Ruled a Homicide

The police report, albeit brief, also contains a reference to the dispute over Joevon Patterson-Smith’s phone. The officer took a statement from “V1,” the victim, who is believed to be Joevon himself, who was visited by detectives in the hospital. WLWT reports that Joevon had multiple learning disabilities, but was still able to give a verbal statement to detectives upon questioning. Joevon’s mother, Rashonda Smith, confirmed that Joevon was in a special education program but did not elaborate further.

It is believed that during his hospitalization, Joevon developed blood clots in his brain, suffered multiple seizures, and was eventually declared brain dead. However, the official cause of death has not been released as the autopsy report is still pending. It is the Smith family’s belief that Joevon ultimately died due to swelling of the brain.

If the autopsy report does in fact state that Joevon died as a result of injuries he suffered during the attack, it is unclear if the Metropolitan Police Department will officially open a homicide investigation. Currently, the police report lists the incident as “simple assault” which is a misdemeanor.

4. Joevon Was Frequently Bullied By Other Students, With Some Cruel Posts Still Showing on His Instagram Profile

Samaya Smith told Heavy, “My brother was not attacked over a cell phone and he was not attacked by just two people. He was targeted for no good reason other than the fact that he wouldn’t defend himself. If anyone know my little brother you know that he’s quiet, very stand offish (especially when he doesn’t know you), and sooooo shy. My little brother would never harm anyone. And he did not deserve any of this as anyone wouldn’t. He was being bullied for a while now by all four of these individuals. His Instagram account will attest to that.”

At first blush, Joevon’s Instagram account seems like any other typical teenager’s. He posted selfies, pictures of friends and family, videos of sports and so forth. But, after taking a closer look, it is easy to understand what his sister was talking about. Many of his posts are littered with insulting, derogatory and mean-spirited comments.

The following comments were posted on Joevon’s Instagram page, the majority of which are attributed to two different account holders. Please note that there are many more insulting, graphic and explicit insults omitted from this list; this is a mere excerpt of the cyber-bullying Joevon was subjected to:

– You look dum[sic];
– Stupid-head!
– Punk-ass bitch!
– Idiot!
– He’s gaaaaayyyy….
– this boy’s a real first-class jackass!
– Gay
– Bitch
– Idiot
– U can give it up now, stupid! No one isn’t gonna comment happy birthday! In fact who on here cares that it’s your birthday?!
– No one cares that it’s your birthday, dumbass!
– Sure. Let’s all say happy birthday to (one of Instagram’s) the world’s biggest stupid idiot in the whole universe!
– Say happy birthday to this ass-whupping, motherf*cker!
– Moron
– You look ugly as sh*t
– Everybody on ig, please don’t follow this nerd! Don’t like or comment on his posts (unless they’re insults)! He’s a child molester and a rapist!
– Gay ass

In addition to cyber-bullying, it is believed that Jaevon was relentlessly picked on while he was at school, his sister said.

“It kills me that Ballou Senior High School are really hiding the truth. especially with how bad bullying has become in our country. I am disappointed because this school system has failed my little brother,” Samaya Smith told Heavy.

5. The Patterson-Smith Family Has Hired an Attorney & Joevon’s Sister Says ‘We Need Justice’

Joevon’s mother, Rashonda Smith, confirmed that the family has retained counsel, but Ms. Smith did not specifically indicate which attorney is representing the family.

“Bullying as we all know has been out of hand recently. But when it hits close to home the feeling is unimaginable…Shame on you Ballou for not bringing awareness to the situation at hand especially at the expense of my family…WE NEED JUSTICE,” Samaya stated.

Samaya has launched a GoFundMe campaign to help the family raise money.

Samaya wrote the following about Joevon:

“On January 10th, 2018 a beautiful, shy, and kindhearted soul was viscously attacked inside a classroom at Ballou High School in Southest, D.C. Joevon initially went into the hospital 24 hours after the attack took place because Ballou failed to report the altercation, where he was tased and sprayed with perfume. He was beaten, punched and kicked in the head and body numerous times. Joevon fought for his life tremendously while in the hospital but, things suddenly took a turn for the worst when he started to have seizeres. On January 27th, 2018; Joevon was pronounced brain dead due to his traumatic brain injures. Joevon was a Special Needs student at Ballou High School; he had a speech impediment and was also developementally delayed. On January 29th, 2018 Joevon died due to swelling of the brain. Joevon was such a loving and kind person who didn’t deserve this aimless attack. Just like countless other bullying victims all throughtout the world. Joevon was a son, brother, cousin, nephew, and uncle. Our family is still in disbelief and completely broken over this incident. In how cruel and cold-hearted someone could be to bully and harm someone who was so innocent and defenseless. I am making this gofundme account to cover my brothers funeral expenses. Both of my parents took time off work to be with Joevon during this time, and never would have imagined they’d be burying their son so suddenly. My parents will also be in charge of all final expenses for my brothers funeral. Thank you all for taking the time to read about Joevon’s story. I cannot begin to thank you all for the continuous support, helping to get Joevon’s story out, and for trying to get those involved held accountable! Every little bit counts. We are looking to reach our goal as soon as possible so that we can have the proper service our Joevon deserved. My family thanks you all from the bottom of our hearts and we are immensely grateful!” 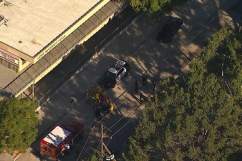