The indictment reads in part that Kettle “maliciously threaten(ed) injury” to the then teenage victim “to compel him to do an act against his will, to whit, engage in sexual penetration.” The victim is now 24 and his name has been made public.

Now 26, Kettle was just 19 when he was elected to the RI state legislature in 2010 after beating the incumbent by less than two dozen votes. He’s since been elected an additional three times.

Prosecutors say Kettle also exchanged nude and sexually graphic photos with a longtime friend. The photos the men shared were of Kettle’s girlfriend and the man’s spouse and a third woman. None of the women were aware they were being photographed or filmed. Kettle’s girlfriend went through his phone, found the images and brought the phone to police.

Kettle pleaded not guilty to the state’s charges of extortion and voyeurism. In his resignation letter to the RI General Assembly, Kettle calls the allegations “unfounded.”

The Rhode Island General Assembly has removed his page from its website.

1.Kettle Remained Active With The Boy Scouts, Where He Achieved The Rank of Eagle Scout 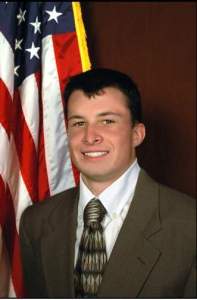 Kettle says that he is still involved with Troop 39 of Summit, Rhode Island where he landed his Eagle rank. In his bio on his website, Kettle says he is also a member of the Order of the Arrow, the National Honor Society of Boy Scouts.

2.Kettle Ran & Won His Senate Seat On a Platform of Personal & Fiscal Responsibility

Kettle vowed to vote against any and all new taxes, fees and spending increases and vote against “increased government intrusions into your life.” His bio on his campaign website says he is a lifelong resident of rural Coventry.

3.Kettle Was Recently Interviewed by the RI Young Republicans Group 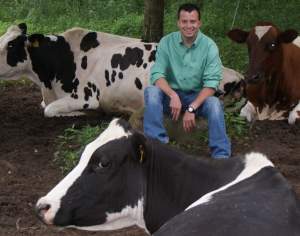 In a January 2018 interview with Ocean State Young Republicans, called Young GOP 401 (Rhode Island has but one area code) Kettle spoke about his girlfriend who had to leave Rhode Island to find a job in Massachusetts, “because there was nothing here for her except entry level work.” He also said a 2018 legislative goal was to work on “illegal immigration by reversing policy by the governor to deport illegal aliens who have been convicted of a crime of violence whom ICE has a warrant out on.” And, he said he would be, “co-chairing a commission on the sale of raw milk.” The region of Rhode Island is home to dairy farmers.

4. The RI Senate President Said the Charges Against Kettle Are “Extremely Serious” & ‘Unlike Any Witnessed’the in the State Senate

“The extremely serious allegations against Mr. Kettle, including sexual exploitation of a minor in the Senate page program, are unlike any I have witnessed during my time in the Senate. I am grateful that Mr. Kettle has chosen a path that avoids requiring his colleagues to consider expulsion,” RI State Senate President Dominick J. Ruggerio said in a statement.

Republican Senate Minority Leader Dennis Algiere told Rhode Island Public Radio that while he was surprised following the raid on Kettle’s home and subsequent indictments, adding he’d never seen “any of this behavior when he was at the Statehouse,” he agreed Kettle needed to go: “I just think it would not be in the best interest of the state and his constituents for him to continue to serve.”

A resolution of expulsion was filed in the state Senate.

5.The Victim Ran Against Kettle In ’14, But Lost & Then Moved to Nashville to Start a Music Management Company

Zach Farnum left Rhode Island, moved to Nashville and started what appears to be a thriving music management and publicity company called 117 Entertainment Group. His clients include Randy Travis, Jerry Lee Lewis, Conway Twitty and Bobby Bare. A spokesman for Farnum said he would not be commenting on the open investigation saying he has “spent the last seven years coming to terms with what was done to him, and moving on from it.”

On the day the indictments against Kettle were revealed, Farnum posted:

Read More
5 Fast Facts, Breaking News, Crime, Politics
Now 26, Nick Kettle was just 19 when he was elected to the RI state legislature in 2010 after beating the incumbent by less than two dozen votes. Thursday he resigned after being indicted for extortion and voyeurism.