Christine Loeber, executive director of the Pathway Home program for veterans, was one of the three hostages who were killed at the Veterans Home of California in Yountville, according to a statement released by The Pathway Home. The Pathway Home announced that Loeber, Dr. Jen Golick, a therapist, and Dr. Jennifer Gonzales, a psychologist, were killed. Earlier today, a hostage situation turned tragic after the gunman and his last three hostages were found deceased. The Veterans Home was put on lockdown on Friday for more than seven hours after there were reports of an active shooter in the facility. It is not known if Loeber died in the hostage standoff, but it was reported that she was a hostage and executive director of the program that the gunman had been asked to leave. Here’s what you need to know about Christine Loeber.

1. Christine Loeber Was a Hostage at the Veterans Home of California in Yountville

#Yountville: State Sen. Bill Dodd said all of the hostages are employees who worked with the suspect in the Pathways program, including Executive Director Christine Loeber (pictured).

The suspect was asked to leave the program earlier this week. https://t.co/P2i9jqmIiA pic.twitter.com/nUt71SjSE5

Christine Loeber, 48, was one of the last three hostages during a nearly seven-hour standoff at the Veterans Home of California in Yountville. Reports indicated that the gunman, 36, entered the building during a party, took a number of people hostage, and then closed himself off in a room with three hostages. Officials reported that after the gunman released some of his initial hostages, he and the last three remaining hostages were later found dead. The Pathway Home released a statement confirming Loeber was one of the three victims.

Loeber grew up in Massachusetts and graduated from Oliver Ames High School in Easton. She had an undergraduate degree in communications from the University of New Hampshire. She worked for NESN after college as a marketing and community relations coordinate and later as an affiliate relations manager. She left in 1999 and worked at Engage and The Yankee Group in Massachusetts, before finally switching her focus and working for five years at Boston Health Care for the Homeless. In 2008 she earned a master’s degree from the Boston College School of Social Work, specializing in mental health. That was the same year she joined the VA as a trauma and substance use disorder therapist. She specialized in helping women, her father Donald Loeber told the Boston Globe.

“She was into helping women coming back from the war with problems, drinking and drugs. She loved it.”

Loeber thought of the innovative idea to introduce trauma sensitive yoga to women in the VA Boston Healthcare System. When she moved to The Pathway Home, she absolutely loved her job and helping the veterans there. Her father said: “She was happy as hell up there, she loved it. She was working with guys who were screwed up in Afghanistan and Iraq, it’s a home for them, really. A nice place.”

3. Loeber Said that Many Veterans Need to Be Taught How to Operate in Society After Being Under Such Extreme Stress

#Update: Christine Loeber is among the 3 people killed by an Army veteran in #Yountville. She was executive director of The Pathway Home, an organization that counsels veterans suffering from #PTSD.
I don’t know Christine, but I’m sad we lost such a dedicated social worker. pic.twitter.com/SBtGGu7fhz

Loeber and the Pathway Program were featured in a San Francisco Chronicle story in November 2017. She told the Chronicle: “When these people are in combat, their systems are programmed to keep them alive under incredibly stressful situations. Nobody helps them understand that when they get back they have to reprogram their nervous system to operate at a different caliber so they can be successful civilians.”

Loeber’s father, Donald Loeber, told the Boston Globe that she died doing what she loved. “She wanted to serve people.”

A statement released by Larry Kamer of The Pathway Home read: “It is with extreme sadness that we acknowledge the death of three members of The Pathway Home family — Christine Loeber, our Executive Director; Dr. Jen Golick, our therapist; and Dr. Jennifer Gonzales, a psychologist with the San Francisco Department of Veterans Affairs Healthcare System. These brave women were accomplished professionals who dedicated their careers to serving our nation’s veterans, working closely with those in greatest need of attention after deployments in Iraq and Afghanistan. All of us at The Pathway Home are devastated by today’s events. We stand with the families, friends, and colleagues who share in this terrible loss.”

Loeber Had Planned to Open The Pathway Home to Women Too

Loeber was a social worker with a master’s degree from Boston College, the San Francisco Chronicle reported. She had been working at VA clinics in San Francisco and Menlo Park when she was hired by Pathway, including a location made famous in the book “One Flew Over the Cuckoo’s Nest.” The Pathway Home had always been open just to men, but Loeber had plans to open it to women too and house them on a different wing from the men. Pathway was home to 14 men, but was expected to rise to 34 residents once women were added.

Christine Loeber was a hero. You needed a bed for veteran, she'd move to make it happen as quick as she could.

People salute a uniform. Deservingly. But it's easy to forget those that dedicate their lives to support them; save them. You were a gem. #PathwayHome ?? https://t.co/CYVbYmccmn 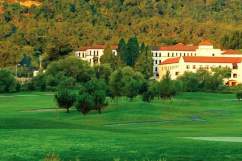 Yountville Shooting at Veterans Home of California: 5 Fast Facts You Need to Know

Loading more stories
wpDiscuz
0
0
Would love your thoughts, please comment.x
()
x
| Reply
Christine Loeber was named as one of the hostages in the Veterans Home of California shooting in Yountville. Here are more details about Loeber.