Dr. Jennifer Gonzales, a psychologist, was one of the three hostages who were tragically killed by a gunman at The Pathway Home on the campus of the Veterans Home of California in Yountville. The Veterans Home was put on lockdown on Friday after there were reports of an active shooter in the facility. Police, SWAT, ATF, and the FBI all responded. Reports indicated that the gunman, 36, had been a resident of The Pathway Home before being asked to leave a couple weeks ago. Officials eventually found all three hostages and the gunman dead. Here is more information about Dr. Gonzales and a life dedicated to helping veterans.

Dr. Jennifer Gonzales, whose life was tragically lost at the Yountville shooting, was a psychologist with the San Francisco Department of Veterans Affairs Healthcare System. The Pathway Home had just finalized a partnership with the San Francisco Veterans Affairs Health Care System’s Student Veteran Health Program in May 2017. Gonzales, 29, was dividing her time between working onsite at Pathway and on the Napa Valley College campus. Pathway believed that having a psychologist on-site was a key part of meeting the needs of student veterans who struggled with depression, anxiety, or PTSD.

2. Gonzales Previously Worked with Sheriff Deputies and Their Families

Beautiful smiles.
Here are the 3 hostages killed by an Army veteran in #Yountville.
Christine Loeber, Dr. Jen Golick and Jennifer Gonzales. All worked at The Pathway Home…which counsels veterans suffering from #PTSD.
The gunman was recently discharged from their program. pic.twitter.com/t32vCoJOyO

Dr. Jennifer K. Gonzales, Psy.D., was a clinical psychologist with the Student Veteran Health Program at San Francisco VA Medical Center. She received her doctorate from the PGSP-Stanford Psy.D. Consortium at Palo Alto University in 2003. After receiving her license, she joined a practice group where she worked with the Santa Clara County Sheriff Deputies, their families, and civilians. She also worked with student veterans before joining the program with The Pathway Home.

3. The Pathway Home Released the Names of the Three Hostage Victims

Law enforcement officials had not yet officially released the names of the victims, when The Pathway Home made the heartbreaking announcement. A statement released by Larry Kamer of The Pathway Home read: “It is with extreme sadness that we acknowledge the death of three members of The Pathway Home family — Christine Loeber, our Executive Director; Dr. Jen Golick, our therapist; and Dr. Jennifer Gonzales, a psychologist with the San Francisco Department of Veterans Affairs Healthcare System. These brave women were accomplished professionals who dedicated their careers to serving our nation’s veterans, working closely with those in greatest need of attention after deployments in Iraq and Afghanistan. All of us at The Pathway Home are devastated by today’s events. We stand with the families, friends, and colleagues who share in this terrible loss.”

3 victims ID'd in #yountville shooting at Pathway Home, including the program's executive director and 2 other employees. https://t.co/PmEDdRErzO pic.twitter.com/34C3SquTz3 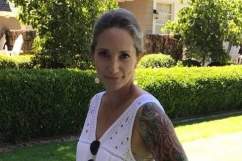