The Turpin children are said to be thriving these days, less than four months after being rescued from their parents’ “house of horrors.”

All 13 children are readjusting to normal life after they were found living in unthinkable conditions. Police arrived at the Turpin’s home in Perris, California, back in January, after the 17-year-old daughter of David and Louise Turpin was able to escape out a window and call 9-1-1 using a deactivated cell phone.

Almost all of the children, who ranged in age from 2 to 29 at the time, were malnourished. Authorities said there was evidence that the siblings had been shackled to furniture and living in filthy conditions. Many of the children were taken to nearby medical facilities for treatment.

In a March 2018 update posted by CNN, it was reported that some of the Turpin children — six are minors and seven are adults — were hospitalized for about two months. However, they have all been released from the hospital and are enjoying things like music, movies, and cooking, many of which they started experiencing while under the care of medical professionals.

The siblings ended up getting very attached to staff, so seeing them leave the medical facility was bittersweet.

“There were some tears flowing, both for the staff and the Turpin children. They said they loved us, they were going to miss us, they hoped to see us soon,” said Corona Regional Medical Center CEO Mark Uffer.

“We’re hopeful they can now learn a lot of life skills, from shopping for groceries to cooking. For all the things that have allegedly been done to them, they still have the capacity to love and trust people who have been good to them. Their spirit has not been crushed. On behalf of all of us at CRMC, we wish these brave siblings continued strength as they take the next steps in their journey,” Uffer added.

The seven adult siblings are living together at this time, but the six younger siblings have been split up, two and four, because “no home was able to accommodate all six children,” a source previously told CNN. The siblings are learning how to live normal lives and have also been receiving individual attention and education.

“Their education was nonexistent. The 17-year-old, who escaped, has a first-grade level education,” another source told the outlet. The children were previously home-schooled.

According to People Magazine, each adult sibling now has his or her own bedroom. They are experiencing freedom and privacy, and are making decisions on their own. The adult siblings have been able to communicate with their younger brothers and sisters via Skype.

“The children all talk regularly via Skype. They are all happy to be in another place,” a source told CNN.

“It is quite extraordinary [for them] to have some freedom, really for the first time, and experience life outside the type of constraints they had experienced,” Caleb Mason, an attorneys for the seven adult Turpin siblings, told People Magazine back in March.

David and Louise Turpin have pleaded “not guilty” to charges including torture, child abuse, and false imprisonment. According to the Press Enterprise, some of the Turpin children might testify against their parents.

“In my mind, and it’s a lot about what I talked about today, in any child abuse case it’s very common for a victim or witness to testify. So we do the best we can to make that as comfortable as we can for victims of crime, and our victim advocates go a long way in doing that work. But yes, it’s our intent to put them on the stand,” Riverside County District Attorney Mike Hestrin told reporters on February 16. 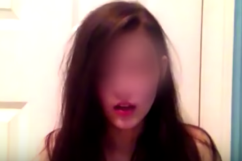 Read More
Crime, News
The Turpin children are being cared for in various homes in California after being rescued from their parents 'house of horrors.'