Two female second grade teachers in Florida have been placed on leave after they are alleged to have forced a 7-year-old girl to scrub classroom floors with a toothbrush as punishment for being disruptive in class.

Lake Alfred Elementary School teachers Helena Mays and Rebecca Schinleber-Ratter are under investigation by the school district, state agencies and law enforcement. Investigators told Heavy no criminal charges will result after interviews with children, but it’s anticipated there will be “pretty strong” disciplinary action taken by the school district against Mays and Schinleber-Ratter.

1.The Parents & Aunt Provide Details About a Second Grader Who Was Forced to Scrub Floors With a Toothbrush

The parents of a second grade student at the Lake Alfred Elementary School are calling for the firing of two teachers who had their 7-year-old scrub floors with a toothbrush as a punishment for disruptive behavior in class.

The child’s mother, Ashley Kirpech, said many other measures could have been taken if in deed her daughter was acting out, but scrubbing floors with a toothbrush was “just unacceptable,” she told local media.

Kirpech also said teachers told her to clean the entire floor, and when she was done she was told to then clean the counters. And the little girl’s family said that not only was the child forced to clean the floors, she was excluded from classroom activities, reports noted.

Her father Kenneth Gamble said his daughter, if disruptive, should have been sent to the principal’s office, not forced to clean floors for several hours with a toothbrush and a bucket.

But it was a Facebook post by the little girl’s aunt, medical student Kiara Francisco, a Polk County school’s alum, who called widespread attention to the incident.

“This past week, a 7-year old biracial student at Lake Alfred Elementary (Lake Alfred, FL) in Rebecca Schinleber-Ratter’s class was sent next door to the adjoining classroom of Helena Mays as a corrective action for misbehavior. Helena Mays instructed the student to get down on the floor and begin scrubbing the floors with a toothbrush as her punishment while the other students in the classroom continued their educational activities. As the child strenuously worked to scrub these floors, she came across a spot that would not come clean. When attempting to bring this to the attention of Mays, Mays yelled at the student to keep scrubbing until the floor was completely clean after which she would have to clean the counters. When it was time for the child to attend P.E., she did not go with her normal class. She went to P.E. with Mays’s class, and Mays instructed her to only walk back and forth for the duration of that class period. The student could attend lunch but was directed back to scrubbing when she returned from lunch. This continued for the rest of her day. During a brief bathroom break for Mays, Rebecca Schinleber-Ratter was supervising both classrooms. When Schinleber-Ratter noticed her student scrubbing, she said and did nothing!”

“When one of the parents went to the school to discuss the incident with the principal, Matt Burkett, he was in complete shock and unaware that such unprofessional behavior was being demonstrated by staff under his leadership,” the post read.

“When Helena Mays was called into the meeting with the parent and principal, she neither denied nor apologized for her actions. This type of cruel and unusual punishment is unacceptable for any student in our school district,” Kiara Francisco posted.

“Furthermore, the corrective actions of Helena Mays which were silently accepted by Rebecca Schinleber-Ratter do not follow the Disciplinary Actions & Procedures listed in the Polk County Code of Student Conduct, Sections 3.01-3.03. According to Polk County Public School System’s Philosophy of Discipline, ‘Every school staff member will strive to create a positive, safe environment that encourages and supports student success.’ This is an extension of the mission written by the Polk County Public School System. How does this verbal aggression, physical & psychological abuse, and public/peer humiliation displayed by these two teachers align with the goals and direction of our school system?! IT DOES NOT!,” Kiara wrote.

“Kiara Francisco thank you for tagging us. We have received your information and contacted district staff, and this is being investigated.”

Heavy contacted the district and was provided a statement and a record of a previous disciplinary action taken against one of the teachers.

“We are deeply concerned about the allegations regarding two teachers at Lake Alfred Elementary. We have begun a formal investigation, and both teachers have been placed on administrative leave,” the statement issued by the office of Polk County Public Schools superintendent Jacqueline Byrd read in part.

Today, I celebrated Literacy Week by reading to students at Lake Alfred Elementary School and Karen M. Siegel Academy. We had a great time! pic.twitter.com/URwpz6uzdJ

“This matter is also being investigated by law enforcement and the Department of Children and Families, with our full cooperation,” it read. “Our schools are required to follow a Code of Student Conduct; it is expected that all disciplinary measures be handled in a manner that is respectful to the student and preserves their dignity. If true, the allegations described at Lake Alfred Elementary are completely unacceptable.”

Messages were left for a Florida DCF spokesperson for comment but Lake Alfred Police Chief Art Bodenheimer confirmed his department worked with DCF on the case.

Bodenheimer said his department received the report Monday and “responded with DCF” and conducted interviews with a number of children who witnessed the incident. A report on those interviews was forwarded to the state attorney. Bodenheimer said prosecutors found the facts did not warrant criminal charges, but added he expects the teachers will be summarily punished by the school department.

“I haven’t talked with the superintendent, but I think they’ll take pretty strong opinion of this and I believe (Byrd) will take rigid disciplinary (action),” Bodenheimer said.

There are 90 elementary schools in the Polk County school district.

3. Teacher Helena Mays Has Been Disciplined Before & Warned Termination Was Possible ‘If Unacceptable Behavior Continues’

Mays has worked for Polk County Public Schools since July 2004. In August of 2012, Johna Jozwiak, then-acting principal of East Side Elementary School, issued a verbal warning and followed it up with a document that she and Mays signed that described the action that caused the reprimand as a “name-calling incident,” but noted Mays could be subject to “further disciplinary actions up to and including termination () if unacceptable behavior continues.” Mays signed it and it was placed in her personnel file. Heavy has asked for clarification on whether Mays was transferred to Lake Alfred following the incident but as of press time had not yet heard back.

Presenting the new look of Polk County Public Schools! The new logo and tagline, "Students First," are the result of a competition among graphic design students from our high schools. A team from @AHSbloodhounds produced the winning combo. Read more at https://t.co/EfsB935TXE. pic.twitter.com/BU1MWwww4b

Mays, 52, according to online records, lives in Kissimmee and is registered to vote in Polk County. Social media accounts for Mays were not immediately accessible.

4. Teacher Rebecca Schinleber-Ratter, Who Has Been With the School District for a Decade, Has No Record of Disciplinary Action, School Officials Said

According to Jason Geary, Senior Coordinator Media Relations for Polk County Public Schools Rebecca ‘Becky’ Schinleber-Ratter was hired by the district in August of 2008. Geary said that Schinleber-Ratter has no record of disciplinary action.

Schinleber-Ratter’s Facebook page is filled with images of her and her family; husband and two young children.

5.Equating the Floor Scrubbing as Akin to Modern Day Slavery, Parents & Others React. But Some See Nothing Wrong With the Punishment

Some observations and comments on social media are filled with outrage. A number of these comments were posted on news reports of the incident on Facebook.

“…Sorry modern day slavery ‘activities or duties’ will not be OK for no reason, no matter what a child has done. Unacceptable period.”

“DCF needs to be called, a lawyer needs to intervene on their behalf. Both of the teachers need they ass whoop out of courtesy. When we send our children to school, we sending them assuming they are in the care of those whole will protect them. Not causing mental,physical and spiritual anguish. This is the ish I refer to that given teachers and a school a bad name. I don’t give a darn what that child has done. No type of punishment should have occurred. Slavery was abolished long before her time. Now who will hold these characters accountable for this? Her teacher is just as guilty as the teacher that had her scrubbing the floor. I trust crime was committed against a defenseless child…she was bullied by 2 teachers,” the commenter said. “(It) would be nice if Grady nip this in the bud like he does everything else. Then this principal, was supposed to initiate an investigation immediately. DCF gets involved, she will be relieved from duty pending investigation.”

The ‘Grady’ reference is to Polk County Sheriff Grady Judd.

But not all folks were outraged. Many were supportive and said the child got what she deserved.

Shane Pritchett said “And they are fully within their rights to do so. Teach your kids respect at home and maybe you won’t have these issues in school, parents. Teachers shouldn’t have to discipline your kids for you.” 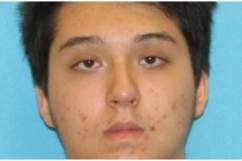 Loading more stories
wpDiscuz
0
0
Would love your thoughts, please comment.x
()
x
| Reply
Two female second grade teachers in Florida, Helena Mays and Rebecca Schinleber-Ratter, have been placed on leave after they are alleged to have forced a 7-year-old girl to scrub classroom floors with a toothbrush as punishment for being disruptive in class.