A married couple was arrested after police in Del City, Oklahoma, found an autistic child with a broken front tooth padlocked in a room that was strewn with dog feces and urine, okcfox.com reported.

34-year-old Brandy Mcgrath, and her husband, 34-year-old Kenneth Garris, were arrested May 9 after authorities responded to a domestic disturbance in the 3200 block of Neighbors Lane.

While reporting to the scene, authorities made contact with the couple, though Garris reportedly fled the scene upon their arrival but was later found and taken into custody.

Also residing at the home was Steven Hildebrant,the father of two of the children, who police say was wanted for not registering as a sex offender. He reportedly fled the scene before police arrived.

A subsequent investigation revealed three children who are thought to have also resided in the home; a 12-year old boy with autism, an 11-year-old boy, and 6-year-old girl.

1. The Autistic Boy Was Found in a Padlocked Room Surrounded by Canine Feces & Uriune

Authorities responding to a domestic disturbance found themselves in a seemingly “house of horrors,” when they came upon an autistic 12-year-old boy in the care of Garris and McGrath.

The boy was reportedly found sleeping while locked inside of a padlocked room that was covered in dog feces and urine.

In addition to the gruesome discovery, authorities said the boy was under video surveillance in the home to allegedly monitor him.

2. One Child Said She Let the Autistic Out of the Room, but ‘Put Him Up’ Fearing She Would Also be Locked Up

According to Oklahoma’s News 4, one child living in the home apparently tried helping the boy by letting him out of the locked room, but eventually she returned him to the room, fearing she too would be locked up.

Official documents say that in addition to the padlock found on the autistic boy’s room, all three children also had locks on their doors. Their windows were also allegedly screwed shut in another apparent attempt to keep them inside when they deemed it as necessary.

Though the boy’s room was connected to a bathroom, that door was not accessible as it was dead-bolted shut, according to police.

Police say McGrath admitted to locking the child in the room from 7 p.m.until 8 a.m. so that he wouldn’t be able to escape. Additionally, another child at the home allegedly told a Department of Human Services worker that the boy was indeed locked up for extended periods of time.

3. Police Say the Boy Alleged Garris Punched Him in the Mouth, Causing a Broken Tooth

In yet another disturbing detail involving the case, authorities said they observed that the autistic boy had a broken front tooth.

The boy reportedly said the broken tooth was due to Garris punching him in the mouth.

4. Hildebrant Also Resided in the Home as an Alleged Unregistered Sex Offender

Police say Hildebrant, the father of two children in the home, was wanted for being an unregistered sex offender, adding that he fled the scene before their arrival.

The man is also wanted for changing his address without notifying officials, as well as being a sex offender residing within 2000 feet of a school, according to authorities. 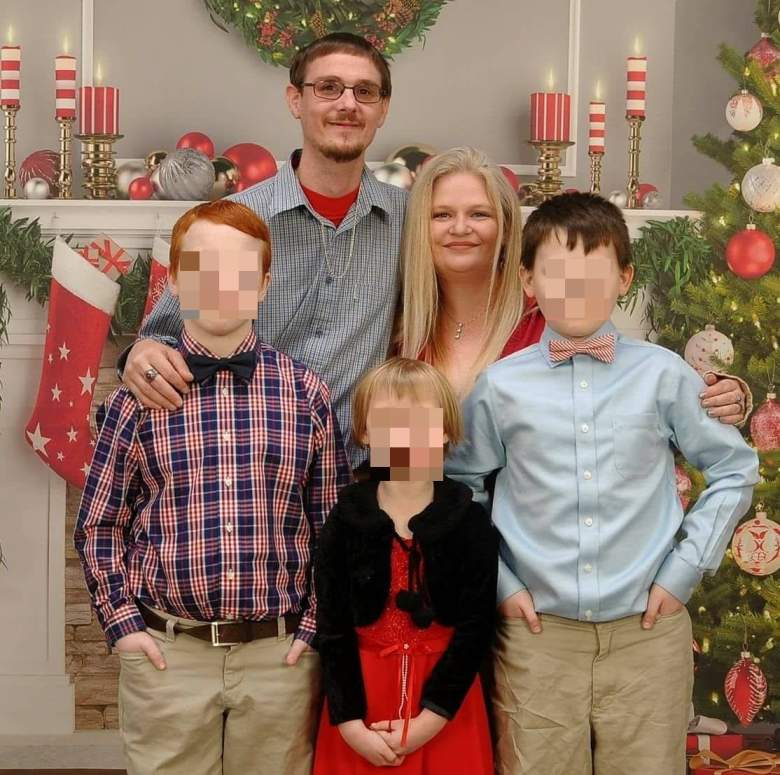 However, recent Facebook posts by Garris appear to reveal tension in his life.

“Don’t know people can’t just let me live my life and be happy instead of always trying to tear me down,” Garris wrote May 8, the day before his arrest. “I have made my mind up that I’m not going to deal with it and if your one of those people i am going to cut you out of my life permanently and if you don’t like it you can go screw yourself.”

While authorities investigated the scene of the alleged abuse, they discovered 60 grams of marijuana.

Garris faces charges including child abuse, child neglect, domestic assault and battery in the presence of a minor, and possession of marijuana, Fox 25 reported.

Loading more stories
wpDiscuz
0
0
Would love your thoughts, please comment.x
()
x
| Reply
An autistic boy was found in squalor conditions in Del City, Oklahoma. Authorities say the boy was padlocked inside a room full of animal feces and urine for hours at a time.