Scott Pruitt makes headlines almost daily of late where he’s accused of corruption, abuse of his position, extravagant and wasteful spending, the dismantling of the EPA and myriad other allegations from spending thousands on customized silver pens, over-the-top travel and even dispatched a now former aide Millan Hupp to track down a used Trump International hotel mattress for purchase.

His daughter McKenna is now too inside the imbroglio. From landing a top-level White House internship to bunking in a energy company lobbyists’ condo, even as her embattled father denied it, McKenna Pruitt also may have benefited from her father’s extensive influence for entry into one of the top 10 best law schools in America.

Here’s what you need to know about McKenna Pruitt:

1. McKenna Graduated From the University of Oklahoma, was a Sorority Member, Cheerleader & ‘Young Republican’

According to her Facebook page, McKenna Pruitt attended and graduated from Cascia Hall Preparatory School in 2013. A private Catholic preparatory school that costs around $15,000 a year plus fees.

A beautiful picture of our beautiful campus in the fall foliage taken via helicopter by our senior yearbook editor! pic.twitter.com/I2d7E7ri3z

According to her LinkedIn page, McKenna studied political science and lists her tenure at OU as ending in 2017. She was a member of Kappa Alpha Theta, and a university Young Republicans Club member.

James Mountain Inhofe has been the Republican senator from Oklahoma since 1994. Like his former intern’s father, Inhofe is not a fan of environmental protection and regulation and indeed, in his book ‘The Greatest Hoax: How the Global Warming Conspiracy Threatens Your Future,’ he says, “…the entire global warming, climate-change issue, which is an effort to dramatically and hugely increase regulation of each of our lives and business, and to raise our cost of living and taxes,” and reveals how the ‘hoax’ is being perpetrated and why “the premise statements are blatantly and categorically false.”

In a new development, on Friday June 15, however, even Inhofe, a long time Pruitt friend and confidante, suggested Pruitt may have to go.

“I think something needs to happen to change that, and one of those alternatives is for him to leave that job,” Inhofe told conservative political commentator Laura Ingraham Wednesday on her syndicated radio show, Bloomberg reported.

3. She Interned for the President of ‘Freedom House,’ the Human Rights Non-Profit Established in 1941 That “Opposes Tyranny’

In a departure from the conservative Republican Club and work for Inhofe, according to her LinkedIn page, McKenna spent months as the ‘board relations and president’s office intern” at the agency where Eleanor Roosevelt served.

The Freedom House opposes “tyranny around the world, including dictatorships in Latin America, apartheid in South Africa, Soviet domination of Central and Eastern Europe, and religiously-based totalitarian regimes such as those governing Sudan, Iran and Saudi Arabia,” its description reads.

“Freedom House has promoted the growth of freedom by encouraging U.S. policymakers, international institutions, and the governments of established democracies to adopt policies that advance human rights and democracy around the world,” it says.

The group is a “vigorous proponent of democratic values and a steadfast opponent of dictatorships of the far left and the far right.”

In what reports say is another indication that her father has interceded on her behalf was her top level internship role in the Trump administration.

The Trump administration was widely criticized for its lack of diversity since the vast majority, if not all, of the interns are white. The qualifications for the ”highly competitive” post include an “essential” commitment to Trump policies.

5. McKenna is a UVA Law School Student Perhaps Thanks to Her Father’s Intervention

McKenna Pruitt is a University of Virginia Law School student

The Hill reported as EPA chief, Pruitt had met with former Speaker of the Virginia House of Delegates William Howell to ask for a letter of recommendation for McKenna, who had applied to UVA Law. The Hill reported Howell was on Pruitt’s public EPA calendar and wrote the letter.

On Friday June 15, in an impromptu presser, Trump was asked about Pruitt and his predilection toward nepotism, cronyism, and alleged corruption and abuse of power spending EPA funds. Trump said, “I’m not happy about certain things, but he’s done a fantastic job running the EPA,” New York magazine reported. 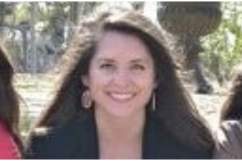 Loading more stories
wpDiscuz
0
0
Would love your thoughts, please comment.x
()
x
| Reply
McKenna Pruitt, daughter of EPA chief Scott Pruitt, has reportedly benefited from her father's intervention, from getting her into UVA law school and the White House.