When New York State Attorney General Barbara Underwood recently sued the Donald J. Trump Foundation and four Trump family members who serve on its board of directors, she alleged the foundation was “little more than a checkbook for payments” that personally benefited the Trump family rather than supporting good causes.

Along with the headaches it’s causing the first family, the lawsuit is raising questions about charitable norms. For example, some people may wonder whether the alleged misdeeds really stray so far from what other family foundations typically do.

That’s why putting these allegations in context is important. As a scholar of legal ethics who studies how organizations make decisions, I know that perceptions matter. When the public believes that corruption is rife, people become more likely to break the rules for their own benefit.

To be sure, the New York attorney general’s allegations against the Trump Foundation are only that.

First, most family foundations get all or most of the money they give away from their own fortunes. Since these charities are set up so the wealthy can help others, their benefactors do not typically seek or obtain donations from outsiders.

Until 2008, the Trump Foundation was fairly normal in this regard; it was primarily funded with the Trump family’s own money. In the last decade, however, it relied solely on donations from outside sources, a highly unusual practice that former New York State Attorney General Eric Schneiderman ordered the foundation to stop nearly two years ago.

A second departure from the norm is the Trump Foundation’s decision-making process.

By law, foundation boards must oversee spending. Trustees have fundamental fiduciary duties – that is, they must ensure that spending serves the public good rather than enriching themselves. To obey the law, even donors cannot insist on the granting of any particular payment.

Requiring the board as a whole to approve spending decisions prevents any one person from using foundation money as their personal slush fund. Underwood’s complaint alleges that the Trump Foundation board members improperly “ceded control” of this authority. Indeed, Donald Trump allegedly ordered that outlays be made without conferring with other members of the foundation’s board.

“Ceding” might be an understatement. Allen Weisselberg, the Trump Organization’s chief financial officer, was listed as the Trump Foundation’s treasurer. When New York authorities asked if he had realized he was on the board for at least 10 years, he replied, “I did not.”

Also, according to Attorney General Underwood, Trump campaign manager Corey Lewandowski – who did not work for the foundation or even belong to its board – decided how some of the foundation’s money would be spent.

A recipe for self-dealing

If the New York lawsuit’s allegations are correct, these departures from standard practice may have paved the way for the foundation to violate not just protocol but laws.

There are exceptions to the general rule that private foundations may not directly spend money in ways that benefit their donors, board members or staff, or anyone related to these people. For example, a foundation may pay the donors’ relatives what the IRS calls “reasonable compensation” for certain legal, clerical and other services. Of course, defining reasonable compensation is tricky.

But, in my opinion, the acts of wrongdoing the Trumps stand accused of go far beyond one or two mistaken payments. The alleged acts are illegal and, I believe, may result in fines or even criminal liability if proven.

In addition, the lawsuit alleges that the foundation illegally lent its name and used funds it raised from the public to back Donald Trump’s presidential bid.

According to the lawsuit, decisions to make these payments were made without official review or approval by the board of directors as a whole.

How prevalent is this?

Is it possible that other private foundations double as a personal checkbook for families with fortunes? Some probably do.

There are around 112,000 private foundations in the U.S., according to a recent Wall Street Journal investigation that explored the frequency of similar self-dealing problems and found a few. Both federal and state authorities are empowered to audit these foundations to ensure compliance with the tax laws. But enforcement gets limited funding, meaning that fewer than 1 percent of all nonprofit tax filings get audited each year.

Making official scrutiny rare means some wrongdoing probably slips through the cracks. But evidence suggests that wrongdoers are the exception, not the rule.
Far fewer than 1 percent of foundation tax returns reveal any obvious evidence of self-dealing.

In short, most small foundations seem to obey rules against leveraging charitable assets for personal gain, behavior known as self-dealing, and having conflicts of interest.

It’s possible that stepping up government oversight would catch a few more wrongdoers. But audits are expensive, both for the government that spends tax dollars on enforcement, and for the charity that must satisfy the government’s paperwork requests. Given the high levels of compliance that likely already exist, such efforts probably wouldn’t recover their costs with revenue from fines.

Should the public come to believe that foundations regularly give their money away in a self-serving way, I fear this false impression could become more accurate. Research has shown that seeing others cheat makes people more likely to do it too.

This dynamic also occurs in bigger groups. In societies where corruption is believed to be commonplace, individuals are more likely to indulge in self-serving dishonesty, a study that compared and contrasted attitudes and behavior in Georgia, Tanzania, Guatemala and 20 other countries found.

Right now, I believe that most of the tens of thousands of Americans in families with their own private foundations take their responsibility seriously and spend or reserve the assets held in those charitable vehicles for their intended purpose.

But if the Trump Foundation lawsuit leads the public to believe otherwise, then there’s a risk that more people responsible for philanthropic funds will indulge in self-dealing and corruption.

One way to stave off that problem would be to ramp up charitable oversight and enforcement, which are chronically underfunded. Doing so, however, would cost taxpayers a lot of money.

Should the Trump Foundation scandal erode the public’s trust in philanthropy, that might be the biggest toll it takes. If so, that would make this case as dangerous as it is unusual. 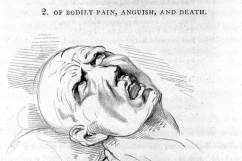 Opiate Addiction & the History of Pain & Race in the US

Loading more stories
wpDiscuz
0
0
Would love your thoughts, please comment.x
()
x
| Reply
There is a risk that the Trump Foundation's alleged disregard for its duty to serve others rather than one family's personal interests could become more commonplace.