A teenager is in custody and accused of fleeing from the scene where Antwon Rose was shot dead. CBS Pittsburgh reported that Zaijuan Hester, 17, was arrested on June 25 on an unrelated charge. The station says that Hester will be charged in relation to the drive-by shooting that preceded Antwon Rose being shot dead by police officer Michael Rosfeld.

Hester was arrested a on probation violation after he allegedly removed an ankle monitoring bracelet. He was taken into custody alongside a 19-year-old woman who was taken into custody on a retail theft charge. CBS Pittsburgh notes in their report that there is no evidence yet that Hester will be charged with perpetrating the drive-by shooting involving Rose.

The arrest came on the same night that Rose was laid to rest by his family. Speaking to WPXI, Rose’s family lawyer, Lee Merritt, said, “This officer is going to have a lot to answer for. He really had no business being on the force… Mr. Rosfeld had a long history of brutality particularly directed at young African-American males.”

Meanwhile, as news of Hester’s arrest emerged, the Pittsburgh Post-Gazette reported that “nearly 100” people marched in downtown Pittsburgh to protest Rose’s shooting. The newspaper’s report says that the crowd could be heard chanting, “Antwon Rose was a freedom fighter and he taught us how to fight. We gonna fight all day and night until we get it right.” The Post-Gazette report says that activist Nicky Jo Dawson told the gathered crowd at one point, “We want an indictment… We want justice for the first time.” The investigation into Rose’s shooting is being handled by Allegheny County District Attorney Stephen A. Zappala Jr. 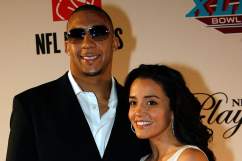 Loading more stories
wpDiscuz
0
0
Would love your thoughts, please comment.x
()
x
| Reply
A teenager is in custody and accused of fleeing from the scene where Antwon Rose was shot dead.