Adam Bloom has been identified as the man in a viral video circulating online. Bloom was filmed speaking with a woman named Jasmine Edwards at a community pool in Winston Salem, North Carolina. As you can see in the video above, the police were called to the scene. Edwards told officers that Bloom asked her for her address, and then he demanded to see proof of identification — to make sure that she lived at the property.

Bloom, who has since been dubbed “Pool Patrol Paul” by the internet, has been accused of racial profiling.

Edwards wasn’t required to show any form of ID to get into the pool area, and used her keycard to get in, according to the Daily Mail. However, Bloom called the police because he was concerned that Edwards didn’t live in the community and was using the pool against the community’s guidelines.

“Where does it say that I have to show an ID to use my own pool?” Edwards can be heard asking in the video. “I am just here with my baby swimming,” she continued, adding that she was the “only black person” at the pool that day.

Edwards posted the video above on Facebook, where it quickly went viral. It was been viewed more than 4.7 million times since it was posted on July 4.

“This is a classic case of racial profiling in my half a million $$ neighborhood pool. This happened to me and my baby today. What a shame,” Edwards captioned the video.

A few people have also commented on the video. You can read a couple of those comments below.

“So Sad you had to go [through] that at your own pool with your child. This guy Adam has to [be] a miserable person in this life to come for you,” wrote one Facebook user.

“Omg, you are kidding me! Wow! Calling all prayer warriors, this world needs change, it needs a love pandemic. Lord we need you,” wrote another.

Edwards has not posted on Facebook since she published the video. She has, however, responded to one of the comments.

“We really need more Love in this country,” she wrote.

Bloom has since been fired from his job at Sonoco. He worked as a Value Realization Leader and Business Development Manager. He also resigned from his property’s Home Owner’s Association board.

“We are aware of a terrible incident involving the actions of one our employees outside of the workplace. The well-documented incident, which involves activities at a neighborhood pool over the 4th of July, does not reflect the core values of our Company and the employee is no longer employed by the Company in any respect,” Sonoco said in a statement.

You can read the statement from the HOA below.

We sincerely regret that an incident occurred yesterday at our community pool that left neighbors feeling racially profiled. In confronting and calling the police on one of our neighbors, the pool chair escalated a situation in a way that does not reflect the inclusive values Glenridge seeks to uphold as a community.

Our HOA Board has accepted his resignation as pool chair and a board member, effective immediately.

We also have re-instituted a sign-in sheet at the pool to make sure no resident feels singled out again.

And, in the coming days, we will take additional steps to ensure consistent and equitable application of our pool policies and procedures.

We apologize to our neighbors who were directly hurt by these actions, and we hope that everyone in Glenridge will join us in redoubling our efforts to care for and support all of our neighbors during this difficult time,’ they said in a statement. 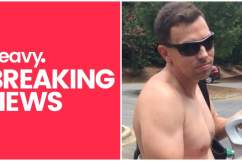 Read More
North Carolina, Racism
Adam Bloom has been accused of racial profiling after requesting an ID from a woman named Jasmine Edwards at a community pool in North Carolina. You can see the video here.