Getty Elon Musk accused a British diver who helped save the Thai soccer team of being a pedophile in a Twitter rant.

Elon Musk has sparked outrage on social media after he accused a British cave diver who helped lead the rescue of 12 Thai soccer players and their coach of being a pedophile in an angry tweet. During a Twitter rant on Sunday, Musk called Vernon Unsworth “pedo guy.” There is no evidence that Unsworth, a 63-year-old ex-pat with extensive knowledge of the cave system where the boys and their coach were trapped, is a pedophile. He has not commented about Musk’s tweet.

A day earlier Unsworth had criticized the billionaire Tesla and SpaceX founder for his “child-sized submarine idea,” calling it a “PR stunt” in an interview with CNN.

When called out about his accusation, Musk doubled down, tweeting, “Bet ya a signed dollar it’s true.”

According to CNN, Unsworth, who lives in Chiang Rai, played a critical role in the rescue, because of his knowledge of the Tham Luang cave system.

“I was actually scheduled to go into the cave on June 24 anyway,” Unsworth told CNN. “I got all my gear ready, and I was going in to do a solo trip just to see what the water levels were like. And I got called out at 2 o’clock Sunday morning, and I was there for the whole 17 days.”

Unsworth Said Musk Could ‘Stick His Submarine Where It Hurts’

Unsworth called the caves his “second home,” as he has spent the past six years exploring them. He also had experience in cave rescues in Britain. During his interview, Unsworth criticized Musk’s plan to build a child-sized submarine to help rescue the boys. Musk’s plan, which was not utilized, called for a “mini sub” built with rocket parts that could be carried by two divers. Unsworth told CNN that Musk, “can stick his submarine where it hurts.”

Cave rescuer on Musk: “It was a PR stunt. It had no chance of working.” pic.twitter.com/uPgRMQLkRx

He added, “It just had absolutely no chance of working. He had no conception of what the cave passage was like. The submarine, I believe, was about five-foot-six long, rigid, so it wouldn’t have gone round corners or round any obstacles.”

Musk went to Thailand and was inside the cave at one point. Unsworth told CNN, “And was asked to leave very quickly. And so he should have been.”

Musk was mocked for his efforts on Twitter, and defended himself, “We were asked to create a backup option & worked hard to do so. Checked with dive team many times to confirm it was worthwhile. Now it’s there for anyone who needs it in future. Something’s messed up if this is not a good thing.”

On Sunday, Musk unleashed a series of tweets attacking Unsworth and his critics in response to a New York Times op-ed by Zeynep Tufekci.

“Never saw this British expat guy who lives in Thailand (sus) at any point when we were in the caves. Only people in sight were the Thai navy/army guys, who were great. Thai navy seals escorted us in — total opposite of wanting us to leave,” Musk tweeted, in reference to Unsworth.

Just returned from Cave 3. Mini-sub is ready if needed. It is made of rocket parts & named Wild Boar after kids’ soccer team. Leaving here in case it may be useful in the future. Thailand is so beautiful. pic.twitter.com/EHNh8ydaTT

He added, “Water level was actually very low & still (not flowing) — you could literally have swum to Cave 5 with no gear, which is obv how the kids got in. If not true, then I challenge this dude to show final rescue video. Huge credit to pump & generator team. Unsung heroes here.”

Musk then concluded with the pedophile accusation, tweeting, “You know what, don’t bother showing the video. We will make one of the mini-sub/pod going all the way to Cave 5 no problemo. Sorry pedo guy, you really did ask for it.”

Musk also replied to a tweet calling his submarine idea “absurd,” by writing, “Stay tuned jackass …” Musk appears to be planning to test out the submarine to prove his plan would work, even though the team was rescued without his help.

“We were external expert-sourcing the design with experienced cave experts on the Internet. We showed progress videos to iterate with the local dive team.
And … we certainly didn’t lie. Proof will be in the pudding shortly, when we take mini-sub all the way in & out of Cave 5,” he tweeted on Sunday.

The “pedo guy” tweet comes as Musk battles another controversy. Mediate reported on Saturday that Musk donated $33,000 to “Protect the House, a PAC working to keep Republican control of Congress.

“Reports that I am a top donor to GOP are categorically false. I am not a top donor to any political party,” Musk tweeted in response to that report. ” To be clear, I am not a conservative. Am registered independent & politically moderate. Doesn’t mean I’m moderate about all issues. Humanitarian issues are extremely important to me & I don’t understand why they are not important to everyone. … That said, I do not actually see the checks (changed that policy today). A nominal annual amount goes out automatically to both parties to maintain dialogue. I have given vastly more to humanitarian causes.”

Just last week Musk told Bloomberg Business Week he was going to try to stop attacking his critics on Twitter after a series of outbursts and feuds that made headlines.

“I have made the mistaken assumption—and I will attempt to be better at this—of thinking that because somebody is on Twitter and is attacking me that it is open season. That is my mistake. I will correct it,” Musk told Bloomberg.

Musk told Bloomberg, “…I would like to make the point that I never launched an attack on anyone who did not attack me first. So the question is: If somebody attacks you on Twitter, should you say nothing? Probably the answer in some cases is yes, I should say nothing. In fact, most of the time I do say nothing. I should probably say nothing more often.” 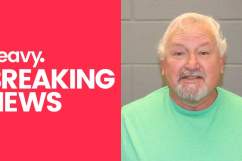