Papa John’s founder and former chairman John Schnatter has filed a lawsuit against his own company for access to internal records. The lawsuit accuses the Papa John’s board of effectively forcing Schnatter out of the company. The complaint was filed Thursday in Delaware Chancery Court.

According to the lawsuit, the pizza giant failed to share internal documents with its founder. Schnatter and his team had requested to see documents that detailed accusations of inappropriate behavior. His attorney said in a statement, “Mr. Schnatter’s attorneys are seeking to inspect Company documents because of the unexplained and heavy-handed way in which the Company has treated him since the publication of a story that falsely accused him of using a racial slur.”

The controversy his attorney is referring to dates back to a conference call in May. Schnatter was participating in a training session about how to avoid public relations scandals. During the call, Schnatter was asked about how he could create distance between himself and racist groups online. His response was: “Colonel Sanders called blacks n—–s,” referring to fast food chain KFC. He complained that Sanders never faced backlash.

A source told Forbes that Schnatter also discussed his background growing up in Indiana. He said that he remembers people in his community killing black people by dragging them from their trucks. The source said that Schnatter apparently intended to demonstrate that he despises racism, but that multiple people involved on the conference call found his remarks offensive.

Earlier this month, Schnatter admitted to making those comments and resigned his post as chairman of Papa John’s.

The new twist is that Schnatter’s team now says he was falsely accused of using a racial slur. Attorney Patricia Glaser, who also represents Harvey Weinstein, told Forbes, “The truth, and John’s consistent point, has been that John quoted the word and did not use the word. There is a world of difference between using the word as a slur – demeaning someone by calling them that word – and quoting that word.”

Papa John’s CEO Steve Ritchie penned an open letter to the company and customers soon after Schnatter’s resignation. He stressed that the company was about much more than just one person.

“Papa John’s is not an individual. Papa John’s is a pizza company with 120,000 corporate and franchise team members around the world. Our employees represent all walks of life, and we are committed to fostering an inclusive and equitable workplace for all. Racism and any insensitive language, no matter what the context simply cannot – and will not – be tolerated at any level of our company.

The Board of Directors of Papa John’s accepted Mr. Schnatter’s resignation as Chairman of the Board earlier this week. It has also been decided he will no longer be in any of the advertising or marketing materials associated with the brand.

This decision is the first of several key steps to rebuild trust from the inside-out. We will be engaging a broad set of stakeholders to chart a course forward that demonstrates our commitment to diversity, equity and inclusion.” 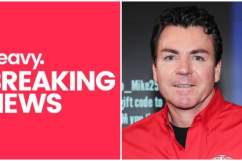 John Schnatter Net Worth: 5 Fast Facts You Need to Know