Latasha McCleskey is the woman who was captured on cellphone video hitting a teenage girl repeatedly with a baseball bat. The violent incident happened in Dayton, Ohio. McCleskey says she was just stepping up to defend her own child.

1. Latasha McCleskey Told Police That The Teenager Had Been Bullying Her Daughter

#ICYMI: Mother, who struck 13-year-old with baseball bat in Dayton, tells her side https://t.co/Xoj5XLDYFH pic.twitter.com/yzT0Ghhhqe

The teenage girl who Latasha McCleskey was hitting in the video has been identified as Keila Harvey. She was reportedly walking to her home from the park, and got into a fight with McCleskey’s daughter, who is also 13 and lives nearby. It is not clear what prompted the argument.

McCleskey told Dayton TV station WHIO that Harvey had a habit of bullying her and her daughter. She claims that she asked Harvey for several days to leave her family alone.

The situation escalated when McCleskey says Harvey reached for her daughter. That’s when she went for the baseball bat. A neighbor began recording when McCleskey started swinging.

2. Latasha McCleskey Was Arrested and Booked Into the Montgomery County Jail, But No Charges Have Been Filed

According to WHIO-TV, a neighbor called 911 after the fight between McCleskey and Harvey began. The caller told police that the young teen “was coming back home from the park and I guess a lady and her daughter jumped on her around the corner and hit her in the head with a metal bat and stuff.”

3. The Mother of the Teen Struck with the Bat is Demanding That McCleskey Face Charges

Bonnie Knight is the mother of Keila Harvey. She became aware of the incident after seeing the video on Facebook. Knight lives in Cincinnati, while her daughter lives in a group home in Dayton.

Knight said in an interview that it does not matter what prompted the fight. ““I was lost for words for an adult to even strike a child like that with a baseball bat. And then to see her size compared to my child, it was just outrageous… I will not stop until she is in jail.”

Knight says she has reached out to the mayors of Dayton and Cincinnati about the case. She is urging prosecutors to file charges and has hired an attorney.

4. Bonnie Knight Says Her Daughter Was The One Being Bullied

Latasha McCleskey says that Keila Harvey had been bullying her daughter. But Harvey and her mother have a different take on the situation.

Harvey reportedly told her mother, Bonnie Knight, that another girl in the neighborhood had been picking on her. Harvey lives in a group home in the area. Knight, who lives in Cincinnati with the rest of the family, says she urged her daughter to stay away from violence. “You don’t put your hands on nobody.”

However, Harvey and McCleskey’s daughter reportedly did get into a fight. And it was then that Latasha McCleskey became involved and used the baseball bat.

Latasha McCleskey was taken into custody the day of the incident with the baseball bat. She was released and not formally charged. The case is still under investigation, so it’s possible she could still face charges.

Felonious assault is a second-degree felony in Ohio. Under the law, it is described as “Causing serious harm to someone or an unborn child, or causing or attempt to cause harm through the use of a deadly weapon.”

If convicted, the punishment for felonious assault is two to eight years behind bars, with a fine up to $15,000. 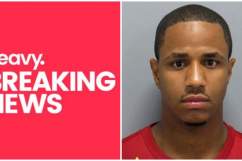 Read More
5 Fast Facts, Breaking News
Latasha McCleskey has not been charged after she was recorded hitting a teenage girl with a baseball bat.