GoFundMe The Trinidad family. The sole surviving member of the family is mom Mary Rose following a crash Friday..

A father and his four daughters were killed in a car crash in Delaware Friday. His wife, the girls’ mother, is the sole survivor and is hospitalized in serious condition. Her brother said she is “fighting for her life.”

State police said to lose four children in a crash is “unheard of.”

Audie Trinidad, 61, and his four daughters, Kaitlyn, 20, Danna, 17, and 13-year-old twins Melissa and Allison were all killed. Fifty-three-year-old Mary Rose Trinidad lived. Family, friends, neighbors, strangers, classmates, and officials shared their shock and their grief over the loss of the New Jersey family.

Tammy and I are devastated by the tragic car crash that killed five members of the Trinidad family. New Jersey mourns with their loved ones and the Teaneck community during this difficult time.https://t.co/EdMXJgQuYe

1. Traveling Home to Teaneck, New Jersey, the Family’s Minivan Struck a Car Involved in Another Crash. None of the Girls Were Wearing Seat Belts

Rest In Peace: Teaneck, New Jersey, resident Audie Trinidad and his daughters Kaitlyn, 20, Danna, 17, and Melissa and Allison, both 13, were all killed when a wrong-way driver struck their minivan on a Delaware road Friday. The girls' mother was the only survivor ? pic.twitter.com/0oacjTseXH

The Trinidad family, from Teaneck, New Jersey, were driving through Townsend, Delaware after vacationing in Maryland when, police told local media, a 2007 Ford F-350 pickup truck traveling south crossed the median and struck a northbound vehicle which caused the car to spin out. As that car settled on the median, the pickup truck was still moving southbound in the northbound lane and was struck by the Toyota Sienna minivan Trinidad was driving. He and his wife were wearing seat belts; authorities told local media that the girls in the back seat of the family vehicle were not belted.

Images of the vehicle show the roof cut away by first responders. All the girls died as did their father. The other drivers in the two other vehicles involved either sustained non-life threatening injuries and were treated and released or were uninjured. The crash is under investigation.

Sunday authorities named the wrong-way pick-up truck driver as Alvin S. Hubbard Jr., 44, of New Market, Maryland. He was treated and released after sustaining minor injuries. As the accident is still under investigation, it’s not clear what if any charges will be filed against Hubbard.

“It’s certainly heartbreaking, as you can imagine. Those of us who have family and children – I feel so badly for this family. I can’t imagine what they’re going through, to lose four children in a crash. It’s just something that’s unheard of,” said Delaware State Police Public Information Officer Master Cpl. Melissa Jaffe. 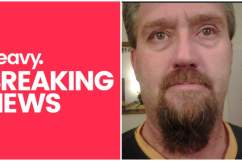 2. Audie Trinidad Was a Postal Worker & His Wife Mary Rose, the Sole Survivor, is a Nurse

According to reports, Audie Trinidad worked for the United States Postal Service in the Bronx. His daughter Allison had a picture of him on her Facebook page from 2011.

Mary Rose, who goes by Mary Rose Ballocanag on Facebook, is a nurse at Beth Israel Medical Center in Manhattan. Her social media page is sparse and just includes photos of her daughters and a minimal number of other posts.

In 2016, she shared a photo of her daughter’s with a man she identified as her father, the girls’ grandfather. “Missing Papa on Father’s Day,” she wrote.

The Trinidad girls from a 2013 photograph on their mother’s Facebook page.

A candle light vigil was held Saturday night in Teaneck. Reaction to the tragedy was one of shock, anguish and grief.

I join the Teaneck community in mourning in the wake of a tragic accident that claimed the lives of Teaneck father Audie Trinidad and his four daughters—Kaitlyn, Dana, Melissa, and Allison. https://t.co/w4EDCmEMtK

“The memorial last night for the Trinidad Family was absolutely …heartbreaking. There was so much pain, confusion, and endless amount of tears. I pray everyone heals in their own time and does not lose hope. Stay strong. God bless. Rest In Peace.”

The memorial last night for the Trinidad Family was absolutely …heartbreaking. There was so much pain, confusion, and endless amount of tears.

I pray everyone heals in their own time and does not lose hope. Stay strong. God bless. Rest In Peace. pic.twitter.com/xMwRygjvmm

Mary Rose’s brother Joel Paul Mogol Ballocanag said Saturday his sister was “fighting for her life” and asked for prayers to be lifted.

On Sunday, Ballocanag posted an update and thanked the many thousands of people who have offered prayers and support.

Audie Trinidad’s brother Daniel Trinidad told the New York Post that his sister-in-law, ” …knows they are all gone, but she is under heavy sedation, so it’s not sinking in yet.

Through tears he told a reporter, “I am not sure she’ll be able to even stay at this house without her husband and kids. I don’t know how she or us will get through this. Why take them all? Why?”

3. Kaitlyn Trinidad, 20, Was a Nursing Student at College of Mount Saint Vincent in the Bronx

According to her Facebook and Instagram social media pages, Kaitlyn was attending nursing school in New York City and was set to graduate in 2020. Her college roommate cried during a news broadcast saying she could not fathom she’d never see Kaitlyn again.

From images she posted she was also involved in theater and dance. She was a New York Giants fan, liked the ‘Twilight’ series back when it was popular and was a Drake fan. Her Instagram page is set to private, but she had nearly 1000 followers, said she’d be graduating in 2020 and featured the flag of the Philippines in her profile.

The Student Government Association of College of Mount Saint Vincent, the school Kaitlyn was attending in the Bronx, tweeted out its condolences.

Our thoughts and Prayers to the Trinidad. pic.twitter.com/GpK9irrbAk

From a 2014 Facebook photograph, Danna Trinidad and her twin sisters Melissa and Allison are all smiles as a family celebration. Their older sister Kaitlyn shared dozens of pictures of her as a child and her with her siblings on her social media including many with her sister Danna as a baby.

Danna, also a New York Giants fan, read all the ‘Diary of a Wimpy Kid’ books when she was younger. And in what is now going to be most heartbreaking for Mary Rose, Danna posted a 6-minute long video of fireworks in Canada in around 2011 and her parents and other sibs can be heard talking.

Melissa Trinidad’s Facebook cover photo is a quote, one that is now heart-wrenching: “Dear God, Thank you for this beautiful life and forgive me if I don’t love it enough.” Twin sister Allison also has a Facebook page and it too is filled with what one might expect: posts about going to the movies with friends and trips to amusement parks. And pictures with her sister.

Students at Teaneck High School created t-shirts, and brought candles and purple balloons to the vigil held for the family. Hundreds and hundreds of people turned out with candles and tears for the loss of the four girls and their father.

Students at @TeaneckHigh have made shirts to remember classmates killed in car crash on family vacation. They are lighting candles and bringing purple balloons in their honor. Hundreds are expected tonight for vigil for Trinidad family @CBSNewYork #Teaneck #NJ pic.twitter.com/PmpkxwRlGP

Packed vigil for the Trinidad family at Votee Park in #Teaneck #NJ – the sounds of crying and speeches as the community grieves the loss of these four beautiful sisters ages 13-20, and their father, together @CBSNewYork pic.twitter.com/2ZHUZpQlCb

With lots of likes, loves and tears, the post by the Filipino American Society of Teaneck has asked for prayers for the extended family and for Mary Rose.

“The Lord took too many angels from us,” the FAST post reads.

5. A GoFundMe Has Been Set Up For Funeral Costs & to Help Mary Rose

Audie Trinidad and his four daughters were killed in a car crash. His wife and their mother Mary Rose was the sole survivor.

In a GoFundMe set up by Linda Douglas for Teaneck Familes and Friends, Douglas wrote that while it’s not clear what amount of support will be needed and the goal amount set at $10,000 has been exceeded more than 14 times over, “any assistance of any kind is greatly appreciated at this difficult time.”

“We have been in touch with a designated family member (Audie’s eldest brother and his wife) and they are in support of our continued efforts! We will be sure to post updates as they are received. Please continue to keep Mary Rose uplifted in prayer and all of their friends and family as well. So amazed by the number of responses and level of support from all of the amazing families, friends, strangers, and organizations.”

“As an update we have increased our initial goal amount. As shared in our previous messaging when setting our initial goal we were uncertain of the level of support Mary Rose would need. While there is no simple way to determine the true cost of this tragic and horrific event; it is our intention to remain transparent and provide appropriate updates that will allow each donor to know that their donation is meaningful, appreciated, and used for its intended purpose.

At this time the immediate focus is on supporting the family in transferring their remains from Delaware, and funeral arrangements for each of the five deceased family members which have not yet been finalized, and supporting any medical or transportation expenses as a result of Mary Rose being hospitalized outside of her home state.”

Read More
5 Fast Facts, Breaking News
A New Jersey father, 61, and his four daughters ages 14 to 20 were killed in a car crash in Delaware Friday. His wife, the girls' mother, is the sole survivor.