Adult film star Stephanie Clifford, better known by her stage name Stormy Daniels, was arrested during a performance at Sirens Gentlemen’s Club in Columbus, Ohio. She was accused of fondling at least two undercover officers and charged with three misdemeanor counts. But as of Thursday afternoon, the charges have been dropped, according to her attorney.

I am pleased to report that the charges against my client @stormydaniels have been dismissed in their entirety (below motion was just granted). I want to thank Joe Gibson & his colleagues at the prosecutors ofc for their professionalism starting with our first call early this am. pic.twitter.com/xHPSWsyqM2

Columbus police say the arrest was part of a long-term investigation into allegations of human trafficking and prostitution at adult entertainment clubs throughout Columbus. You can read more about the arrest details here. The owner of Sirens has not yet commented on the incident.

Sirens has been actively promoting Daniels’ appearance on their website and facebook page for more than a month. This was reportedly her very first time performing in the Ohio capital.

Daniels was reportedly scheduled to perform on both July 11th and 12th. Following her arrest, lawyer Michael Avenatti tweeted a statement from her. It reads, “As a result of what happened last night, I will unfortunately be unable to go forward with tonight’s scheduled performance. I deeply apologize to my fans in Columbus.”

Official Statement From @StormyDaniels: As a result of what happened last night, I will unfortunately be unable to go forward with tonight's scheduled performance. I deeply apologize to my fans in Columbus.

Sirens opened for business in 2001 in northeast Columbus. The site had previously been used as a restaurant.

According to a 2007 article by the Columbus Dispatch, neighbors complained after the club added bright signage to the building’s exterior; the club’s consultant told the publication that the lighting and signage had cost $150,000.

A nearby business owner said he was not pleased that young children could easily see the new display. And community leaders argued the bright lights could be dangerous and distracting for passing drivers.

The city issued a citation to Sirens over the concerns about the bright lights impacting traffic. Sirens redirected the lights and promised to not display any provocative images. The club has not had any local negative publicity since that incident.

3. Sirens Showed up as a Location in the Popular Pokemon Go Game

So this pokestop is a statue outside of a strip club #PokemonGO #pokemon #sirenscolumbus pic.twitter.com/BzcQYdKzbl

Sirens Gentlemen’s Club is not a destination for children. But in 2016, many minors might have been asking their parents to drive by the building, when it showed up on their phones.

In 2016, a Pokemon Go player shared online that the game was directing him to a statue that was placed outside the Sirens club.

It’s impossible to know how many central Ohio gamers may have seen that particular Poke Stop. But the Pokemon Go Columbus facebook page has more than 13,000 group members.

4. It’s Illegal to Touch a Stripper in Ohio

View this document on Scribd
The Community Defense Act of 2007 made it illegal to touch a stripper in Ohio while he or she is performing, unless you are an immediate family member. The law also specifically states that a nude or semi-nude performer is also prohibited from touching a patron “while on the premises of that sexually oriented business.” A violation is a first degree misdemeanor.

Businesses subject to the Community Defense Act provisions include adult bookstores, adult cabarets, and “sexual encounter centers.” The document reads that the goal of the law is to “promote the health, safety, and general welfare of the people of Ohio by preventing the negative secondary effects of sexually oriented businesses, such as lewdness, public indecency, prostitution, illegal use and trafficking of drugs, blight and sexual crimes.”

5. The Community Defense Act Has Rarely Been Used

The Community Defense Act became law in 2007, even though then-governor Ted Strickland had not signed it. But it has rarely been used in Ohio, if at all, according to a 2017 report from the Columbus Dispatch.

A spokesman from the Franklin County Sheriff’s Office told the paper, “We have not had any complaints or reasons to apply this law. We have gone back as far as we have records for, and nothing has been found.”

There have been efforts to repeal the law in Ohio, by putting it to voters. But a referendum has never been placed on a ballot. The Dispatch reports that at least one effort failed because an overwhelming number of signatures collected were found to be invalid. 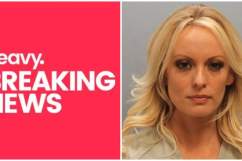