#UPDATE: Police escort out a person who appears to be in handcuffs out of Balboa High School. Two people have been detained, according to @SFPD. One person suffers from injury that's not life-threatening. https://t.co/XMjOnWsQst pic.twitter.com/53n2bF1d3S

There has been a shooting at Balboa High School in San Francisco, according to local media reports. KPIX’s Emily Turner tweeted that shots had been fired at the school. The message came in at around noon local time. The school is on lockdown. The San Francisco Police Department has said that two people have been taken into custody at the school and that one person suffered a “non-life threatening” injury at the school. A police spokesperson later said that three students were in custody and there was “no active threat.” All three persons in custody are Balboa High School students.

Breaking: Police activity locks down Balboa High School in San Francisco. We are on scene and will have more soon. Area blocked off for 1 block radius pic.twitter.com/maynWYEiu3

ABC San Francisco reports that there is a “heavy police presence” at the school in addition to EMTs on scene.

In a brief statement, the San Francisco Police Department confirmed an “incident” at the school. The SFPD said, “An incident has occurred at Balboa HS. #SFPD is on scene. Balboa HS, James Denman MS & Leadership School are on lock down at this time. SFPD PIO @OfficerGrace is responding.”

Heavily armed #SFPD are on scene at Balboa High School with tactical gear and assault rifles. The school is on lockdown pic.twitter.com/u1wvz4LhC9

The school is located at 100 Cayuga Avenue in the Mission Terrace neighborhood of the city. there hare over 1,200 students enrolled in addition to 63 teaching staff. In 2007 and 2008 the school was placed on Newsweek’s lists of “America’s Top Public High Schools.”

#SFPD taping off perimeter around Balboa High School. This is Ocean & Otsego. pic.twitter.com/mxhzgVaQ3T 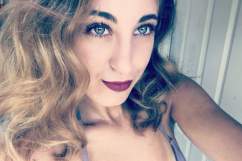 Christina Giuffre Has Been Found Safe

Read More
Breaking News, Shooting
wpDiscuz
0
0
Would love your thoughts, please comment.x
()
x
| Reply
There has been a shooting at Balboa High School in San Francisco, according to local media reports.