Carlton Young has been sentenced to 10 years behind bars for literally scaring a woman to death. He accepted a deal from prosecutors hours before the trial was set to begin. Young was accused of causing the death of Connie Loucks during a robbery attempt in Wells, Maine. He pleaded guilty to a manslaughter charge.

1. Carlton Young Was Accused of Being Part of a Burglary Ring in Southern Maine

He was charged with murder after the victim had a fatal heart attack when he tried to burgle her house.https://t.co/1U5KOF2Mae

Carlton Young was accused of being part of a burglary team that targeted Connie Loucks’ home. Investigators say Young and at least one other person entered the house on March 21, 2015. Loucks was not home at the time.

But she was there the next day when the burglars allegedly came back for a second run at the house. Prosecutors say Loucks called police to report that the alleged burglars had returned, and were knocking on her door and windows. Investigators allege that it was Young doing the knocking.

Loucks reportedly called her daughter after getting off the phone with police. The call disconnected, and first responders found Loucks unconscious on her couch when they arrived minutes later. She died of a heart attack. Young has repeatedly denied being at the Loucks home. He maintains that claim even with the guilty plea.

HAPPENING NOW: Carlton Young appearing before a judge for a plea hearing. Young is charged with breaking into a Wells woman’s home, causing her to have a fatal heart attack in 2015. @WMTWTV pic.twitter.com/ii3sXf5wPt

Carlton Young was originally charged with murder in the death of Connie Loucks. But the prosecution offered to lessen the charges if he accepted a plea agreement. Young agreed to plead guilty to charges including:

The felony murder charge was dismissed, along with misdemeanor criminal trespass.

3. Carlton Young Entered an Alford Plea While the Judge Commented on the Unusual Circumstances Surrounding the Manslaughter Charge

Here's an interesting @PressHerald story from 2016 by @scottddolan about the challenge the prosecutors will face in this trial: https://t.co/C4fyGxsZJy

The judge overseeing the case in York County Superior Court, John O’Neil, commented on the abnormality of the case. The manslaughter charge was unusual because Carlton Young never physically touched Connie Loucks. If the trial had proceeded as planned, both sides would have argued about whether Young could legally be held responsible for Loucks death when there was no physical assault.

A reporter for local newspaper the Press Herald was in the courtroom and published statements made by the judge during the sentencing. O’Neil’s remarks included:

“The evidence here justifies the concept that when you break into somebody’s house, it is a terrifying experience for the people that are inside. And even if you meant them no harm, there are consequences to your actions, and these are the consequences.”

Carlton Young entered an Alford plea in this case. Under this kind of agreement, a defendant hangs on to a claim of innocence for the record, but accepts guilty based on the prosecution’s evidence. It carries the same weight as a conviction.

4. Carlton Young Was the Only Member of the Alleged Burglary Ring Charged in Connection to Connie Loucks’ Death

Carlton Young was the only member of the alleged burglary team to be held directly responsible for triggering Connie Loucks’ deadly heart attack. The other three defendants were identified in court documents as Brian Cerullo, Cathy Carle and Marissa Vieira. All three pleaded guilty to burglary and theft charges and given sentences. Prosecutors had planned to call them to testify during Young’s trial, had it gone before a jury.

Carlton Young was originally included in the plea agreement on the burglary charges. But he backed out of that deal, insisting that he was never at Connie Loucks’ house. That’s what prompted prosecutors to add the felony murder charge in July of 2016. Additional charges including manslaughter were added in 2017.

Young’s attorney spoke for him at the sentencing hearing on August 6. Young still insists he was not at the house. But he agreed to plead guilty because he just wanted the process to end.

Brian and Connie Loucks were high school sweethearts. They had been married 42 years when she died. Brian Loucks called the defendant, Carlton Young, a coward in court today. A judge sentenced Young to ten years in prison. @WGME @FOX23Maine pic.twitter.com/Eqy2CflnBq

First responders arrived at Loucks’ home after she called police to report that burglars were back at her house. She was found unresponsive on the couch. Prosecutors argued that the stress of the attempted burglary caused her to suffer a fatal heart attack.

According to the obituary, Connie Loucks was one of nine siblings and raised two daughters with husband Brian. She enjoyed doing yoga, listening to country music and going on trips to the beach. She was 62 years old.

The Press Herald was in the courtroom when the judge ordered Carlton Young to spend the next decade in prison. Brian Loucks called Young a “coward and a punk” and said he hopes Young “rots in hell.” The newspaper also reported that Brian Loucks stated, “Not a day goes by that we don’t think about how terrorized Connie must have been that day. She was a sweet, loving, kind individual who didn’t deserve this.” 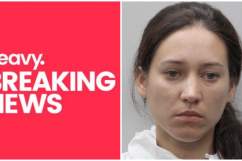