Volusia County Jail Christopher Prusa pictured in a mugshot from a Florida arrest.

A Florida man was identified as the suspect in an attempted rape that was caught on video after he was recognized through comedy videos he has posted online, authorities say.

Christopher Prusa, 34, of Florida, was arrested Saturday night on several charges, less than a day after police say he grabbed a woman outside of her home in Queens, New York, and tried to pull her toward him, the New York Post reports. He did not know the woman, according to police. Prusa, a standup comedian, moved to New York in June 2017 from Port St. Lucie, according to his Facebook page.

“He was trying to reach and grab my arm. And then as I tried to flee from him, he tried to come at me and tried to grab me again. ran and I screamed. That was my first response, because usually I have pepper spray or something, but I also like to travel, so I didn’t have the pepper spray on me at that moment,” the victim told CBS New York. “It happened in front of my house, so obviously I’m very worried, because he knows where I live. You never know when he can come and attack me again.”

1. Police Released Surveillance Video of the Attempted Attack & Prusa Was Arrested After Investigators Received Tips From People Who Recognized Him

Police released surveillance video of the August 3 incident on Saturday. You can watch the video above. The video shows the victim walking toward the door of her house in Woodside in Queens when a man, who police say is Christopher Prusa, approaches her and tries to grab her. The woman than runs away from the man. Police said Prusa also soon fled the area. According to NBC New York, words were exchanged during the incident that indicated it was an attempted rape.

Prusa approached the 21-year-old victim after she parked her car a few blocks away from her home, according to the criminal complaint obtained by the New York Daily News. “Hey, can I talk to you?” Prusa asked her, according to the complaint. The woman ignored his request, police said. When she got to her apartment door, she said she saw Prusa was still behind her, police said. She told police he came up and grabbed her arm and she screamed. Prusa said, “chill out,” as the woman pushed away and ran, according to the Daily News.

The woman was a stranger, police said. The incident happened about 3:50 a.m. in the area of 55th Street and Queens Boulevard, the NYPD told QNS.com. The victim, who was not injured, reported the crime to the 108th Precinct.

After police released the surveillance video, investigators received multiple tips from people who recognized Prusa from comedy videos he has posted online, according to the New York Post. Police sources told the Post that investigators learned Prusa was trying to sell a used car on Craigslist and contacted him posing as potential buyers. When Prusa showed up to make the sale Saturday night, he was arrested, the Post reports. 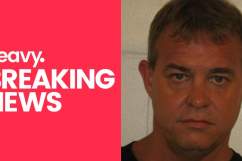 2. Prusa Has Posted YouTube Videos Promoting His Comedy, Has Performed Stand Up at Several New York City Venues Since Moving There Last June

Chris Prusa has posted videos on YouTube around New York City promoting his comedy. He wrote on his page, “I’m here to spread joy and make people smile with my silly shenanigans and perhaps inspire some thoughts with my insights.”

Prusa has also performed standup comedy at several venues in New York City, according to his Facebook page, after moving to the city from Florida in June 2017. He has promoted shows at Dangerfield’s, Gotham Comedy Club and Carolines. In an interview after a show in Florida in 2017, Prusa said he started doing comedy in 2004 while playing college baseball.

“I have a YouTube channel,” Prusa added. “I started out with standup on there, but then started to write and perform some sketches. It’s starting to kind of take a turn and get more creative and starting to collaborate with some other people to make videos. So far it’s just me by myself, you have some limits when you do that. I found a lot of things I think of that are funny they don’t translate into standup, but they will work for a screenplay. So that gives you a whole other arena of opportunity.

Prusa appears to have auditioned for “America’s Got Talent” in February 2018, according to a post on his Facebook page. He did not appear on the show during auditions this season.

3. He Has Been Arrested Previously in Florida, but Only for Traffic-Related Offenses

Prusa has a criminal record in Florida, but his previous arrests were all for traffic offenses, online records show. He has been arrested at least three times in Volusia County. In 2011, he was charged with driving under the influence. Later that year he was charged with violating restrictions placed on his driver’s license and fleeing to elude. He was also charged in 2011 with reckless driving.

Prusa’s other arrests include not displaying a license plate, speeding over 85 mph and violation of probation.

4. Prusa Is a Former St. Lucie County Teacher Who Has Also Worked in Furniture & Pharmaceutical Sales

Christopher Prusa worked as a teacher in the St. Lucie County school system from 2010 until 2017, according to his Linkedin profile. He worked at Port St. Lucie High School and at Northport K-8 School, according to the school district’s website.

Prusa is originally from Michigan, where he graduated from New Buffalo High School in 2002. He studied geography and secondary education at Western Michigan University after high school, graduating in 2006.

After moving to New York, Prusa worked as a home furnishings consultant at a furniture store in Marine Park, New York, from October 2017 to March 2018. He previously worked in pharmaceutical sales in Phoenix, Arizona, from 2007 to 2010.

Police said they found three Ziplock bags of cocaine and a bag of marijuana in his Hyundai when he was arrested, the New York Daily News reports.

According to jail records, he is being held on $5,000 bond at the Vernon C. Bain Center with his next appearance at Queens Criminal Court set for August 17. It is not clear if Prusa has hired an attorney and he could not be reached for comment by Heavy.