Don Woodson Ellis Jr. is on the run from the FBI, after he was released from prison by mistake. Officials say Ellis accomplished this by fooling deputies into thinking he was someone else. He gave them a fake name, and was allowed to walk out Wednesday, August 15.

Ellis had been behind bars for two days. He was accused of robbing a Toledo, Ohio, bank at gunpoint on Monday, August 13. Officials believe Ellis may still be armed and are warning the public that he could be dangerous.

Don Woodson Ellis, Jr was being held at the Lucas County Corrections Center in Toledo, Ohio. According to prison records, he was booked on Monday, August 13 shortly after noon. He was being held on two charges: Bank Robbery, and Felony in Possession of a Firearm.

But he walked out of prison Wednesday, August 15 around 10:30 p.m. Lucas County sheriff John Tharp told WKYC-TV in Cleveland that Ellis used the name “Antwon Moore.” The sheriff told the TV station, “shouldn’t have happened, but it did.” He did not go into detail about how Ellis altered his identification. The scam worked, and deputies allowed him to leave.

The FBI released a photo of Ellis as he left the prison. He was wearing a black t-shirt, blue shorts, and white tennis shoes with dark shoelaces.

2. Police Accuse Ellis of Robbing a Toledo Bank and Threatening the Tellers With a Gun

View this document on Scribd
FBI Special Agent John D. Wagner submitted the criminal complaint against Ellis, which Heavy.com obtained and can be read in its entirety above. Ellis allegedly walked into a Fifth Third Bank around 9 a.m. on Monday, August 13. The FBI is involved in the case because the bank is a federally insured institution.

Agent Wagner says the suspect hid his face as he approached the teller counter. He was wearing a pink shirt, dark colored mask, gloves, and sunglasses. According to the affidavit, Ellis allegedly told the bank tellers, “I want all of your money or you are going to get hurt.”

Witnesses said the suspect indicated he had a weapon by placing his hand on the side of his hip. But he did not point a gun at anyone. The tellers handed over an undisclosed amount of money. The bags included two GPS tracking units.

3. Witnesses Told Police the Suspect Fled in a Maroon Vehicle, Which Crashed During the Chase

Alert: One suspect in custody following a bank robbery at 5/3rd Bank on Glendale Ave. Use alternate routes to avoid westbound Dorr at Hawley. #toledopolice pic.twitter.com/NDp3RrGgvp

Toledo police quickly arrived on the scene after the suspect left the Fifth Third Bank. Witnesses told officers the suspect had sped away in a maroon colored Pontiac Grand Prix, with tinted windows.

The criminal complaint states that police found the suspect’s car and began chasing. The complaint does not detail long the pursuit lasted. At some point, the suspect lost control of the Pontiac. It crashed and flipped; Toledo Police shared a picture from the crash scene on Twitter.

Police say the driver got out of the car and tried to run away on foot. But he was quickly apprehended and identified as Don Woodson Ellis Jr. He told police that money and a gun were inside the crashed car.

Officers recovered the stolen money, as well as a silver colored handgun. They also found the GPS trackers and a pink shirt.

4. Ellis Is Facing Additional Charges for Allegedly Stealing the Getaway Vehicle at Gunpoint

Don Woodson Ellis could face additional charges in connection to the theft of the Pontiac. The FBI criminal complaint states that the vehicle Ellis was driving, identified by its license plate and description, had been reported stolen just hours before the bank robbery.

The 2004 maroon Pontiac Grand Prix was stolen around 4:20 a.m. on Monday, August 13. The victim told police the suspect had a gun. The theft happened at a Valero Gas station located about 4 miles away from the Fifth Third Bank.

5. Don Woodson Ellis Was Previously Convicted of Bank Robbery in 2012 and Remained on Parole

After identifying Ellis at the crash scene, investigators discovered that he had a criminal record. The FBI criminal complaint states that Ellis was convicted of bank robbery in 2012 in Michigan.

Ellis was convicted in Monroe County Circuit Court in Michigan in April of 2012. The complaint does not specify how long Ellis served behind bars for that crime. But it does state that Ellis was currently on parole at the time of his arrest on August 13, 2018. He was also prohibited from owning a firearm due to that proper conviction.

According to court records from the Northern District of Ohio, Ellis was being represented by two public defenders in connection to the bank robbery. A court hearing had not been scheduled before Ellis was mistakenly released from custody at the Lucas County Corrections Center. 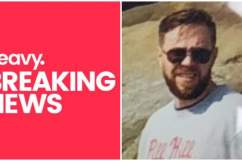