Evan Kitzmiller died on Sunday evening after he was found unresponsive at the Lollapalooza Music Festival. Kitzmiller, 16, was transported by a private ambulance from the festival to Northwestern Memorial Hospital, where he was pronounced dead, according to the Chicago Tribune. A cause of death has yet to be determined.

The Office of Emergency Management and Communications called the incident a “medical emergency” and released a statement that read: “We are saddened to learn that an individual transported from the event in critical condition last night due to a medical emergency has since passed away.”

Read on to learn about Kitzmiller and the details surrounding his death.

1. He Reportedly Saved Money All Summer to Buy Lollapalooza Tickets

Evan Kitzmiller’s father tells me they are waiting for his son’s cause of death. Kitzmiller died @lollapalooza Sunday night. @ABC7Chicago He tells me the #MundeleinHigh student saved all of his money to go to the 4-day music festival. pic.twitter.com/ZsOGFAKj6z

In an interview with the Chicago Tribune, Kitzmiller’s mother Melissa revealed that he had been planning to attend Lollapalooza all summer, and that he began saving up money by working “six days a week at the car wash down the street.” James Wright, a friend of Kitzmiller’s, who spent the first few days of the festival with him, echoed the sentiment. “That’s only thing he wanted was work to go to Lollapalooza,” Wright told NBC Chicago. “We both saved enough money to go, bought our tickets together.”

Both Wright and Kitzmiller’s mother said that he was a fan of nearly every artist who was set to perform at the festival, including Bruno Mars, Jack White, Vampire Weekend, Post Malone, The Weeknd, and Tyler, The Creator. “He liked them all,” said Mrs. Kitzmiller. “They were all people he listened to.”

“We thought he was OK, that he was in good hands,” Wright added. “And then out of nowhere just people said, ‘Evan’s not okay.'” Dino Nasios, the owner of the Atlas Car Wash where Kitzmiller worked, was similarly taken aback by the news of his death. “He told me about a month ago how he was going to get that four-day pass to Lollapalooza and he had been talking about it ever since. He was super excited to go,” Nasios said. “It’s too young to lose someone like him. An unfortunate situation you don’t want this to happen to anybody.”

2. He Was In Contact With His Family Shortly Before His Death

In the Chicago Tribune interview, Mrs. Kitzmiller states that she was in touch with her son throughout the festival. She said she last spoke to him around 6 p.m. on Sunday (a text that read: “Going fine”), and that due to a lack of identification on his person, wasn’t notified of his condition until well after the incident occurred. Mrs. Kitzmiller said that she received a call around 9 p.m. from a medic who said her son may have been transported to the hospital, but could not verify his identity.

The Tribune reports that Kitzmiller had been traveling with a group of friends by train for each day of the festival, and one of them gave his mother’s phone number to the medic. Evidently, Kitzmiller had purchased his wristband from somebody else, so the name on it was of no help to medics or Lollapalooza coordinators. His family traveled from Mundelein, where they live, to the hospital at around 10 p.m. They were officially informed of his death two hours later.

3. He Was an Honor Roll Student at Mundelein High School

Kitzmiller was going to be a junior at Mundelein High School. His mother told the Chicago Sun-Times that he had “tons of friends” and that “he was a good kid.” Playing video games and listening to music were some of his most notable hobbies, and, according to Ron Girard, a spokesman for Mundelein High School, was frequently an honor roll student.

Kitzmiller played several different sports as a freshman, including football, basketball and baseball, but did not participate in any sports as a sophomore. Its unclear why he didn’t participate in any sports or whether he would have in the upcoming school year. In 2013, he uploaded a video to YouTube where he plays a prank on his younger brother, who’s now 13. You can watch it above.

4. His Mother Believes That His Heart Stopped After He Had a Seizure

While the specific cause of Kitzmiller’s death has yet to be determined, his mother believes that he may have had a seizure that caused his heart to stop. She did go on to say, however, that he had no prior history of seizures of epilepsy, and that she doesn’t know what would have caused it. “They tried to revive him, his heart stopped and they tried to revive him, said Kitzmiller’s father Andrew. “The doctors spent a long time trying to get him back.”

“He was having a great time [at] Lollapalooza,” Andrew told ABC 7. “He had worked very hard all summer at the car wash saving up his money, and this was the capstone to his summer vacation. So he was very enthusiastic and happy about being able to go.”

Lollapalooza released an official statement at the time that Kitzmiller’s death was made public. “We are saddened to learn of the death of an individual who attended Lollapalooza on Sunday,” it read. “The individual’s family and loved ones are in our thoughts during this difficult time. We have no further information at this time.”

5. Authorities Have Launched an Investigation Into His Death

16-year-old Evan Kitzmiller was found dead at Lollapalooza. Cause of death is still unknown. pic.twitter.com/bbwVYTA7e3

While there have been no further details released about Kitzmiller, the Daily Republic reports that local authorities have launched an investigation into his death. Melissa Stratton, who works for Chicago’s emergency management office, told the New York Post that officials are saddened by the death, and that safety and security are their priorities.

Chicago’s Office of Emergency Management and Communication gave an official update on the status of Kitzmiller’s death. “The safety and security of festival attendees is our top priority. We are saddened to learn that an individual transported from the event in critical condition last night due to a medical emergency has since passed away,” they said. “Our thoughts and prayers are with his family and friends at this time. The circumstances are under investigation and we have no further details at this time.” 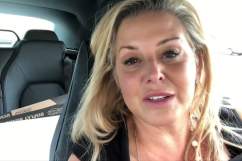