Former Arizona Sheriff Joe Arpaio recently admitted that he was among the high-profile people duped by comedian Sacha Baron Cohen for the Showtime series “Who is America?” The show aired on Sunday, August 5. In the episode, Cohen pretends to be a Youtube star from Finland named OMGWhizzBoyOMG who strongly supports the second amendment.

In the full clip below, Cohen quickly shifts the conversation from gun rights to more sexual topics and brings up Donald Trump. Arpaio seemed a bit perplexed, but continues with the interview anyway.

Cohen: President Trump, he’s your friend. Do you think he might have had a golden shower?
Arpaio: It would surprise me.

Cohen: Do you think there’s any way you could get President Trump to give me a golden shower?
Arpaio: In Finland?
Cohen: Or in America! In Washington, in the White House!
Arpaio: I’ll tell you one thing. If he sees this, and the way you’re speaking, he’s gonna like you. Because you think like he thinks. And this is very, very interesting.

The question that has viewers buzzing happened at the end of the clip. Cohen asks Arpaio if he would accept oral sex from President Trump. Arpaio answers yes.

Cohen: If Donald Trump calls you up after this and says, ‘Sheriff Joe, I want to offer you an amazing blow job’ would you say yes?

Arpaio: I may have to say yes.

Joe Arpaio has not directly commented on social media about the episode since it aired on Showtime. But he retweeted a post from his communications director, former Breibart News reporter Jennifer L. Lawrence, early Monday morning. She wrote that she would have to explain to Arpaio what a “golden shower” is and called Sacha Baron Cohen a “sicko.”

Thanks a lot @SachaBaronCohen and @SHOwhoisAmerica it’s not going to be awkward at all explaining to @RealSheriffJoe what you meant by “golden shower”. You sicko ???? 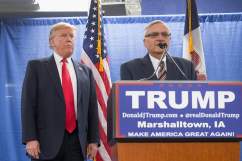 Joe Arpaio served as the Sheriff of Maricopa County in Arizona for more than two decades. He lost re-election to the position in 2016. Arpaio is currently running for the Senate. The Republican primary election is scheduled for August 28.

Joe Arpaio had a long history of controversy during his career as Sheriff of Maricopa County, especially in his handling of illegal immigration. He was accused of enforcing a policy of racial profiling that unfairly targeted Latinos in his jurisdiction.

Arpaio was told he could not detain immigrants simply because of their legal status, but his department continued the practice. In May of 2016, a judge declared Arpaio in contempt of court. He was convicted in July of 2017. But the 85-year-old was never sentenced. President Trump pardoned Joe Arpaio in August 2017 ahead of the sentencing hearing. 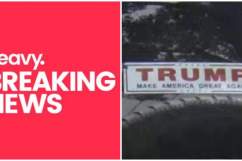