Matthew Matheny was found alive on Mount St. Helens in Washington state after a nearly week-long search. The Cowlitz County Sheriff’s Office says a rescue team found Matheny on the flanks of the mountain on Wednesday, August 15.

40-year-old Matheny was flown by helicopter to Southwest Washington Medical Center in Vancouver, Washington to be checked out. The Sheriff’s office shared on Facebook that Matheny did not appear to be suffering from any significant injuries. Deputies have not shared more specific details about his condition.

Stephen and Paul were part of the volunteer team who found Matthew Matheny. They said he was deep in the forest and responded to one of their calls during today’s search. Said Matheny was around Ant Canyon. Had no water since Thursday. pic.twitter.com/Iz5P7kWTCa

Reporter Eileen Park with CBS affiliate KOIN-TV spoke with two volunteers who were part of the team that found Matheny. She shared on Twitter, “Stephen and Paul were part of the volunteer team who found Matthew Matheny. They said he was deep in the forest and responded to one of their calls during today’s search. Said Matheny was around Ant Canyon. Had no water since Thursday.”

Matheny’s parents spoke with KATU-TV reporters outside the hospital. He explained to them that he had “taken a wrong turn” and got lost on the way back to the car. Matheny was unsure how far he traveled, because he kept walking every day. They said he survived by eating berries in the woods, and also bees that he killed after they attacked him. Matheny’s parents said he was dehydrated, but other than that uninjured.

“Searchers have found Matthew Matheny alive up on the flanks of Mt. St. Helens. He is being transported by helicopter to an area hospital.” pic.twitter.com/NQcV3bhoYh

Matheny, from Warren, Ohio, traveled to Washington to visit friends from college and explore the area. KATU-TV reports that Matheny borrowed his friend’s gray Subaru Outback on Thursday, August 9 and headed toward the Mount St. Helens National Volcanic Monument. His friend, Michael Bush, told WFMJ-TV that when Matheny did not return that night, he assumed Matheny had gone to a hotel.

But when Matheny had still not surfaced Friday morning, Bush called police to report him missing. Bush told the TV station that Matheny was not used to spending long amounts of time in the wilderness. He said Matheny went to Mt. St. Helens wearing only a t-shirt, shorts and flip flops. He did not bring any food with him either.

Rescue crews began searching for Matheny in earnest on Saturday, August 11. Deputies tracked his cellphone, which led them to the Blue Lake trail which ascends up the volcano. The SUV was parked near there. The area is popular with tourists and hikers.

The sheriff’s office revealed that it was the Volcano Rescue Team out of Skamania County that discovered Matheny. But further details about the rescue were not immediately disclosed. 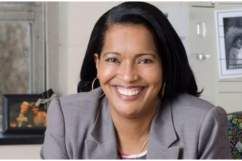