Trevor Heitmann, a popular YouTuber and online gamer known as McSkillet, got in his $250,000 sports car and drove it 100 MPH the wrong way on a San Diego freeway and collided head-on with an SUV driven by Aileen Pizarro. Her daughter Aryana, 12, was in the car with her mom.

The fiery crash that engulfed several other vehicles in flames claimed the lives of the mother and daughter. Heitmann too was killed. It’s been reported he was on a suicide mission. But he took an innocent mother and daughter with him.

The Pizarro family has been grieving but they have not been alone in their grief. Tens of thousands online have reached out with condolences. But so too have celebrities that Aileen and Aryana adored including Dwayne “The Rock” Johnson and singer Alessia Cara.

The story is at once heartbreaking and poignant. Here’s what you need to know:

Aryana Was Supposed to Start Seventh Grade Today at the Creative Performing and Media Arts School. Aileen Was About to Become a Fully Licensed Marriage & Family Counselor

Heitmann drove his McLaren 650S, which he bragged about in a video from 2017 for its power and luxury, on state highway 805 in the late afternoon at more than 100 MPH, witnesses said, heading in the wrong direction colliding with the Pizarro’s SUV with both vehicles bursting into flames, the San Diego Times Union reported.

The crash happened just days before Aryana’s first day in the 7th grade for the young singer who loved to read, do math and homework. And listen to music. She loved popular music but also jazz and standards. She was a talented, happy young girl with a bright future ahead of her.

Her mom Aileen, 43, was an intern marriage and family therapist thisclose to getting her full license.

Our condolences to the family of Aileen Pizarro, an MFT Associate killed in a crash on Thursday (along with her daughter). We mourn this tragic loss. https://t.co/aVYB1TNBQd

The California Association of Marriage and Family Therapists posted its sympathies to Aileen’s family on its Twitter and Facebook pages.

“Our condolences to the family of Eileen Pizarro an MFT associate intern who was killed this is a tragic accident and we mourn the loss of our therapist colleague.”

The Pizarro Family is Grieving, But They Are Not Alone

I miss you both ❤️ pic.twitter.com/1EmY3wrdoj

Dominic, 22, and his brother Angelo Pizarro, 19, trying to cope with their loss, created a GoFundMe to help pay for their mother and sister’s funerals.

In a heart-wrenching post, Dominic, an Air Force reservist, wrote, “Yesterday, both my mother and sister were taken from our family in an instantaneous car accident in San Diego! During this time, me, my grandfather, and brother are trying to come to grasp with our new reality and push forward with our lives,” Dominic wrote. He was set to begin working on his masters degree, it was reported.

“This GoFundMe is to help aid my family with funeral costs and any additional expenses related to Aileen and Aryana’s deaths! Thank you for all your support!! ❤️❤️”

thank you to all the gamers and youtubers who have donated to the GoFundMe or promoted the link. Means a lot and thanks to you two of my family members wouldn’t have been killed for nothing. ❤️

Angelo tweeted his thanks for donations from the gaming and You Tube communities.

Aileen Was a Dewayne Johnson Superfan. The Rock Posted a Video Condolence to Her Family

My beautiful mom who passed away loved @TheRock so so SO much. I’m trying to get him to do even a video saying her name for the funeral. If you could retweet the crap outta this for him to see it that’d mean the world. Thank you! pic.twitter.com/ypr4ZJzMxw

“My beautiful mom who passed away loved @TheRock so so SO much. I’m trying to get him to do even a video saying her name for the funeral. If you could retweet the crap outta this for him to see it that’d mean the world. Thank you!”

His posted was retweeted 63,000 times. He was stunned by the outpouring of love and support.

And then this happened:

@TheRock THANK YOU SO MUCH SIR. I hope everyone knows how amazing you are. I can’t stop smiling knowing she’s smiling so much. Just, thank you. And again thank you to every single person who viewed my post (now over a million). pic.twitter.com/tQisyRGgVT

“@TheRock THANK YOU SO MUCH SIR. I hope everyone knows how amazing you are. I can’t stop smiling knowing she’s smiling so much. Just, thank you…”

Vocalist Aryana Was an Alessia Cara, Bruno Mars, Taylor Swift & Maroon 5 Fan. One of Them is an Aryana Fan

Hey @maroon5 @alessiacara @taylorswift13 @BrunoMars My sweet 12 year old sister was killed in a very high profile car accident. If you could somehow record a message for her funeral it’d mean the world. She loved you all. Everyone please RT this for them to see. pic.twitter.com/uL1VxckrY3

Angelo took to Twitter to ask his sister’s favorite recording artists a favor.

“My sweet 12 year old sister was killed in a very high profile car accident. If you could somehow record a message for her funeral it’d mean the world. She loved you all.” He tagged Taylor Swift, Bruno Mars, Maroon 5 and Alessia Cara.

Aryana was a singer. And she sang with Dominic and Angelo, ‘The Pizarro Brothers.’

According to their Facebook page, brothers Dominic and Angelo Pizarro began studying classical music as toddlers and later focused on jazz and pop music. They started performing duets on one piano in 2003; Dominic was 7, Angelo was 4 at community festivals, cafes and nursing homes in Santa Monica. By the time they were teens, they’d performed on local TV, at charity events and myriad other venues from schools to shops. They opened for Marvin Hamlish in 2010. A frequent guest was their sister, singer and performer Aryana.

Here Aryana is singing ‘Summertime’ from Porgy and Bess last year at age 11. Dominic accompanied her. And the trio performed just a couple of weeks ago at a local cafe.

People Were Incredulous & Angered by What Heitmann Did. But Angelo, Trying to Emulate His Sister, Wants to Forgive the Teen Who ‘Basically Murdered’ His Sister & Mother

A little something I wrote earlier… pic.twitter.com/qTllfzG2NB

Still, many were outraged that Heitmann’s videos, gaming or popularity was even mentioned. He killed two people.

You do know he killed two innocent people right

Dude drove his McLaren at 100mph on the wrong side of the freeway to commit suicide causing an 8 car crash, killing a 12 year old girl and her mother but everyone is being sympathetic because he was a YouTube gamer. Gtfoh. #Mcskillet

People posted on this tweet from February about his death and that while he may have been depressed as some allege, others could not forgive the fact that he may have committed suicide and in doing so, also committed murder.

If this is true, you involved other people in your death, fuck you.

Angelo and Dominic provided some details about their mother and sister’s memorial. 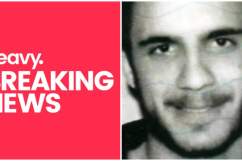 Read More
Breaking News, Celebrities, Crime, Youtube
Aileen Pizarro, 43, and daughter Aryana 12, were killed in a high-speed wrong-way crash. 'The Rock' and singer Alessia Cara have reached out to the family.