Joshua Frith A Delta passenger recorded a baggage handler "recklessly" tossing bags and a stroller down the chute.

Delta Air Lines is receiving some negative attention after a video of one of its employees went viral. In the video above, a baggage handler at John F. Kennedy International Airport in New York is seen throwing luggage down the chute so it can be loaded onto the plane. One bag appears to have flipped over at least once before landing hard on the chute.

But it was the lack of care shown for someone’s stroller that made the recorder gasp. The stroller bounced off the side of the chute and slammed onto the pavement below.

Th video was shared on Facebook by Joshua Swain Frith on Thursday August 9. Frith wrote in the caption, “We witnessed this Delta Air Lines baggage handler recklessly tossing bags and a strollers yesterday. He was assaulting those bags. But the stroller was attempted murder. ?

Within one day, the video went viral. It has been watched more than 100,000 times. The attention prompted Delta Air Lines to release an official statement.

“We apologize for the lack of care demonstrated while handling the stroller in this video and are following up directly with the employee to ensure better handling in the future. This is in no way representative of the great work Delta people do each day as they help thousands of customers and their bags safely reach their destination.”

On its website, Delta Airlines does not promise to replace or compensate passengers if luggage is damaged during flights. Passengers are advised to report any claims of damage within 24 hours. Delta’s policy states:

“If you feel your baggage was damaged during a flight, bring it to the Delta Air Lines airport baggage office immediately after arrival. All damages will need to be reviewed and evaluated by the baggage service office personnel. If advised, complete the Baggage Claim Form above, in “Begin Your Claim”, as soon as possible. You must report your claim within 24 hours for U.S. travel and seven days for international travel.”

Here’s how other airlines stack up when it comes to handling damaged luggage.

• United Airlines reimburses passengers for up to $3,500 in damage on domestic flights. Damage to wheelchairs and other assistive devices may be eligible for greater compensation.

• American Airlines will also reimburse passengers up to $3,500 for damage. But their policy specifically states that passengers need to prove that they had abided by all of the airlines’ baggage policies and that the bag was not overstuffed. Passengers have 24 hours to report damage.

• Southwest Airlines requires passengers report damaged luggage within four arrives of arriving at a destination. The website states that a Baggage Service Agent will assess the damage, but the only other additional information there is that the airline will do “all that we can to rectify the situation.” Southwest also clearly states that it is not liable for any damage to carry-on items.

• JetBlue has a similar policy as Southwest. Passengers have four hours to report that their checked luggage was damaged. The airline caps any reimbursement at $3,500. JetBlue also states it is not responsible for any carry-on items that are broken. 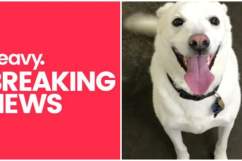 Loading more stories
wpDiscuz
0
0
Would love your thoughts, please comment.x
()
x
| Reply
A Delta Airlines employee was seen on camera throwing luggage and a stroller haphazardly onto the chute, and the video has gone viral.