Wright Patterson Air Force Base has been locked down after reports of a shooting in the medical center. WHIO-TV reports that an armed person is barricaded inside of the base’s hospital. There has been no confirmation of any shots fired or of any injuries. Reports of the shooting first came through at 12:40 p.m. on August 2. The base is located 10 miles east of downtown Dayton. Law enforcement officers from “multiple agencies” are on scene. WCPO’s Evan Millward reports that all local law enforcement were later told to leave the scene because the FBI was taking over.

A nearby college, Wright State, tweeted at 1:40 p.m. that the “incident has been contained.” Between military personnel and civilian employees, there are about 27,000 people on base.

The college had earlier tweeted, “We are hearing reports of an active shooter situation at WPAFB. This poses no threat to our campus; however, please stay away from the base. Tune into your local news source for updates. Our thoughts are with our friends at the base.”

My dad works on the base. He’s not near the hospital but knowing he’s on lockdown is beyond scary. pic.twitter.com/FS0B81hwke

A tweet from the official base account read, “At approximately 12:40 p.m. today, base emergency responders, including security forces and fire department, responded to a reported incident in building 830, the Wright-Patt Hospital. There are no additional details at this time. Information will be released as it is available.” Building 830 is the location of the hospital’s neurology department.

The Greene County Sheriff’s Office has shut down SR 844/Kauffman Avenue as the investigation continues.

Speaking to the Dayton Daily news, Marie Vanover, the director of public affairs at the base, “At approximately 12:40 p.m. today our base emergency responders which included security forces and fire department personnel reported to an incident in building 830, which is the Wright-Patterson hospital. No additional details are available at this time and info will be released as it becomes available.”

According to the base’s official website, the medical center is home to the 88th Medical Group and is one of the largest Air Force Military Treatment Facilities that treats around 58,000 eligible beneficiaries. 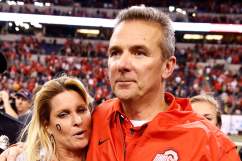 Loading more stories
wpDiscuz
0
0
Would love your thoughts, please comment.x
()
x
| Reply
There are no confirmed reports of any shots fire or of any injuries.